Pie birds are nifty little creatures. Made of porcelain they stand upright on webbed feet with open beaks on upturned heads, but they’re not just old-school kitchen paraphernalia or cute collector’s items, they serve an important purpose when making a pastry-topped fruit pie. Bulky fruit such as apple releases a lot of liquid as it cooks down and when that liquid bubbles up it needs to escape as steam or it will cause the pastry to go soggy. Soggy pastry is no one’s friend! A good pie bird will have spaces between the feet and at the back of them, in front of the tail. And a nice wide beak. My favourite pie bird (I have a few!) is the white one pictured here. I bought it in London about 40 years ago so it’s certainly had its tail feathers in a few pies over the years! It’s superior to many of the others in my collection: it is narrower, so doesn’t take up so much space in the pie, with plenty of room underneath its feet for juices to bubble up, and it’s got a wide open mouth, not just a pinhole in the beak, so steam quickly passes out. My Taiwanese black bird is a bit of a common fellow, with no fine markings etched on its lumpy body and not much room under its feet. But it does have a yellow beak and little pinprick eyes. I’ve just seen one for sale on an internet site for $10.00 but do you know what? He hasn’t got the eyes painted in. Mmmm. You can see that one can become quite pedantic about these things … 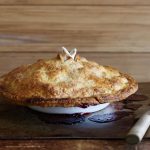 The important things to look for then are space under the feet and to make sure the hole in the beak is not closed over. It would be really dumb to buy one with an open beak and no steam hole! You can also buy porcelain pie funnels which serve the same purpose. But why would you when the birds are so much more endearing? And, yes, I will willingly accept any pie bird cast offs. I’m rather fond of them. 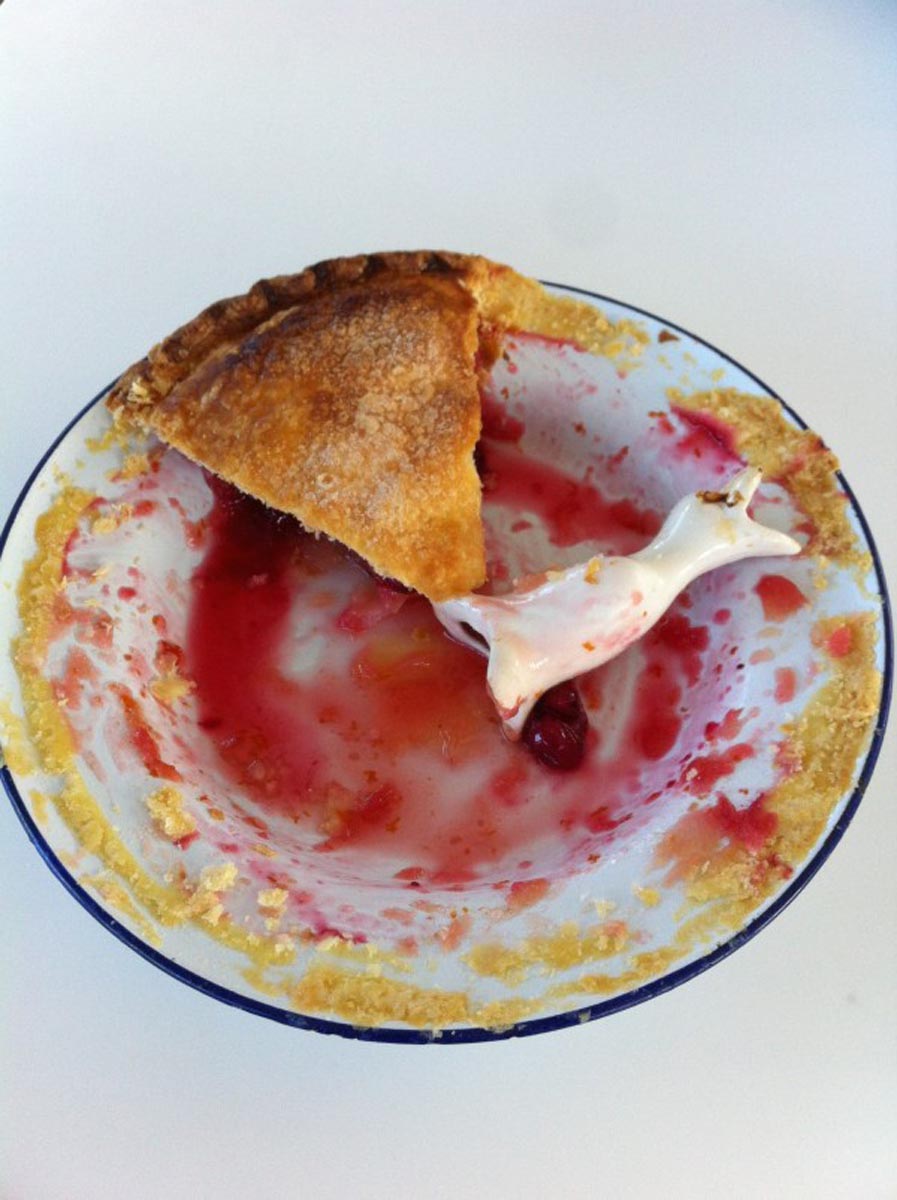 Remains of the pie

Pineapple – Easy to prepare when you know how
Removing the eyes (little pesky bits) from a pineapple, and the core, ensures a tender mouthful of juiciness with every slice.
The remarkable date
Dates are seriously good for you. True!
Seasoned Butters & Oils
Flavour bombs!
Apple & Walnut Filo Pie
Flaky filo, tangy apples, walnuts and cinnamon.
Plum or Nectarine Friands
Buttery crispy-edged mouthfuls of gorgeousness