Cardoons may be new to you, but they’re an ancient vegetable.

They are quite simply a thistle, like artichokes, to which they are related, but they’re cultivated for their fleshy succulent stems and stem base rather than for buds or flowers. While they taste similar to artichokes and are no fiddlier to prepare, artichokes have the edge – they’re sexy, scary, intimidating, delicious – whereas a bunch of cardoon leaves look like a swollen ratty head of celery, and once cooked, not much better. Oh, but they taste good.

Native to the Mediterranean, cardoons are popular in Spain, the south of France and Morocco, among other places, but are perhaps best known in Italy as an accompanying dipping vegetable to bagna cauda, a classic and spectacular Piedmontese dip made with warm butter, oil, garlic and anchovy. Piedmontese cardoons are a particularly small variety with tender stems, and to accompany bagna cauda, they are served raw. I don’t recommend following suit with any other variety as most types of cardoons will be too stringy to eat raw. They’re grown in other areas throughout Italy, and that’s where they get interesting: Think tasty stocks, bubbling cheese, crunchy fried nuggets, and you’ll get the idea.

Like artichokes, allow time for preparation, and get set up before you start. Have some cut lemons on hand, because cardoons go brown just like artichokes when they are cut. You’ll need a sharp knife, but choose stainless steel not carbon, because carbon steel will react badly with the cardoons and blacken them. Have a saucepan filled with cold water and 2 tablespoons of white vinegar. You could use more lemons here if you have them, but vinegar is cheaper and does the same job. When all is ready, work on one leaf at a time. 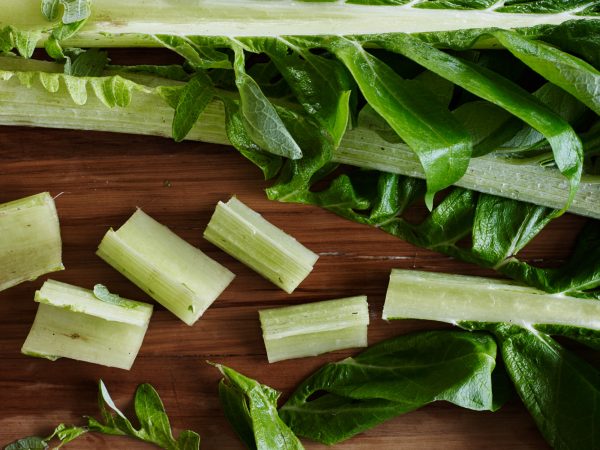 Cut off all the leaves – even tiny ones are inedible – cutting away the edge of the stems as you do so. And watch out for sharp thorns. There are none showing in the photographs attached here, but most varieties will be thorny. Run a vegetable peeler down the length of the stem to remove as many strings as possible. Strings are your enemy and you want them out of there! Trim ends of stem, wash thoroughly, then rub cut ends and sides with lemon. Then cut into short lengths, rub with more lemon and add to saucepan of acidulated water. Repeat with remaining stems. When all are done, drain, return to saucepan, add fresh water to cover, and throw in 2-3 halves of the lemons you have used for rubbing the stems. Bring to a gentle boil, lower heat, partially cover with a lid and cook gently for 30-40 minutes until tender. Drain, and dry off, then they’re ready to go:

I could go on but this probably gives you the idea. Bear in mind, they don’t look much, just like a bunch of old leaves to begin, but like turning a sow’s ear into a silk purse … you can create a scrumptious dish.

If you grow your own cardoons – and gardeners love them for their appealing silvery grey-green foliage, and the way they bush out and fill a gap or corner in a garden – you’ll of course want to eat the ‘heart’ or the stem base. It’s thick and succulent and better than an artichoke heart simply because there is more of it and you can have a feast, but you need to trim it well, de-string it and cut it into quarters first. Patience is required. 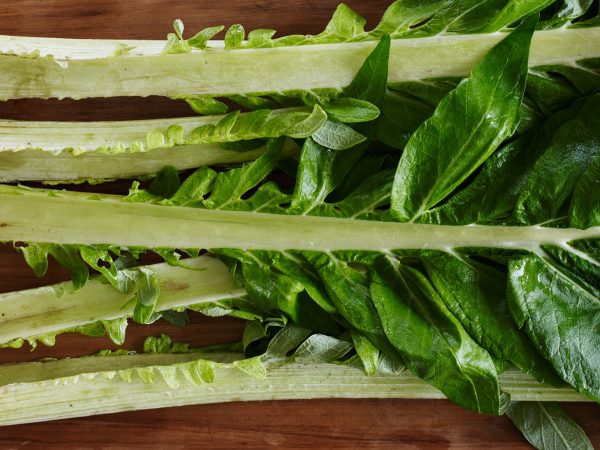 Pineapple – Easy to prepare when you know how
Removing the eyes (little pesky bits) from a pineapple, and the core, ensures a tender mouthful of juiciness with every slice.
The remarkable date
Dates are seriously good for you. True!
Sunken Apple Cake
The Germans sure know how to make a good Apfelkuchen!
You can’t beat fresh produce!