I always thought I would end my days on Waiheke, an old biddy with hair in a bun, living in a dilapidated cottage, wild flowers mingling with weeds, a cat on my lap for warmth, writing away into the dead of night until the thoughts no longer came to me. This may still happen, in fact, there is every chance of it, as I have already taken up residence on the island.

I moved in to my house with little fanfare, that is, from the cartage company (Pickford’s) who moved me here; who could blame them for not feeling like blowing the bugle after carrying cartons containing 2000 books down the stairs from my home in Auckland to the removal truck, taking the truck on the car ferry to the island of Waiheke, negotiating the reversal of the truck up a short but steepish driveway that has a narrow entrance and a loose gravely surface, to my new house, then carting the books and numerous belongings from the truck up a flight of stairs. Expertly done, actually, just like I thought it would be (being a born optimist) and not a thing broken. I made chitchat with the removal men, as you do, although they told me, not everyone does, and asked one of the lovely fellas if he played sport. He looked at me wide-eyed in disbelief. By the end of the move having seen the physicality of the job I could see all you’d want is a cold shower and a lie down. Silly question, then.

My friend Joanne, who is also on tank water at her place, stayed and helped with the unpacking. That was nice. She had lots of good advice, most of which I didn’t want to hear. No! I would not be having a plastic basin in the sink to do the dishes. Yuk! Perish the thought. What? I can’t use Jiff, Janola and Dynamo? I’ve got to look after my drains and not put any nasty chemicals down them. Righhhht. No, I’ll never eat my dinner perched on a stool rather than at the table even if it is more convenient. Close the door to keep the moths out, you’re in the country now. You’ll need a nightlight. Why? It’s so dark without town lights. Oh, I’ll think about that. Listen to the birds! Yep. Listening. Come outside and listen to the birds and close the door after you to keep the moths out! Would you marvel at those birds. Yes, the birds are marvellous.

Three days later I am at a shop buying a plastic bowl to put in the sink to wash the dishes. It’s bloody marvellous. So are the birds. They chirp and sing, dip and soar, and flutter noisily by letting me know who owns the place.

Stressing over dishes is a thing of the past. With a basin you can still pour other liquids into the sink without them stuffing up your sudsy water. Oh, all new cleaners now. The ECO Store has done really well out of me: dish detergent, clothes detergent, shower cleaner, clothes detergent, foamy hand stuff that uses minimal amount of water to clean hands. Everything smells of grapefruit. I don’t mind that. I quite like grapefruit. 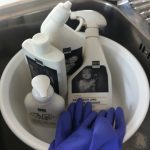 I didn’t get detergent for the dishwasher, although I have a dishwasher. It uses 14 litres of water per wash. 14 litres! That’s a joke. No, it’s not, actually, that is the amount. But it’s a joke that anyone in their right mind who lives in a house dependent on tank water would put a dishwasher in their kitchen that uses 14 litres of water a wash. But I’m already spouting the Waiheke lie, ‘No, seriously, I quite enjoy doing dishes by hand’. Truly, it is fine doing a few things by hand, warm sudsy water, rinse off the bubbles with a kettle of boiled water to hand (thick rubber gloves essential), stack then dry while still piping hot. Clean as a whistle, whatever that means. I’m not sure I will be so chirpy when I have 10 people around for dinner. And the problem is what shall I do with all my chemicals? I can hardly pour them down the sink. Oh, and of course I perch on a stool to eat casually when I am by myself. Set the table for one? Whaaaa?

The sudsy water comes in handy. My little rose bushes were covered in tiny green aphids. Oh for a handful of ladybirds. But there are none. The next best thing is to put sudsy water in a squeegee bottle and squirt it all over the aphids. They hate it. I didn’t have a squeegee bottle, so I just moistened my fingers and ran them over the aphids, collecting them, and dunked them in the soapy water, then splashed the water over the plant. No more aphids. True.

I won’t starve on Waiheke. I’ll be able to have a tomato sandwich in about three weeks. Might be waiting awhile before I get a bowl of rocket though … 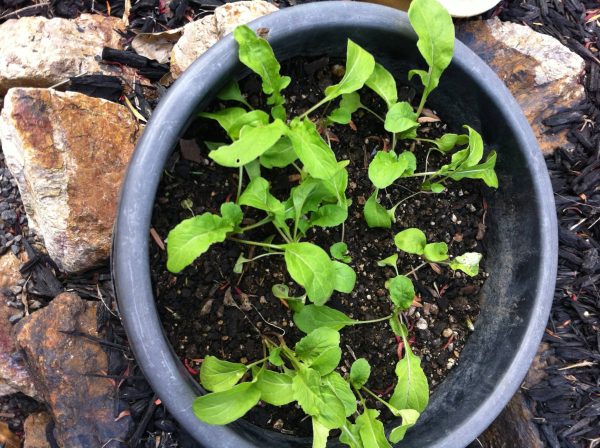 Pineapple – Easy to prepare when you know how
Removing the eyes (little pesky bits) from a pineapple, and the core, ensures a tender mouthful of juiciness with every slice.
The remarkable date
Dates are seriously good for you. True!
Coopers Creek Vineyard – still family owned after 38 years
And still producing award-winning wines.
Crying lamb
Rark up the oven and get cooking a leg of lamb ...
Grilled Swiss Sandwiches
Cheesey, melty, crunchy, tangy, salty, juicy mmmm. Brunch has never been better.