Like many other chefs Bevan Smith not only cares about the environment and champions ethically produced food, but he does the business: he grows a great deal of the produce served up at his North Otago restaurant and knows the provenance of anything brought in. He’s liked and admired not just for being a great chef, but for being a helluva nice person, too. He runs the award-winning Riverstone Kitchen restaurant with his wife Monique. Riverstone Kitchen Another Helping is his third book.

“I grew up in Wellsford, north of Auckland. My parents were dairy farmers. But they were ahead of the curve and moved back south in ‘83. Dad still farms. If you’re looking for him, he could be anywhere in a 30k radius. He’s 71 and just got a new huntaway dog so he’s not stopping for awhile yet!

“I did a chef’s training course in Christchurch, then took off to London for 2 years and managed to work in Terence Conran’s La Pont de la Tour and Michael Caine’s Canteen. Marco Pierre White had left by then. After London I moved to Brisbane and worked in Philip Johnson’s famed e’cco bistro and worked up to head chef. That rounded me out. It was a good few years of learning.

“Riverstone Kitchen wouldn’t be what it is without my wife Monique. Back in 2006 we started with a shed and a paddock, just an idea really, but we had a vision. It’s grown into an institution. That’s great. It has certainly been a lifestyle change. There’s a real community around us now.

“Mum is a powerhouse in the garden. She’s usually always down there. She’s planted nearly every tree on the property. Right now she is building herself a house – it just happens to be a castle. She’s got a bit of vision, has mum. She’s not going to shrink away in her older years and will leave a legacy for sure. She brings in armfuls of zucchini flowers and stuff and we just cook them. We are so lucky to have so much produce from the Riverstone garden. All the leafy greens, all our herbs and our specialty vegetables, and we’ve got cress, fennel and artichokes at the moment. There are 50 cherry trees on the property, 8 apple varieties, and this is great because the cox’s will be first, then the grannies come on last – and we’ve got quince and plums and apricots. Everything grows at different times. Our garden is really a window into the seasons and we cook what’s in there. We don’t write a menu then go find the produce. The produce is there so we cook it.

“We make our own sourdough bread, ice cream, and sausages. We break down our animals, too. 1 pig a week and 12 lambs every 6 weeks. We pick off what we can on a list of jobs, tackling things we want to do. 2015 is the first year where we have been confident enough to take whole pigs. That means we break a pig down into cuts and use everything, we don’t waste a thing. It’s quite a big job. When some young chefs start here they haven’t even broken down a chicken before so it’s a bit of a shock for them at the start when they see 10 lambs come in. But nothing is difficult to do once you know how to do it, so we show them and get on with it, and they learn. We have amazing resources here and we are constantly learning how to cook new things and how to make things easier and simpler. Refining the refined is what we call it.

“We’re getting on with the summer rush, feeding people. It’s not pretentious cooking at Riverstone Kitchen. It’s busy and we expose a lot of people to better food because it is home grown. We don’t believe you have to be wealthy to eat well. The book is an extension of that, we like to think we are helping steer people in a healthy direction. We have fun, too. A friend invited us round for a barbecue and when we turned up he was doing a lamb on a spit on his driveway. Haha! You can do anything you want to in New Zealand. We thought we were just going for a simple barbecue meal.

“And it’s not all doom and gloom down our way. You can still catch food with your kids. I’ve had a couple of goes crabbing, but I don’t like catching them! I like yabbies’ (koura) you can see them, unlike crabs. You can get lots in one go, enough to do something decent with. We pick whatever is out there. There’s miner’s lettuce. It grew back in the Gold Rush days. It’s a weed, like a ground cover, and pops up the first days of spring. It’s like purslane in texture, and not really peppery. It starts out spade-shaped then grows up and the leaves become round and it gets tiny flowers. It comes back every year. Free leaf. That’s what we like. So we just eat it! 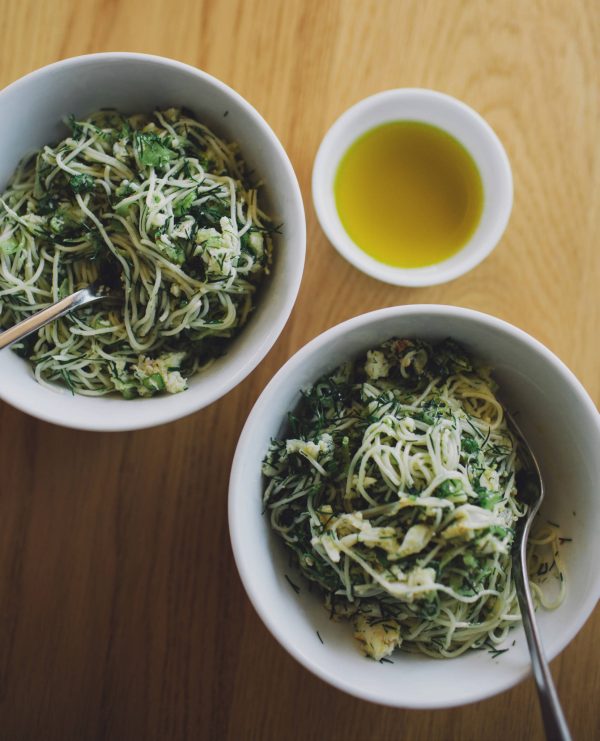 “Books are another facet of the business. Traditionally we break at Christmas for 10 days and spend that time with our family. We took a breather after the first two books, to enjoy summer and the kids. It was great and after that we decided it was time to get back into it and crack out another book.

“The new book has the same style of food as the previous two, but it’s more approachable. When you’re a chef it’s easy to write recipes for chefs, but this book is for home cooks and I have made an effort to write for them. We want people to cook the recipes at home! We realise our idea of normal is different to that of most people and we need to be realistic about what they can get their hands on at 5.00pm, what they have in the cupboard, and they may be cooking on a budget, so we need to consider that. You can always find gorgeous things around, but you pay a price for them, and sometimes it’s better to know what to do with basics, and how to make them taste delicious. We cook more casually at home now, too, so we’ve drawn on that. We eat less starch and make quick simple food more often.

“I want people to use the book, not just to make 1 or 2 recipes, but to have a good handful of the recipes as stand-by recipes, like what New Zealanders do with Alison Holst books and the Edmonds cookbook, something you can reply on. It’s no good if a book is for special meals only. You won’t use it that often. Modern achievable food, that’s what our food is really, and the aim is to get people to look and cook, not just look!

“Fiona Andersen has taken the photographs for all three books. She’s been a close friend for years and lives just across the river. Her parents own a country pub around here and we’re really lucky to have her on our doorstep. She has 3 young girls so we shoot around our families. Photography in a book is important because it gives people some direction and helps them visualise a dish. Chefs just get used to it, but for most people if they can see a finished dish they might be more inclined to make it. That’s good. That means it’s helpful. A soufflé, for example, is not hard to make, anyone can do it once you know how and pictures can help with techniques.

“We’re changing from potatoes and peas in New Zealand, I think. I cook lentils a lot, or I roast cauliflower. Roasted cauliflower is a bit different to what people might expect a cauliflower to be. Chefs like us had those sorts of experiences when we first encountered things like confit duck. It was amazing the first time. We like to provide new ideas, something a little different for our followers, but something that is easy to do so they’ll give it a go, too.

“What I think is that food in New Zealand is at a crossroads – there’s plenty of choice, and plenty of good food, but there are some sly and concerning things going on behind the scenes. Always ask where your food comes from. That’s the safest recommendation I can give.” 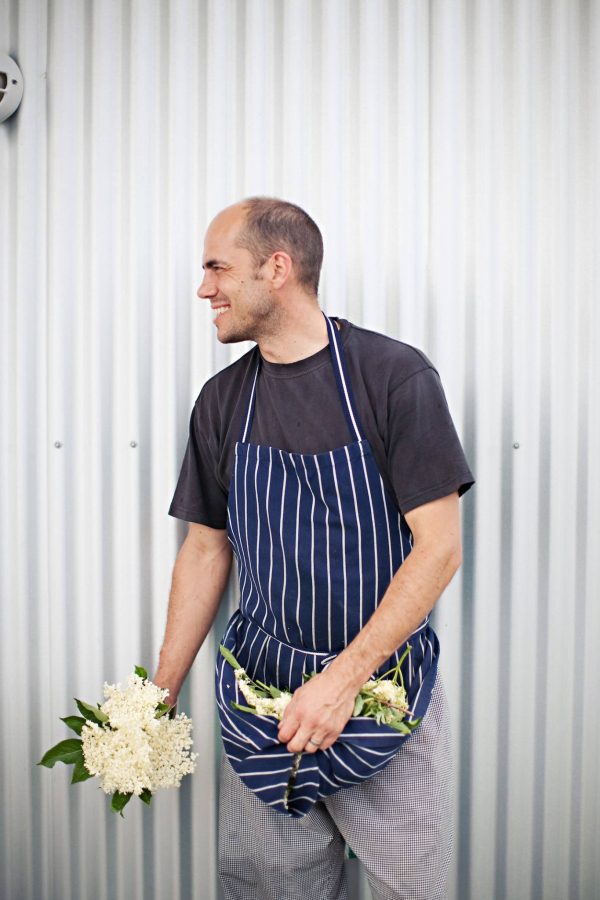 Other great cookbooks out of the South Island of New Zealand:

The Akaroa Cooking School Cookbook by Lou & Ant Bentley (who just happen to make the most amazing freshly-smoked salmon and scrambled eggs!)

A River Rules My Kitchen by Tony Smith – an incredible book that went under the radar in many ways, but a book rich in history, stories and wonderful recipes

Pineapple – Easy to prepare when you know how
Removing the eyes (little pesky bits) from a pineapple, and the core, ensures a tender mouthful of juiciness with every slice.
The remarkable date
Dates are seriously good for you. True!
Broad Beans alla Genova
Broad beans, white cheese and salami ... yep, I'm up for it.
Breadcrumbs
How to get a professional result with homemade breadcrumbs
Waiheke Garden Festival 2017 – Get yourself here!
Breathtakingly beautiful Sacred Blessing Sanctuary garden, lovely Lynda Hallinan regaling us with her gardening anecdotes, Julie Biuso on canapés ... Waiheke Garden Party is set to rock!