Opening a little cakery in Ostend on Waiheke was not something top of mind for Jane Burn, but when she heard that a small cottage on Putiki Road she had always admired was up for lease, she knew she had to get it, “I couldn’t let anyone else have it. It’s so iconic,” she enthuses.

Jane didn’t want an all-consuming business – along with husband Stephen she owns Island Coffee – and so came up with a concept for a small business offering coffee, tea and treats, not run-of-the-mill fare, mind, but something special you were unlikely to find elsewhere, and to open it just a few days a week, making it a treat to visit rather than somewhere you popped into every day. Imagine that on Auckland’s Ponsonby Road! A business closed half the week! Waiheke thrives on such quirky ideas.

The next step was talking to chef Jen Perry (ex Bennett’s Café in Mangawhai). Jen cooks at the Oyster Inn from time to time where husband Anthony McNamara is head chef. She loved the idea and set up Little Tart Bakery in a kitchen under the Oyster Inn and this is where she prepares the cakes, pastries, tarts and sweet treats for The Annex. The concept was to go for an old-fashioned home baking feel featuring comforting and familiar items, but to choose things people don’t bake anymore, and to include favourites but with a twist. Jen aims to keep the sugar content down and much of the baking is naturally gluten-free. She’s been experimenting with different grains, including making a spelt pastry, and using stoneground flour from Terrace Farms in the South Island. 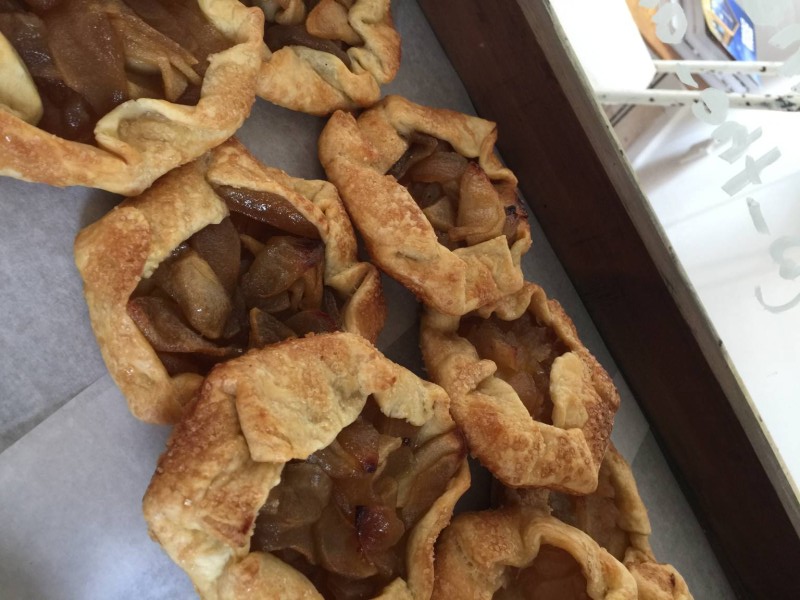 “It’s not a health food café but it has an old-fashioned community feel which works so well on Waiheke. On Saturdays I make doughnuts based on a recipe from Fergus Henderson’s St John restaurant and fill them with rhubarb jam or lemon curd and vanilla cream,” she says. “We’ve also got kombucha going now, and we’ll be expanding the savoury side. We’ve always got a tart and cheese scones available and we’ll be doing sourdough bread, too. It will evolve as time goes by.” 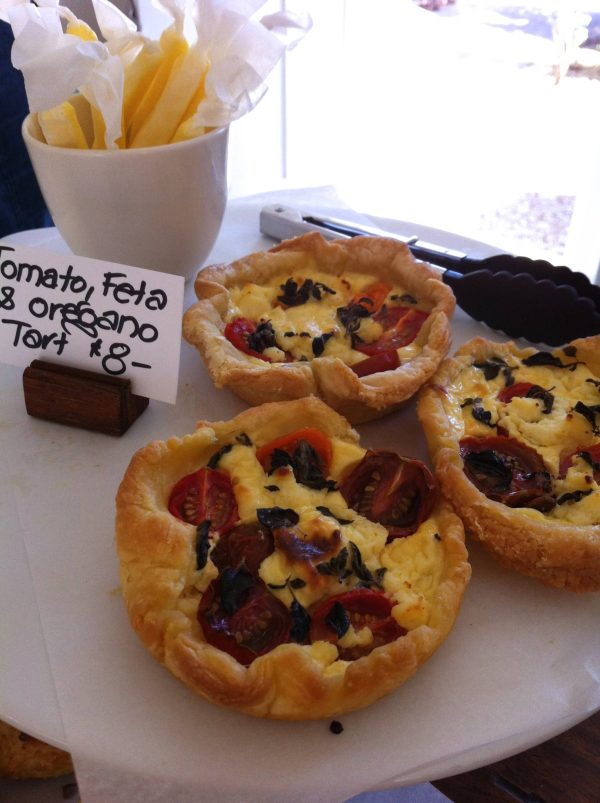 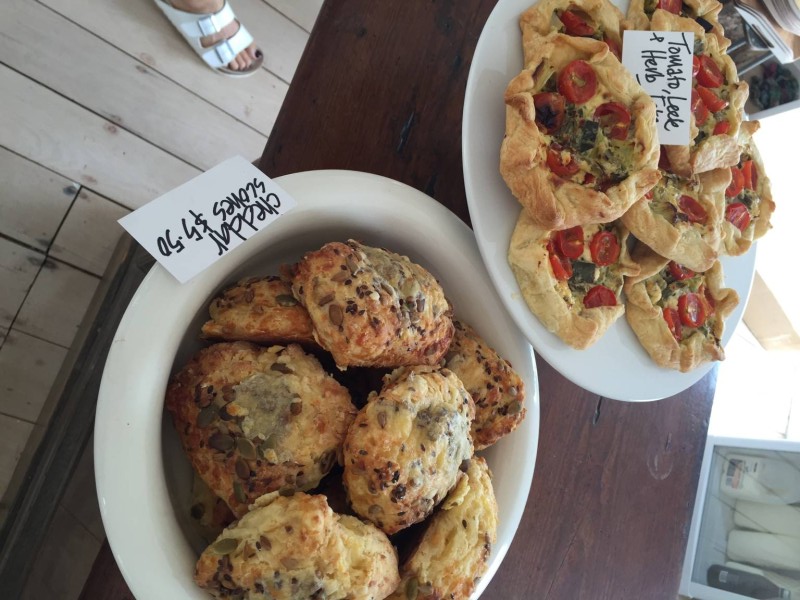 Along with kombucha (fermented tea drink), there is coffee from Island Coffee and teas from Tea Total. Jane says, “I wanted to investigate the idea of interesting teas and liked the idea of a tea menu. We have a specialty tea every week and it’s a way of introducing people to new teas. Rather than teapots, I took a wooden band off a Chemex coffee pot and thought it looked great with tea in it, so we use those. Factory Ceramics, our local pottery company, make the little plates for the strainers, and the cups, too. The strainers are bamboo with a fine silk mesh to run the tea through, and we use a heavy knitted cotton mat for the teapot. It makes tea into more of an occasion, and shows off the tea.” 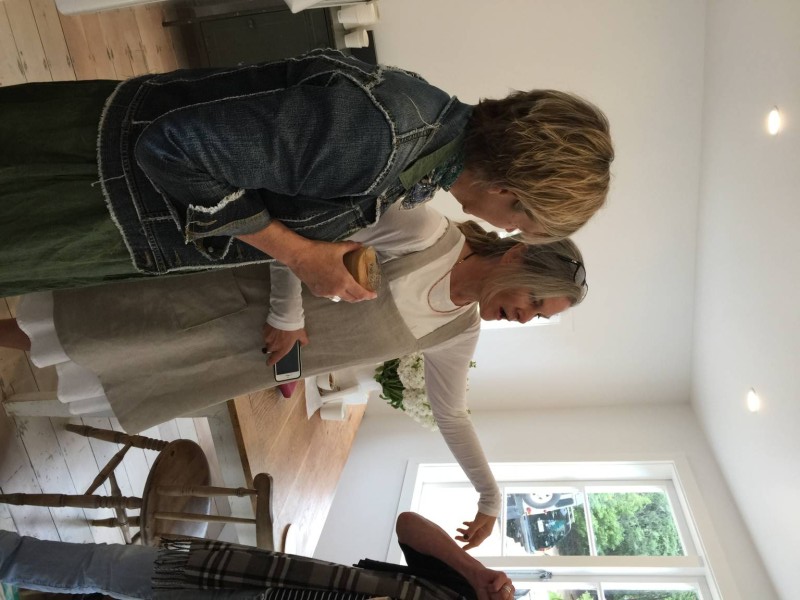 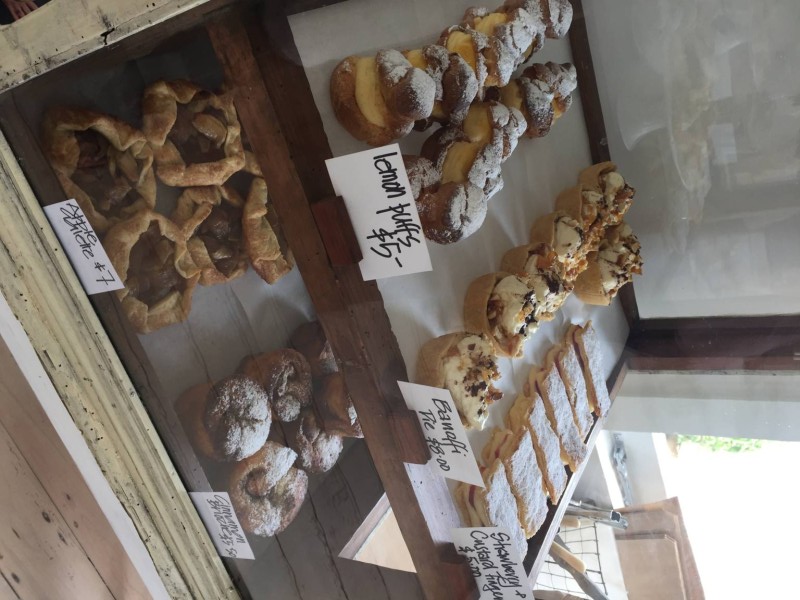 And on another visit (yes, it’s hard to stay away), the ex-owner of the house, Bev Reid, came in for a visit. It’s an intimate space inside the cottage, people share tables and talk to each other, so it wasn’t long before I got talking to her. Bev’s father had owned the house and it was left to her when he died. “I told him to sell it so he could have a trip around the world,” she laughs. 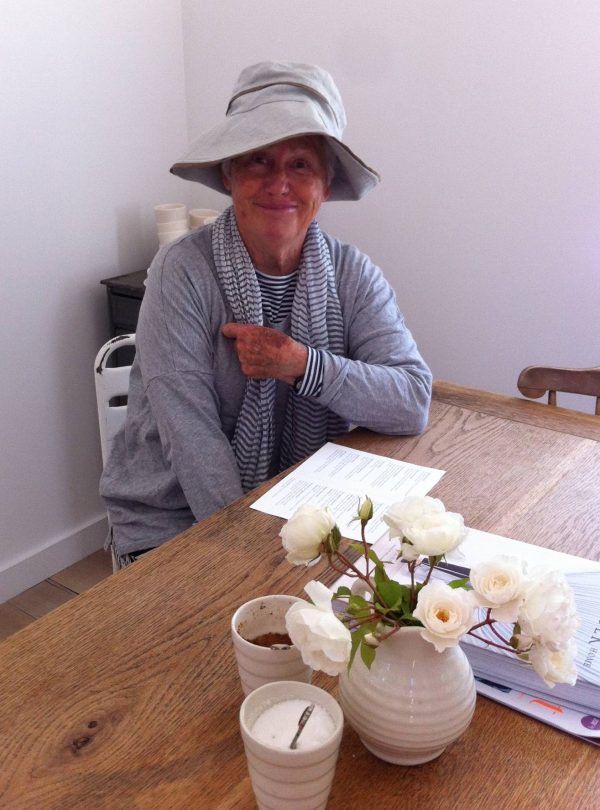 Bev’s son-in-law and brother lived in it for awhile, and other people came through, though no one paid any rent I was told because Bev didn’t want to charge for something she had been given. Eventually, she sold it – she lives in the South Island and her trips up this way became less frequent – and she’s delighted with what the new owners Amanda and James have done to it, keeping the original wooden floor, and removing a wall to open up the inside.

On yet another day I’m back talking to Jane, trying teas and trying to resist cakes. Why Waiheke, I wondered, and why coffee? “We rented in Devonport and came for a bike trip and thought, wow, yes, we could do this. And we could afford it. We now live in Sandy Bay. Both our sons were schooled on the island. It’s a great community. My parents moved here for the last few years of their lives. That was wonderful for them. “I got into coffee quite by chance. When my son Finn (19) was a baby I was looking for something to do. I was chatting with a friend who suggested Stephen and I set up a coffee roaster, roast coffee and sell it. Well, we thought, why not? So we got a roaster, put it in the garage and roasted coffee beans, 5kg at a time. From there we got a cafe, then another, then a guest house, and another son, Thomas (15), and my husband said that it might be time for him to leave his job and to come and work full time in the business. We were then able to expand.

“The roastery is behind True Blue in Belgium Street. It’s very different to The Annex, darker, moodier, industrial grunge really, whereas the Annex is old but new, white, clean, sparkly, and all the women who work here don red lipstick. It’s compulsory! A client walked in and said ‘cakes, coffee and women in lipstick Ahhhh!’ He loved it, so we thought we had got something right! I came across an apron I liked in Melbourne so modelled the ones the girls wear on that. I ran them up, and they look great with white shirts underneath, sort of gracious and old-time, but modern and classic at the same time. We like that. “The white roses out front are a tribute to my mum, she loved iceberg roses, they were her favourite. This table (Jane runs her hands along the smooth wooden table we are seated at) was mum and dad’s, my childhood table, as are the chairs we are sitting on. There are lots of memories here because dad made the table. The cake table also belonged to them,” she says. The small cottage is a lovely piece of Waiheke history, rich in memories for many who visit. If you haven’t visited yet, do so before the summer rush, and enjoy the ambience and Jen’s delicious baking. You’ll probably find me there.

Open Saturday through to Monday, and soon to open Fridays

Watch this space – the area is destined to become a funky arty area, with Raw a few doors along set to expand next year, and studios popping up all around. No one is afraid of the new supermarket opening close by – in fact, quite the opposite appears to be true. Business owners say they are looking forward to the extra custom it will bring. 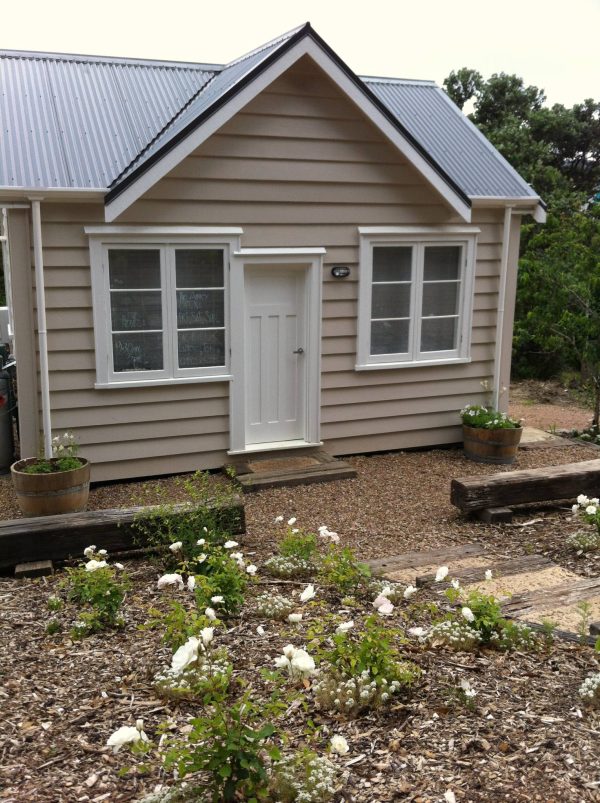 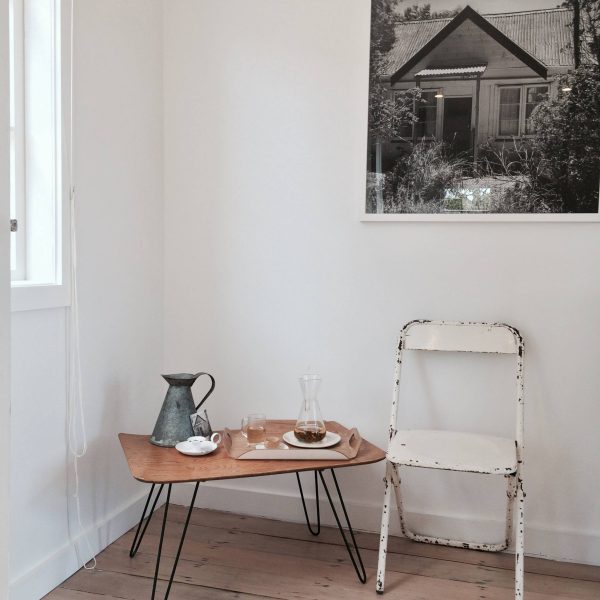 Original cottage in picture above chair

Quick Lemon Curd
Easy when you know how – just use the right lemons! Read more
Louise Cake
I'm a fan of Louise Cake no matter what is in the centre, but I reckon lemon curd is a knock-out. Read more
Crate Brewery
Read more