Less than a year since it was launched, food writer Julie Biuso’s Shared Kitchen blog has been named the Best Food Website in New Zealand by the organisers of the Gourmand World Cookbook Awards, a leading global culinary forum.

Shared Kitchen will now go on to compete with just a dozen food websites from other countries shortlisted for the Best in the World grand finals to be held in Yantai Wine Bay in China on 29 May 2016. The awards have attracted entries from 209 nations across all categories this year.

In advising Julie that she was a finalist, Gourmand founder and president, Edouard Cointreau said, “Shared Kitchen stands out among the numerous food websites, thanks to the easy and quick recipes that work, following the daily inspiration from the bounty of New Zealand. Julie Biuso is one of the few food writers who always writes with the reader in mind, and connects with others in the kitchen. She is very generous and loves giving. She writes with her heart. The mother-daughter team works well, with shared emotions, and adds a lot of love.”

“There are thousands of food websites across the world,” said Cointreau, “but only the very best qualify to compete for the Best in the World.”

Websites were added just two years ago to the Gourmand awards, which have a 20 year history, along with other digital sections, such as food apps and ebooks.

According to Cointreau, digitisation has accelerated the segmentation of the maturing food content market. “What is interesting is that digital has broadened the number of readers and the market for print. All digital writers dream of print. Publishers everywhere follow the successful digital platforms. We probably should soon see a Shared Kitchen printed cookbook!” he said.

Digital finalists have been announced first, and print finalists will be known in December.

This is the second gong Julie has received from Gourmand this year. In the Best of the Best awards announced at Frankfurt Book Fair in October, Sizzle was acknowledged as one of the top three barbecue cookbooks published in the past 20 years. Her books have won eight other Gourmand awards over the years, and in 2007 she was presented with a Special Prize for Career Achievements by the jury. 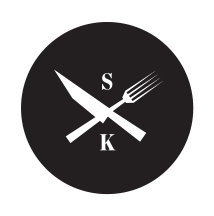 Pineapple – Easy to prepare when you know how
Removing the eyes (little pesky bits) from a pineapple, and the core, ensures a tender mouthful of juiciness with every slice.
The remarkable date
Dates are seriously good for you. True!
Hot Smoked Salmon & Celeriac Gratin
Whoa, steady on! This is rich, as in old-fashioned Frenchified rich, dripping with cream.
Parsnips
The best parsnips will have had an early morning shiver or two in frosty fields which sweetens them somewhat.
Kumara – the sweetest thing
Sweet and colourful, kumara offers more than just being an accompaniment to a roast.