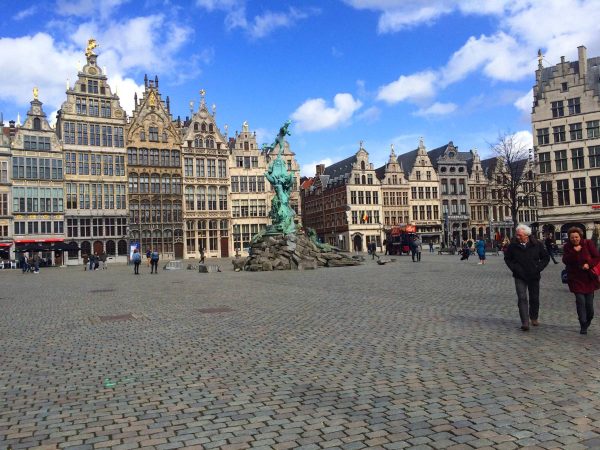 Ilaria here. London has been grey and drizzly and we’re over it, but we seemed oblivious to the fact that a long weekend was looming until about three days before Good Friday. EEP! I was getting out of London, no matter what, but last minute plane tickets weren’t an option… However, a spontaneous drive to the continent was!

The idea to drive to north Belgium via Calais and the car train grew pretty organically – the distance was within our radius and with 5 of us squeezed in Tom’s Audi the travel was affordable, leaving more dough for Flemish feasting. And did we feast!

Leaving at 6.30 in the morning, we got down to Folkestone in southern England in time to get the 8.30am train. Half an hour later we’d crossed The Channel and by lunchtime we were in Bruges having our first waffle! I don’t have the biggest sweet tooth but thought I may as well go all out and top mine with Nutella and a dusting of sugar. Whether that’s a traditional combo or not, I’m unsure, but it did the trick and settled the tummy before we took a (very touristy!) boat cruise through the central city canals. 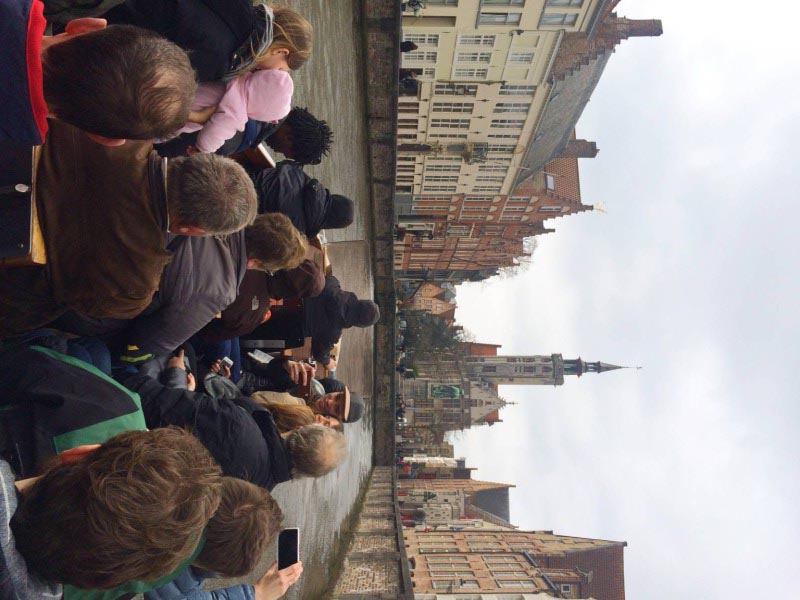 It’s super-touristy, but jumping onto one of these little boat tours is a great way to see a decent chunk of Bruges! 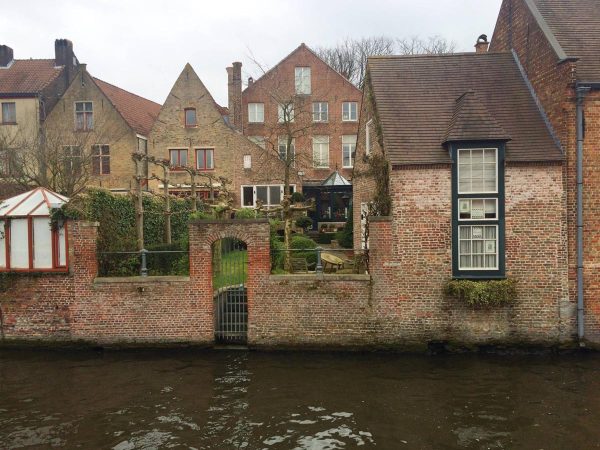 Bruges is surrounded by canals, houses are situated right on the water’s edge.

Bruges is a sweet little city steeped in history, and full of ancient architecture.

The city centre bustles with shops and bars, just what you’d expect to see anywhere in Europe, but walking through the back streets was like taking a step back into the past. In an attempt to avoid the cafes and eateries around the main square, we waked for ages, probably in circles, before coming across an underground restaurant, serving up steak, chips, and beer. Everything we needed!

Soon after, we were en route to Ghent, a little larger and a considerably more beautiful city than Bruges. It is laden with cathedrals with one on just about every street corner! It is also home to St Bavo’s Cathedral where the Ghent Altarpiece by the van Eyck brothers is housed. Having made Art History my major at university, it was super-incredible to see this work in the flesh.

By the time evening came about we were ravenous – and we found the perfect spot in the central city, right by the canal. Although it wasn’t overly traditional, I couldn’t resist carpaccio for my entrée and duck with wild rice for the main. The wine match? A New Zealand Cable Bay Syrah. Carpaccio is of course Italian, not Flemish,  but it came laden with parmesan cheese so I didn’t complain. 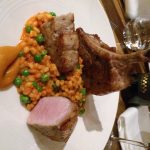 Next stop was Antwerp, a bigger city again, with a mix of old Flemish architecture and new commercial buildings. Just by the main square, we found Bar Gollem, named after the precious Gollum. This bar was a total gem! It had about 30 Belgian beers on tap and about 40 more canned or bottled beers available. The waiter brought us 5 interesting beers none of us had heard of, each different in style, and gave a little run down on them all. But most importantly, Bar Gollem also had Flemish Stew on the menu, and this was an absolute highlight! 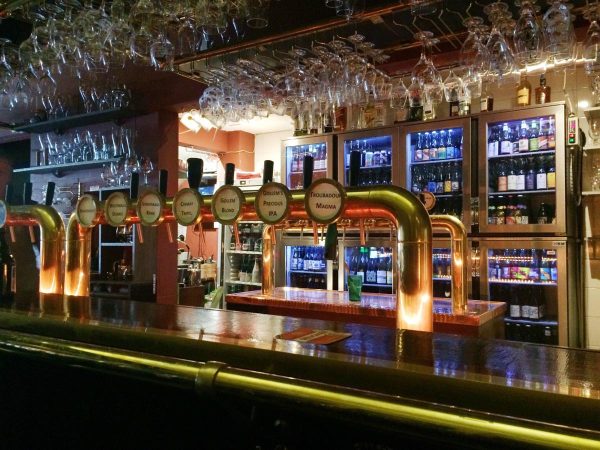 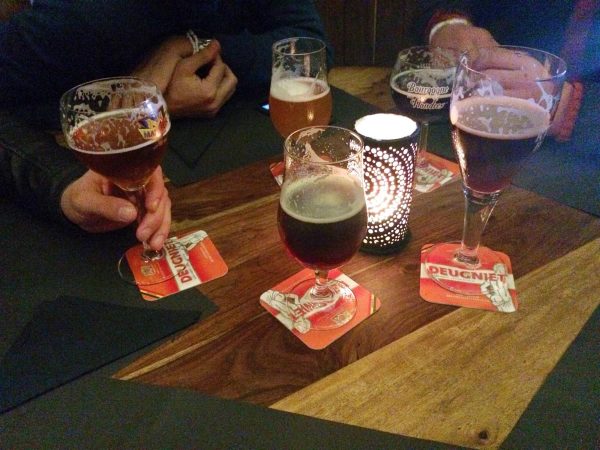 First round of beers in Antwerp

While the photo doesn’t do the dish justice, this is probably one of the best stews I’ve had. It was fairly basic and I couldn’t even detect many vegetables or herbs in it. The meat (beef shin) was gloriously tender and succulent with no fatty or gristly bits (they give me the heebie-jeebies) and it paired perfectly with an accompanying dish of red cabbage; it also came with chips – everything seems to come with chips in Belgium! I swear by the time we got back into London I’d probably stretched my stomach to double (potentially triple) its size and maybe felt a bit guilty, but in hindsight, I wouldn’t have changed a thing. If you’re going to Belgium, be prepared: everything comes with chips, hehe. 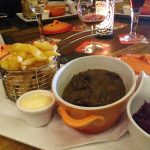 Pineapple – Easy to prepare when you know how
Removing the eyes (little pesky bits) from a pineapple, and the core, ensures a tender mouthful of juiciness with every slice.
The remarkable date
Dates are seriously good for you. True!
Tangelos
What’s a tangelo all about? Of all the citrus tangelos are the juiciest, the most bracing, offering fresh acidity tempered with gorgeous sweetness. Did you know they are a cross between ...
Fish Pies with Chorizo
Little cheesy pots of bubbling goodness everyone will love.
Thanks + Giving = Thanksgiving
Thanksgiving - the true meaning of giving thanks. How to appreciate the good things in life.