This year is the Interntional Year of Pulses. The United Nations focuses on a different food source about every 4 years, along with many sustainable farming cooperatives and biodiversity ‘years’ as well. Utilising pulse-based proteins is the emphasis this year. 2013 was the Year of Quinoa, 2008 The Year of the Potato and 2004 the Year of Rice. This information is taken from The United Nations 2016 FAQs 2016 International Year of the Pulse website http://www.fao.org/pulses-2016/faq/en/

Why are pulses important?

Pulses are important for a number of reasons. Eating pulses regularly can help improve human health and nutrition because of their high protein and mineral content. Including pulses in intercropping farming systems and/or cultivating them as cover crops enhance soil fertility[1] and reduce dependency on chemical fertilizers by fixing nitrogen and freeing phosphorous, thus contributing to a more sustainable production system.[2] Pulses are also important for sustaining and maximizing production in pulse-cereal crop rotations. In such rotations, subsequent cereal yield and crude protein concentration can be increased due to the residual nitrogen provided by the previous pulse crop.[3],[4],[5] However, there is insufficient data and information on the real contribution of pulses to household food security and nutrition. This important issue should be better documented and explored during the International Year of Pulses.

Why are pulses so nutritious?

Pulses are packed with nutrients, and are a fantastic source of protein, which is particularly important for human health. Pulses are made up of about 20-25 percent of protein by weight, which is double the protein content of wheat and triple that of rice. When eaten together with cereals, the protein quality in the diet is significantly improved and a complete protein is formed.

Pulses have a low fat content and contain zero cholesterol. The Glycaemic Index (an indicator of the effect on blood sugar) is also low in pulses, and they are a significant source of dietary fibre. Since they do not contain gluten, they are an ideal food for celiac patients. Additionally, pulses are rich in minerals (iron*, magnesium, potassium, phosphorus, zinc) and B-vitamins (thiamine, riboflavin, niacin, B6, and folate) all of which play a vital role in health.

Pulses are an important part of a healthy diet because they are high in protein, fibre, and other essential nutrients. Their high iron and zinc content is especially beneficial for women and children at risk of anemia. Pulses also contain bioactive compounds that show some evidence of helping to combat cancer, diabetes and heart disease.[1] Some research indicates that eating pulses regularly can help control and combat obesity as well.[2]

How can pulses improve food security?

Pulses are dried seeds and can be stored for long periods without losing their nutritional value, allowing for flexibility and increased food availability between harvests. Since they can be used for self-consumption or as cash crops, farmers who cultivate pulses have the option to both eat and/or sell their harvest. Additionally, some pulses like pigeon peas and Bambara beans can be cultivated in very poor soils and semi-arid environments where other crops cannot be grown. Crop residues from grain legumes can also be potentially used as animal fodder, and the heightened protein concentration from these residues improves animal health. However, there is minimal quantitative data on the relationship between pulses and food security—further research is needed to show the full potential of pulses in improving food security.

How can the multiple functions of pulses make agriculture more sustainable?

How can pulses improve soil fertility?

Additionally to their nitrogen-fixing and phosphorous-freeing properties, like other leguminous crops, pulses help increase organic matter and microbial biomass and activity (e.g. bacteria, fungi) in the soil. They can also improve soil structure and water retention capacity while helping to reduce wind and water

Pulse species have a broad genetic diversity from which improved varieties can be selected and/or bred—an attribute that is particularly important for adapting to climate change because more climate-resilient varieties can be developed out of this broad diversity. For example, scientists of the International Center for Tropical Agriculture (CIAT) are currently working on the development of pulses which should be able to grow at temperatures above the crop’s normal “comfort zone”. Since climate experts suggested that heat stress will be the biggest threat to bean production in the coming decades, these improved pulse varieties will be of critical importance, especially for low-input agricultural production systems.[1]

Pulses help mitigate climate change by reducing dependency on synthetic fertilizers. The manufacture of these fertilizers is energy intensive and emits greenhouse gases into the atmosphere, thus their overuse is detrimental to the environment. Many pulses often promote higher rates of accumulation of soil carbon than cereals or grasses.[2]

How can pulses lift people out of rural poverty?

In addition to offering a shelf-stable supply of food, pulses crops can provide additional income to producers by being sold and traded. Pulses are high-value crops, usually getting 2-3 times higher prices than cereals.[1] Local processing of pulses can also offer further employment opportunities in rural areas. 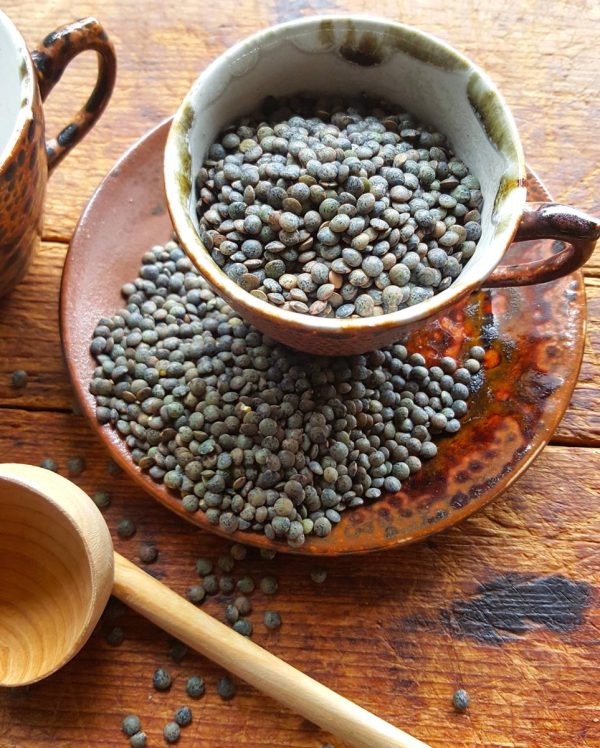 Read more about the United Nations below

The United Nations came into being in 1945, following the devastation of the Second World War, with one central mission: the maintenance of international peace and security. The UN does this by working to prevent conflict; helping parties in conflict make peace; peacekeeping; and creating the conditions to allow peace to hold and flourish. These activities often overlap and should reinforce one another, to be effective. The UN Security Council has the primary responsibility for international peace and security. The General Assembly and the Secretary-General play major, important, and complementary roles, along with other UN offices and bodies.

From the start in 1945, one of the main priorities of the United Nations was to “achieve international co-operation in solving international problems of an economic, social, cultural, or humanitarian character and in promoting and encouraging respect for human rights and for fundamental freedoms for all without distinction as to race, sex, language, or religion.”  Improving people’s well-being continues to be one of the main focuses of the UN. The global understanding of development has changed over the years, and countries now have agreed that sustainable development – development that promotes prosperity and economic opportunity, greater social well-being, and protection of the environment – offers the best path forward for improving the lives of people everywhere.

The term “human rights” was mentioned seven times in the UN’s founding Charter, making the promotion and protection of human rights a key purpose and guiding principle of the Organization.  In 1948, the Universal Declaration of Human Rights brought human rights into the realm of international law.  Since then, the Organization has diligently protected human rights through legal instruments and on-the-ground activities.

One of the purposes of the United Nations, as stated in its Charter, is “to achieve international co-operation in solving international problems of an economic, social, cultural, or humanitarian character.”  The UN first did this in the aftermath of the Second World War on the devastated continent of Europe, which it helped to rebuild.  The Organization is now relied upon by the international community to coordinate humanitarian relief operations due to natural and man-made disasters in areas beyond the relief capacity of national authorities alone