Born in Chile, Giulio Sturla travelled the world as a chef working in various establishments, including Spain’s Mugaritz (ranked in the top 10 in the world), where he worked for free for 12 months to gain experience, eventually making his home in New Zealand with his American wife Christy around 9 years ago. He had a stint in Auckland and one in Napier, followed by time in Christchurch. He was working with Jonny Schwass when the Christchurch earthquakes demolished Jonny’s restaurant. He and Christy made their way to Lyttleton and put down roots. Literally. Broke, but not short of an idea, they established a small restaurant and called it Roots. Misunderstood by the locals at first, who came expecting to find the former establishment, a pizza café-bar, they now come from all around to revel in Sturla’s creations, because he’s unusual, he’s exceptional, and he’s helping New Zealand find its culinary way in the world through a movement he helped establish called ConversatioNZ.

If he wasn’t sure what he was looking for during his experimental years of travelling, ask him now, and he knows he has found it.  Giulio says he loves the Banks Peninsula with farms close by, and the relationship he has with the community and local food producers. With ConversatioNZ, Giulio wants to get chefs talking to one another, to get food producers involved, food writers picking up the stories, “We want to create a strong community around food: what we grow, what we know, what we eat and what we create or plate, and to push ourselves to the next level. We want to share what we do and be inspired,” he says. ” We need to build a food culture, give respect to the food we have and build a sustainable future. To do this, we have to get people talking about it, to build the knowledge, and develop the pride. The ambition is big, with Kiwis and the government involved.”

For Taste of Auckland Giulio prepared koura, farmed native crayfish, with a kawa kawa butter (“I don’t use pepper anymore, just native kawa kawa,” he tells me), with wild onions (what we used to calls stink weed!) pickled in cider vinegar he made from local apples, and a seaweed emulsion and ‘green stones’ made with agria potatoes coated in masses of dehydrated wild parsley, so they look like green stones! 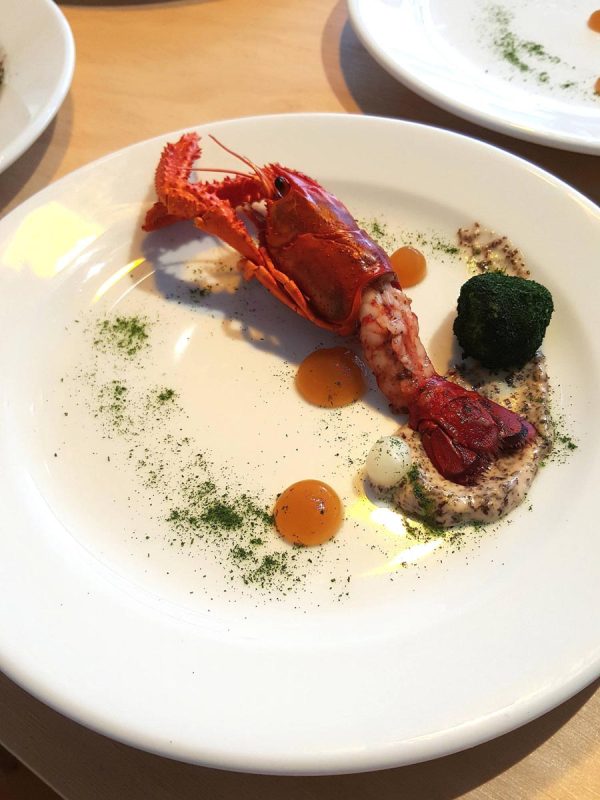 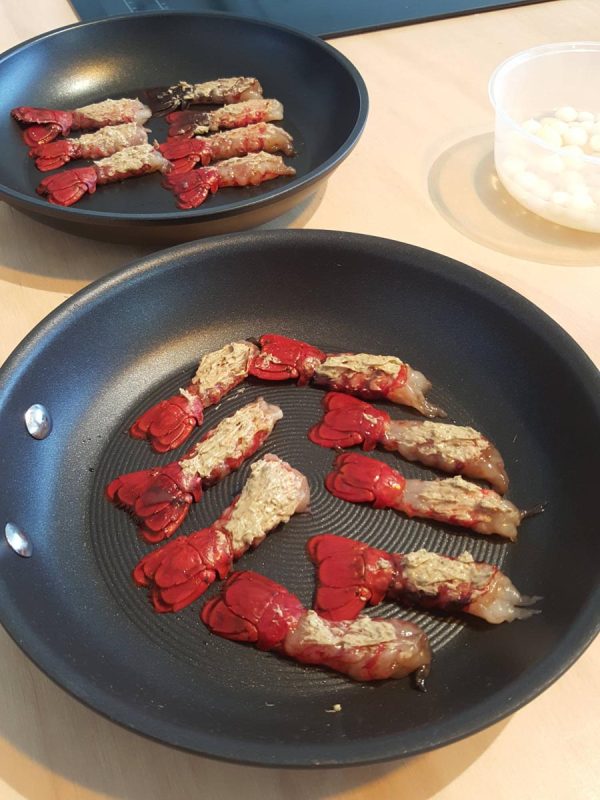 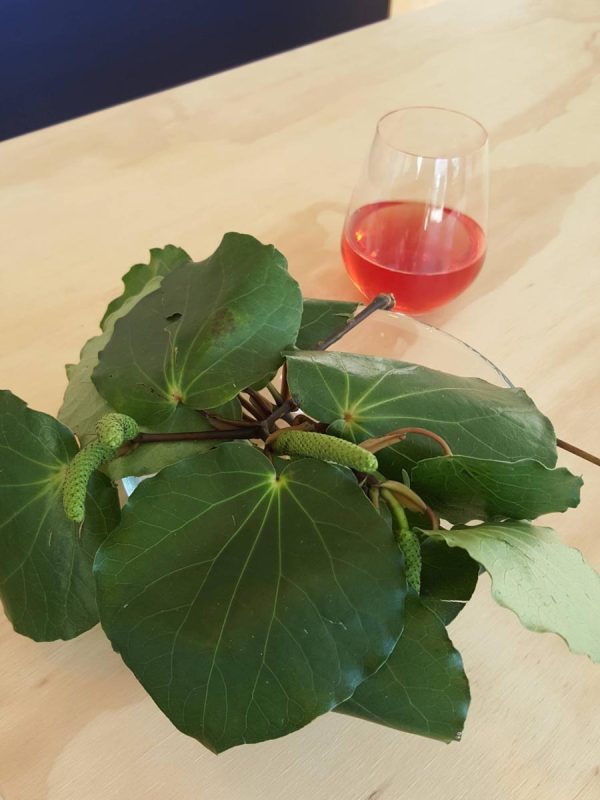 He also reduces sea water to make his own salt (well, why wouldn’t you?), makes a NZ version of dashi stock with salted dried and fermented kawhai (that took 3 months to perfect!), and is working on fermenting barley and wheat to make a NZ soy sauce. Yep, not sitting on his laurels.

Finally, Giulio says, you won’t find trendy coconut oil or even chocolate on his menus as he is concentrating on using ingredients found in New Zealand. Uncompromising. Focused. New Zealanders should be glad he put down those roots. Giulio and Christy also have 3 children. 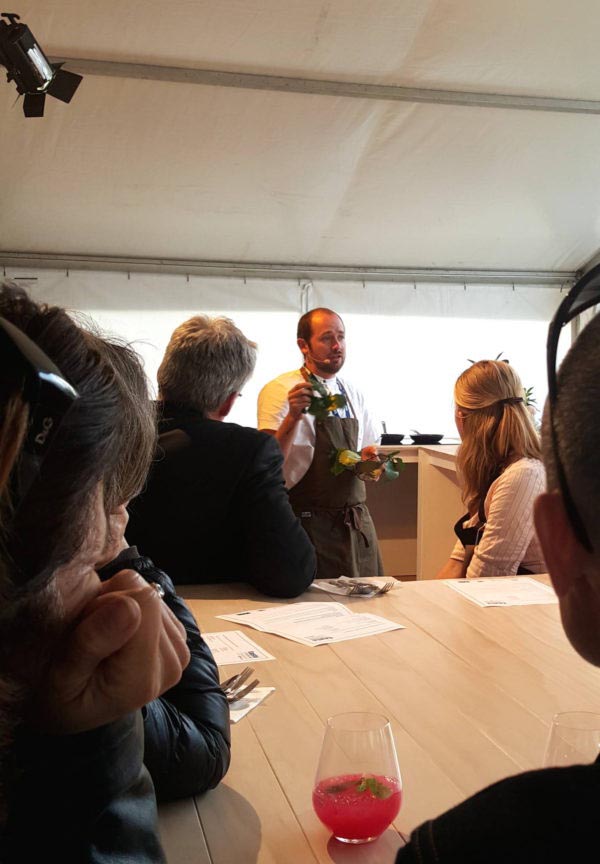 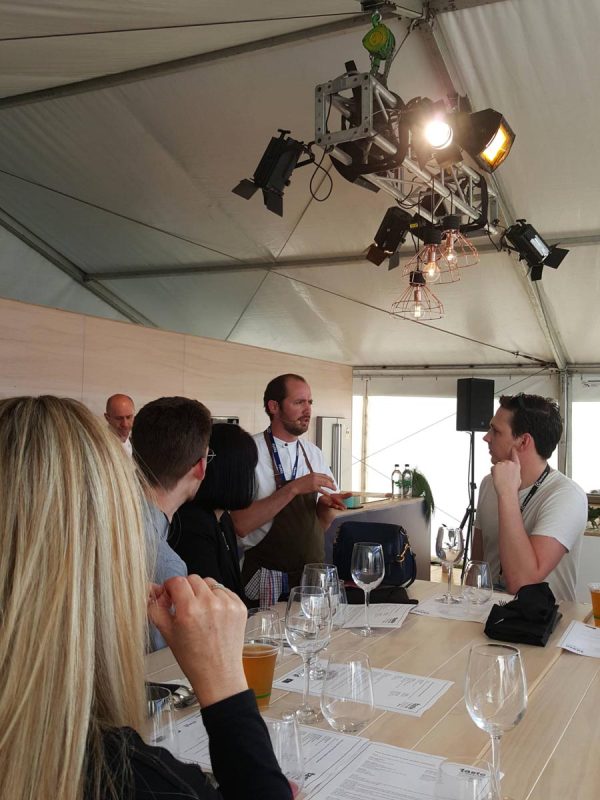 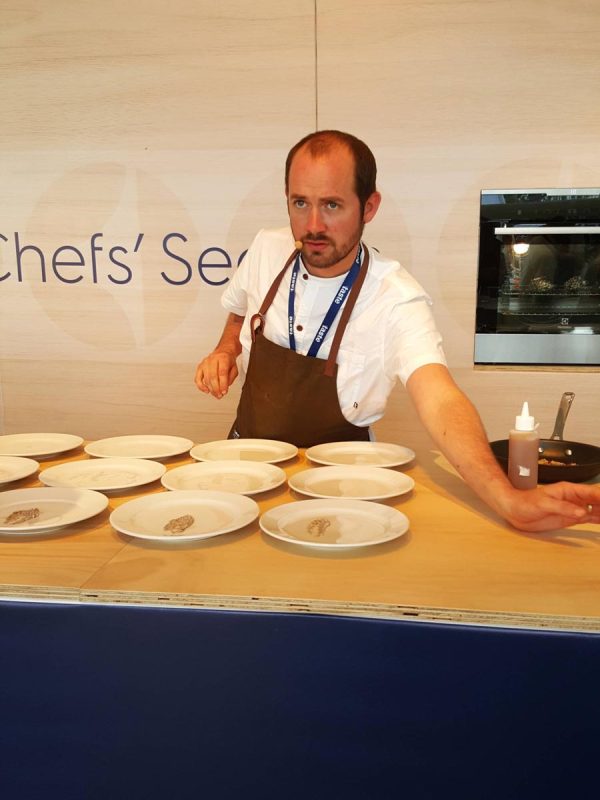 Taste of Auckland in partnership with Electrolux

Pineapple – Easy to prepare when you know how
Removing the eyes (little pesky bits) from a pineapple, and the core, ensures a tender mouthful of juiciness with every slice.
The remarkable date
Dates are seriously good for you. True!
Late Summer Cooking Classes
Check out the new classes for March – they'll whet your appetite for the exotic.
Shooting in the dark
Some days the odds are stacked against you ...
Feta
It may be a cliché, but feta served with a salad of olives, tomatoes and bread and drizzled with olive oil, makes a fabulous summer lunch.