Yay! The Te Matuku Oyster Festival is on this Saturday (it had to be moved from earlier in October due to inclement weather and soggy grounds!). It’ll be held at Rangihoua Olive Estate as planned. It’s a great day (12pm-5.00pm), with music by Mojo Risers and ROOK, and demonstrations by Paulie Hooton from The Oyster Inn and myself. You’ll also have the chance to enter a Masterchef  Mystery Box cook-off, judged by Ana Schwarz. There’ll be freshly shucked oysters galore, and lots of other treats. I’ll have books and preserves for sale, and if you want to check out my Furi knives, I’ll be using them on the demonstration so come up and have a chat after the demonstration.

Te Matuku Oysters Ltd is owned by three local families: Duana Upchurch who manages the retail and processing business and marine biologist husband Nat who manages the oyster farm; environmentalist and businessman Sir Rob and his wife Lady Jennie Fenwick, and Carlo and Anne Simoni. The oyster farm was established in the pristine waters of Te Matuku Bay marine reserve at the eastern end of the island, and the intention was always to service the local market.

While export markets may be tempting, Duana says, ‘Te Matuku oysters are all about freshness. We have a huge advantage farming in a pristine setting so close to our markets. It means local people and restaurants can serve oysters that were harvested fresh from the sea just hours earlier. We promote live oysters. They keep so well and the product always looks and tastes terrific when they’re opened to order and they’re all salty and fresh.”

Waiheke residents and restaurants and cafés have easy access to spanking fresh quality oysters, but the molluscs are also a hit with top restaurants throughout New Zealand, including the 2016 Cuisine restaurant of the year The French Café, and other prestigious restaurants such as Clooney and The Depot.

You’ll be able to taste the oysters for yourself this Saturday, so on your bikes! (And get your tickets!) 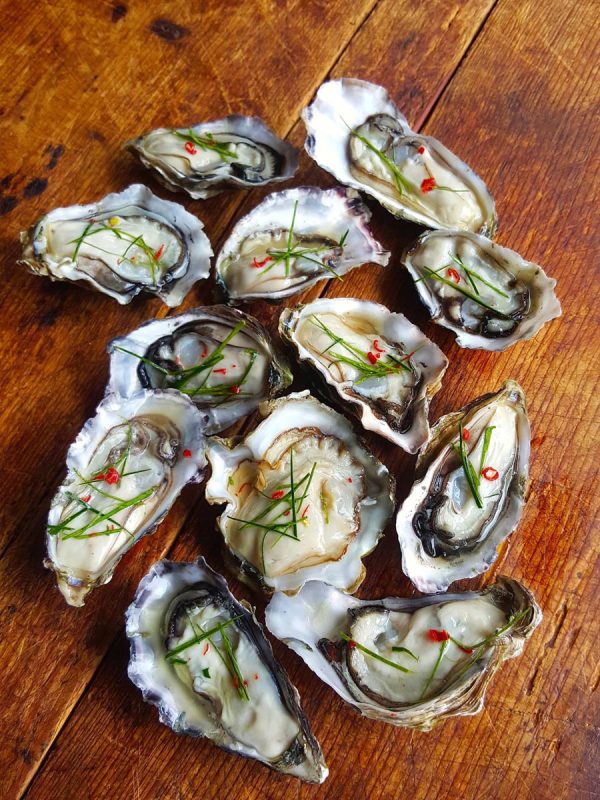 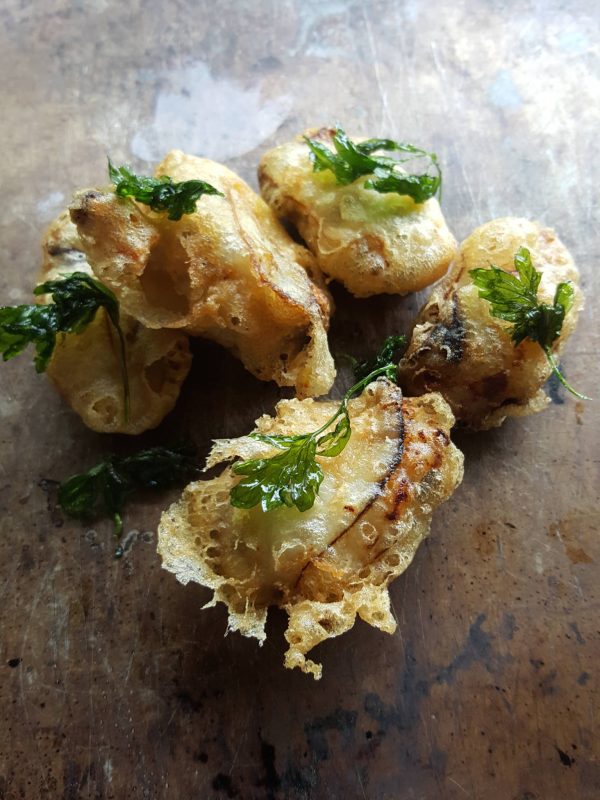 The New Black
A smoky sweet-wood aroma, sticky texture, and rich plum notes like an aged balsamic: this is garlic noir Read more
Pistachio Lime Dip
WARNING: This creamy green pistachio dip is seductive, addictive and simply sensational. Read more
Smoked Fish Pasties
The Cornish Pasty Association has decreed a traditional pasty should only contain beef, usually skirt steak, onion, potatoes, swede and seasonings. The pastry should be shaped in a D and crimped on the side. God knows what they would think of my effort! Yum, though. Read more