Nikki Green has the right name for gardening, but she reckons it is her sister, the horticulturist of the family, who got the green fingers. Lucky for Nikki she and her partner bought a lovely block of land on the Te Whau peninsula on Waiheke Island some 20 years ago when such land went for a song (yes, green with envy!). Nikki had spent 17 years working overseas in hotel tourism and the land was great to come back to. Ironically, it is now her sister Deb’s turn to work in tourism.

When the couple moved to Waiheke permanently, about 16 years ago, she worked in tourism for awhile but after having children, she looked for a job that would give her flexibility, and when a friend suggested she grow salad greens, it gave them the idea to do something with the land.

“I’m not a gardener. My grandmother was. She’d grow everything and put the excess out on the front steps in cardboard boxes for people to help themselves to. It’s a way of sharing and giving,” she says.

“We had no money to start a business, so we had to use what resources we could find like discarded corrugated iron on the side of the road, and once we drove a truck up north to collect a shed we’d seen on Trade Me. And island people are really helpful and supportive. People helped build our glass house and we learnt how to look after the soil. It’s not the most beautiful garden, but it works. 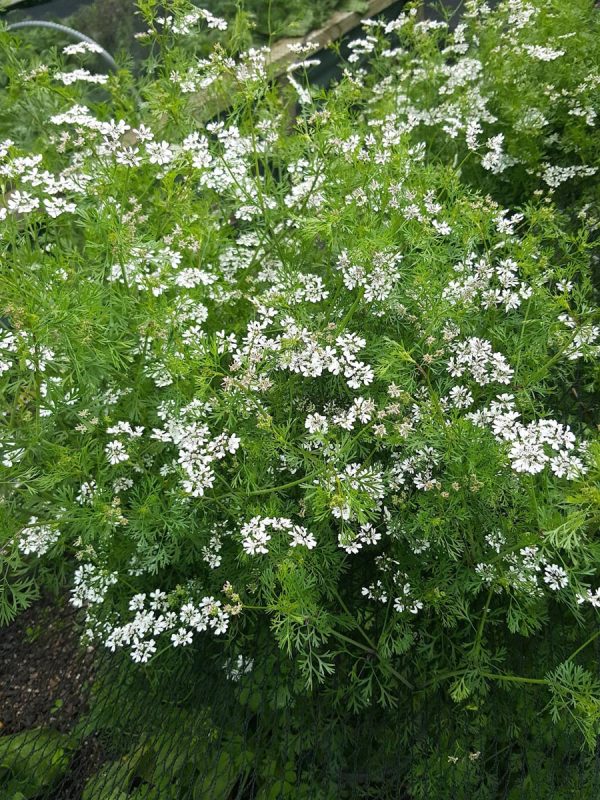 “We started a big recycling system – we had to, to save money – but it proved really beneficial for the soil. We’d collect all the food scraps we could and put them through a bokashi system which turns organic waste into an incredibly rich liquid that when fed to the soil gives optimum health. Soil is your life – your gold – you put all your effort into it so you can get good results. We use seaweed too, and have lots of buckets of smelly stuff around, all doing their thing. Then we mix it all with organic compost. And we’ve got a worm farm, too.

“From salad greens we moved on to edible flowers. We’d always eaten them. Granny grew nasturtiums, and we like using the buds as well as the flower petals – they’re intensely peppery. Then we added calendula for a splash of colour, and they bring the bees, all the flowers do. We have beehives as well, so it all just spins around … 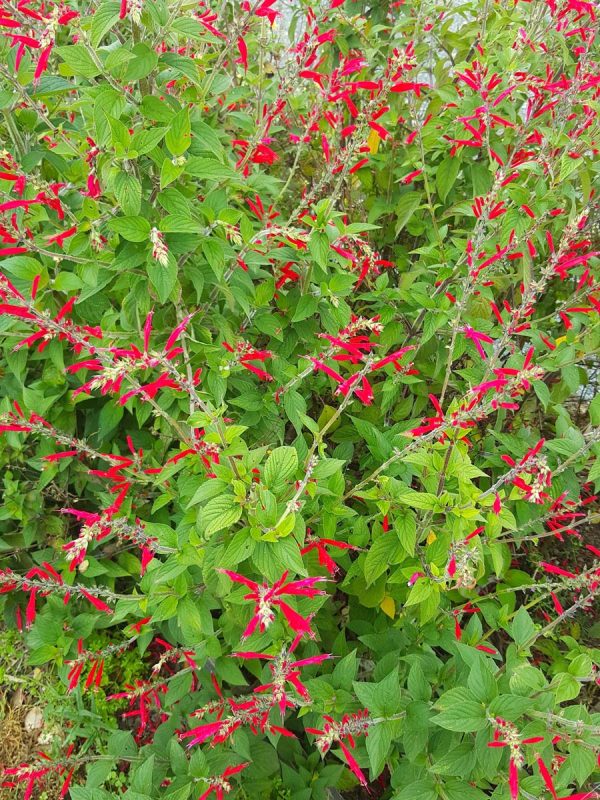 “Someone on the island told us about pineapple sage, which really does give a great rush of pineapple flavour, so we got that growing. It’s easy to pick pineapple sage flowers by just running your hands along the ends of the flowers. Others are more labour intensive as people like the flowers broken into petals. Oh well, we’re up early, so we just carry on with petalling later in the day.

“My fave are the violas. I love the splash of colour they bring, and they have a really musky flavour, and can be quite extreme. Cornflowers are really pretty. I grow blue and black. Quite striking, though not much taste. And there are herb flowers too. 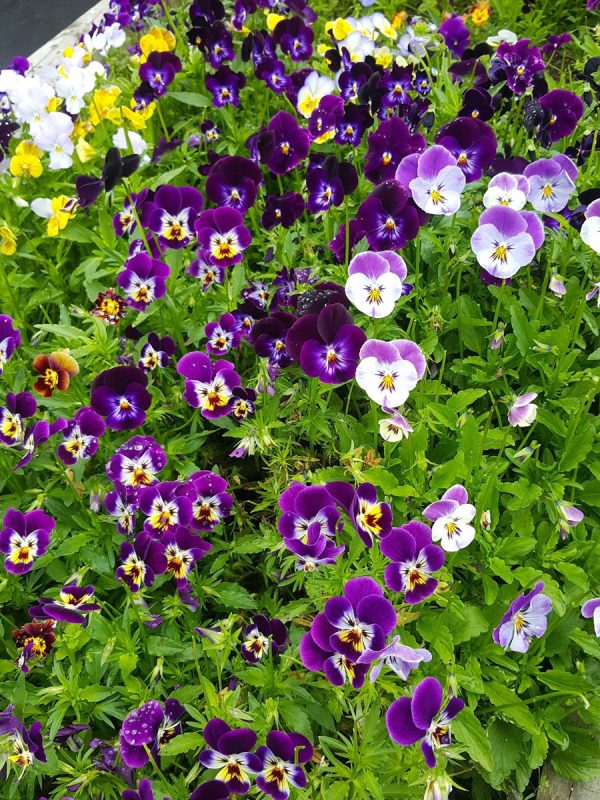 “We pick about 50kg a week, although in the madness of summer that goes up to 70kg, so it’s a lot of work. We supply restaurants and vineyards on the island, and we retail our salad and petal mix through Te Matuku Fish Shop in Ostend.

“I love the job, though realise it is a labour of love. It’s a job for morning people as you have to get the flowers picked early, and water early too, well before the sun is on them. I love it when it rains – I might get a sleep-in! But I hate the hail as it ruins the petals. Then we have to feed the flowers to the guinea pigs. It gets recycled that way! 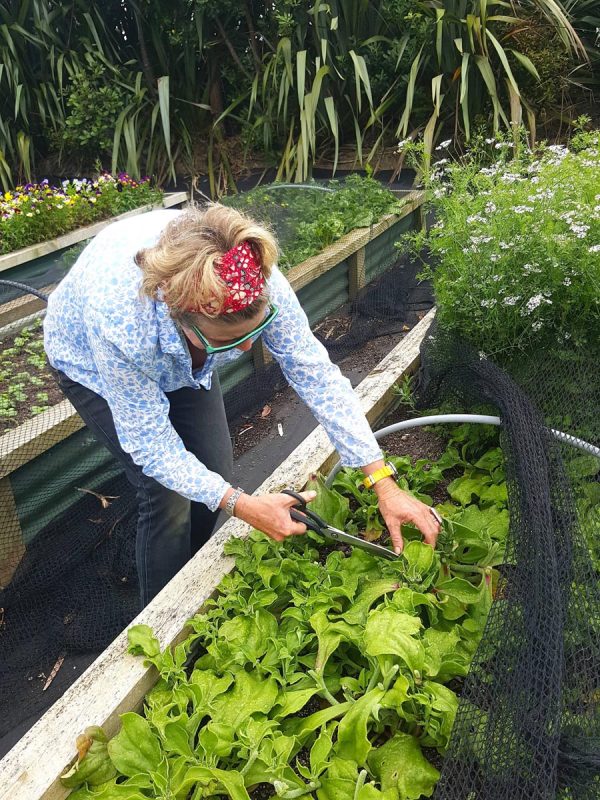 “ We’ve also been growing ice plant for about 4 years. This is a fleshy leafed plant with a distinct melon flavour, and it’s really juicy. Foreign chefs working here all seem to know it. They serve it with ceviche and with fish salads. You need to serve it really cold. Then it is refreshing. Quite an interesting plant,” says Nikki.