The most common mushroom is the white mushroom (agaricus bisporus), known as button mushrooms when small and tightly closed, as cup mushrooms once they’ve started to open up and as flats once they’ve opened up and flattened out. As the mushroom grows it develops more flavour and loses its firm, crunchy texture, becoming soft and tender by the time it has fully opened out. Brown mushrooms are the same species and are known as Swiss browns when small and portabellos once they’ve opened. They have a more pronounced earthy mushroom flavour than white mushrooms, with a little hint of damp ‘forest floor’.

It’s not necessary to wash mushrooms before using them as they are grown in sterile conditions (just wipe them over with a damp cloth). If the mushroom cups are open they will fill with water as you wash them and this will ooze out during cooking and make the mushrooms watery. Cultivated mushrooms do not need to be peeled.

Mushrooms contain a lot of moisture. If you cook them slowly, the liquid will come out. This is fine when you want them to be part of a stew, for instance, but not so good when you want mushrooms on toast and unwanted liquid will turn the toast soggy. For mushrooms on toast and mushrooms to go in omelettes or in tartlets and the like, choose small tightly closed mushrooms and cook them over a high heat for a short period. Get the pan hot, then put a decent knob of butter in the pan and as it is sizzling, almost on the point of frothing and burning, tip in the mushrooms; don’t crowd the pan or they’ll stew. Cook them quickly over a high heat, tossing them once or twice – no more – or you’ll encourage the juices to come out. What you want to do is to sear them so the moisture stays inside them. Then you’ll bite into juicy mushrooms, bursting with flavour, with gorgeous crisp browned edges and a hint of browned nutty butter. Scrumptious!

Mushrooms get the health tick because they offer some specific and beneficial elements to the diet, including many of the all-important B group vitamins along with a nice healthy whack of potassium (helps maintain normal blood pressure). Mushrooms are also low in sodium. They also contain iron, zinc, calcium and copper, and importantly, selenium, a microelement missing from New Zealand soils. Selenium is almost considered to be an antioxidant in its own right and while it is not naturally found in mushrooms, one of the ingredients of mushroom compost is chicken manure and chickens have selenium in their diet. That’s the food chain working for us. 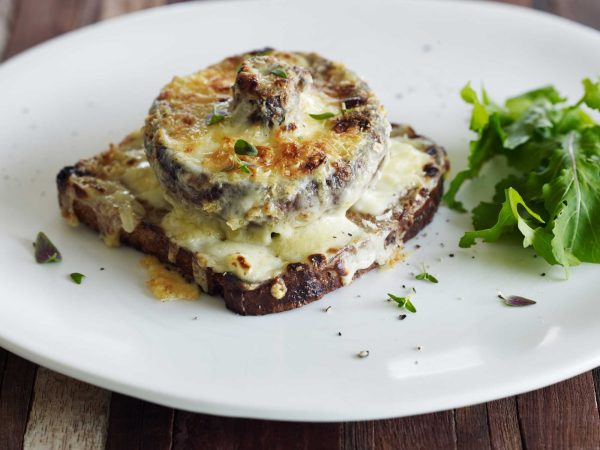 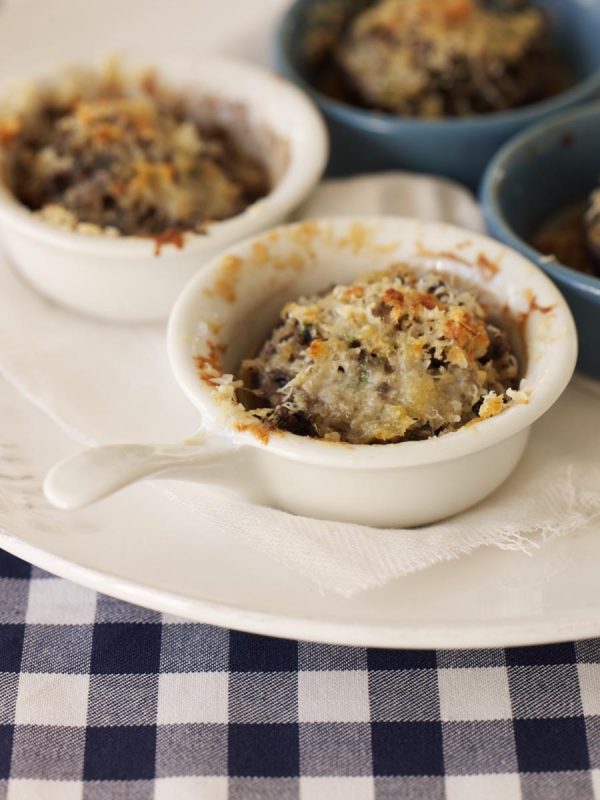 Autumn Mushrooms (‘shrooms!)
It's the magical mushroom season and I'm hooked! I’m addicted to mushrooms, or 'the ‘shrooms' as we call them! Read more
Mushrooms au Gratin
These garlicky, succulent mushroomy morsels are nothing short of sensational. Love 'em every time. Read more
Mushrooms Baked with Ham and Parmesan
Nip Nip Nip ...yep forest floor activity all around, mushrooms popping up, time to grab some! Read more