The inclement weather on Waiheke has kept olive pickers on their toes this season. The ground is usually dry enough for 4-wheel drive vehicles to reach even the highest trees on Waiheke ridges, but Anne Stanimiroff, owner of Rangihoua Estate along with husband Colin, says this year’s picking was not for the faint-hearted, with rain turning ground underneath to mud which saw even the vehicles struggling to scrabble up hills. Picking olives from trees growing on flat land in typical Waiheke winter weather – bright sunny days and clear blue skies with achingly beautiful vistas at every turn – although hard work, is a joy, says Anne.

“It’s a time we always look forward to, to be harvesting fruit and reaping the rewards of the work we’ve put in during the growing season.

“The harvesting crew and woofers we get each year are young, carefree and fun to be with. Argentinian, Slovinian, Italian, American … these were the nationalities this year. Sometimes the Italian boys would break into song while we were out picking, which we loved. We all work hard, but it’s a good kind of work, very satisfying.

“The harvest started 2 weeks later than usual due to a wetter March and April and we had fewer sunshine hours. Our volume of olives is down by 30% on last year, but the quality seems to be great, once again.

“There’s nothing like tasting the fresh oil. We get very excited about it! We haven’t done our final blending for this season yet. It’s the next step.”

Let’s hope their oils will be as successful this year as in 2016.

Not only did Rangihoua Estate receive a silver medal for their Picual oil in the hotly contested ‘robust’ category, and golds for their Waiheke blend and Frantoio oils, but they got top of the podium with an outstanding win of Best in Class for their ever-popular Waiheke Blend, in the Los Angeles International Extra Virgin Olive Oil Awards.

The grove was one of only 12 southern hemisphere producers of extra virgin olive oil to win a Best of Class Award, the only New Zealand oil to win such an accolade. Go Rangihoua Estate! 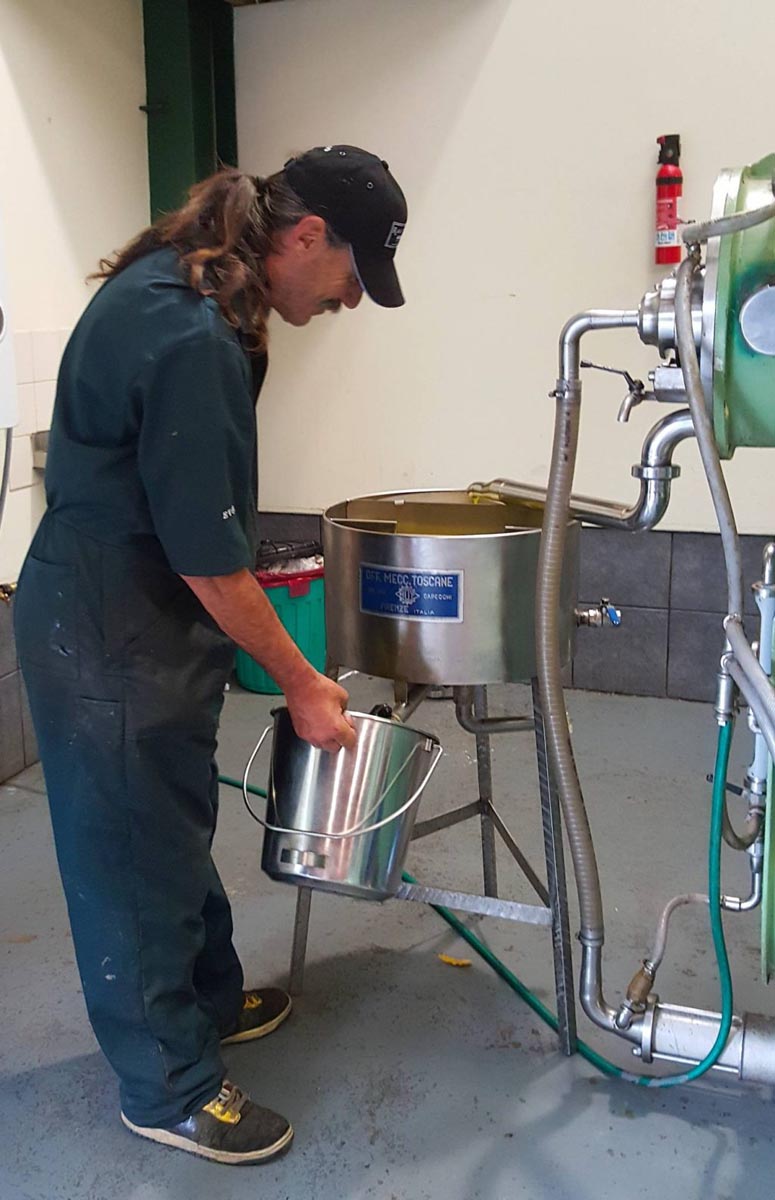 Darryl getting the oil flowing. 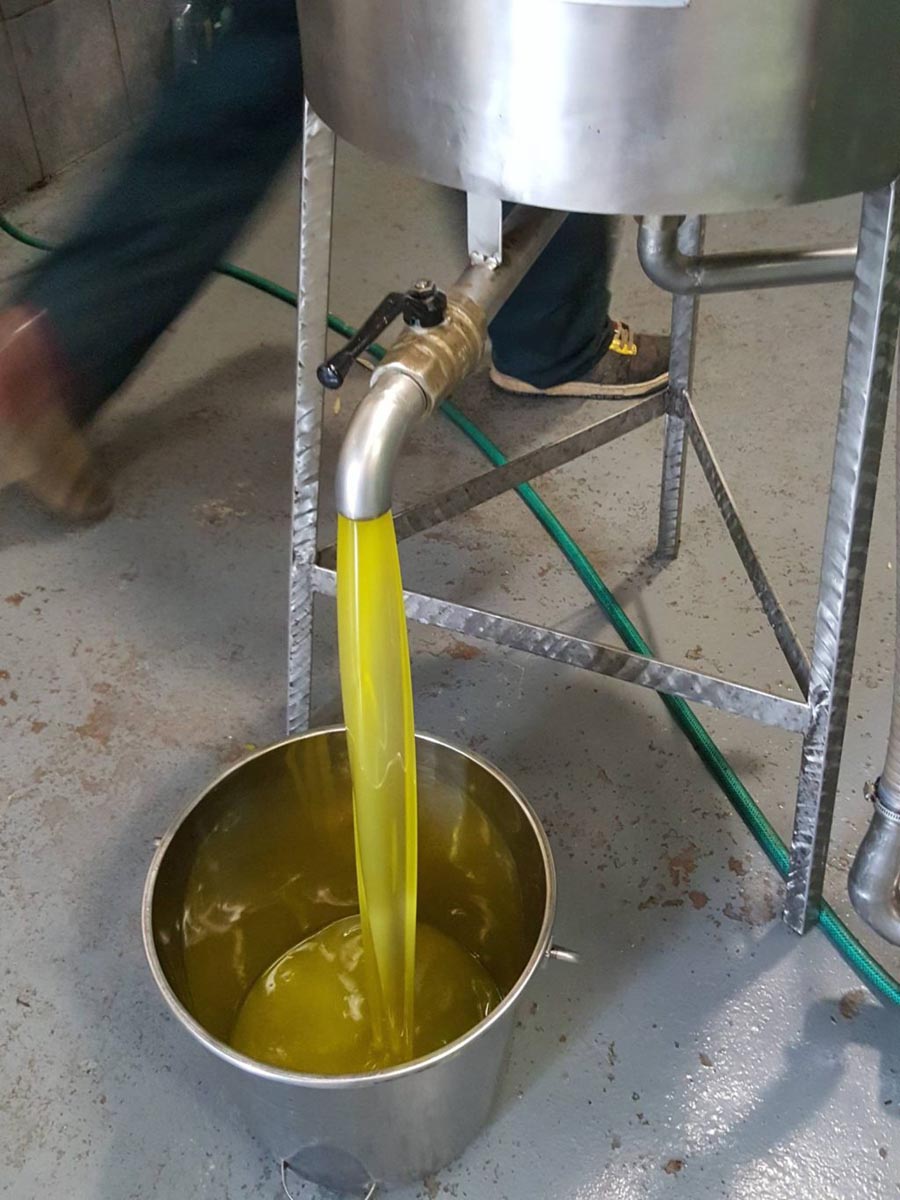 Thick and fast. Better get another bucket! 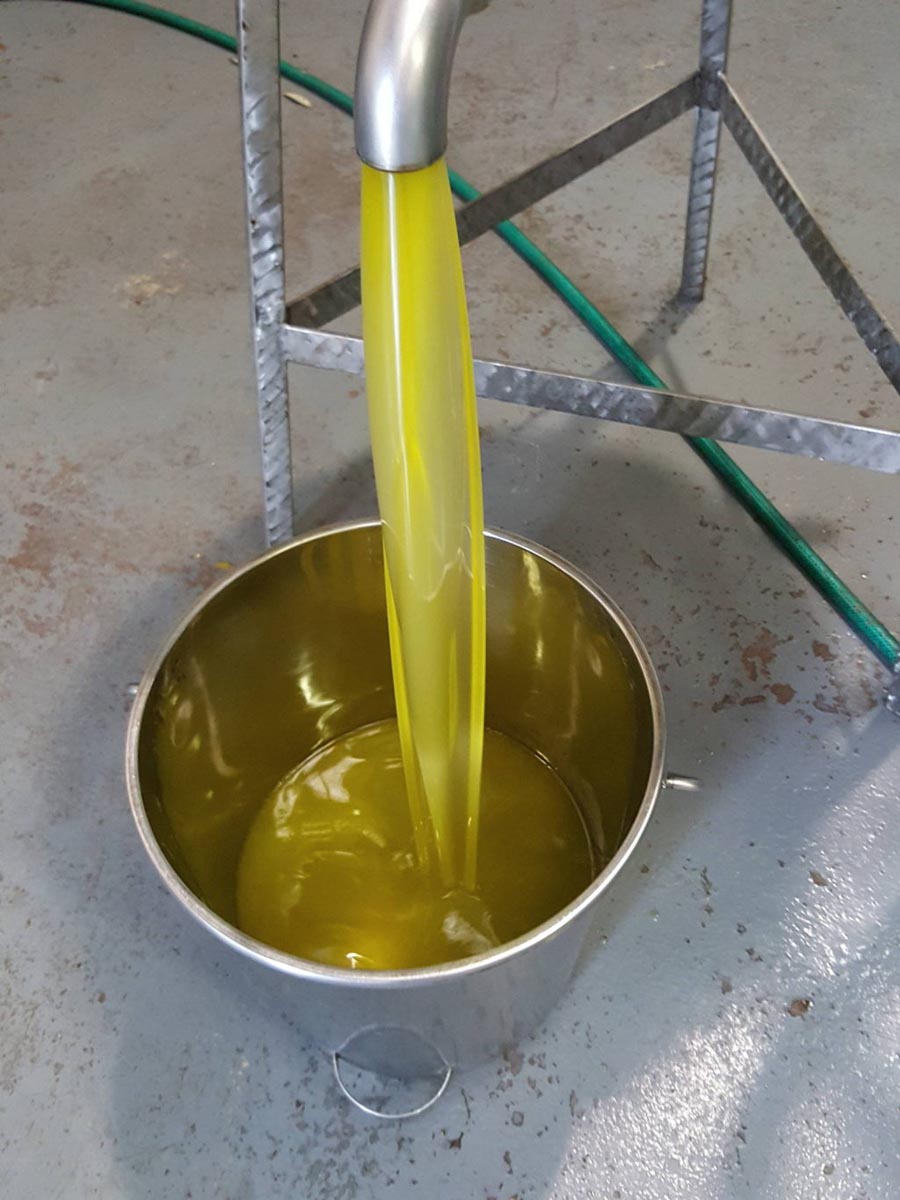 Green and gold and gushing out. 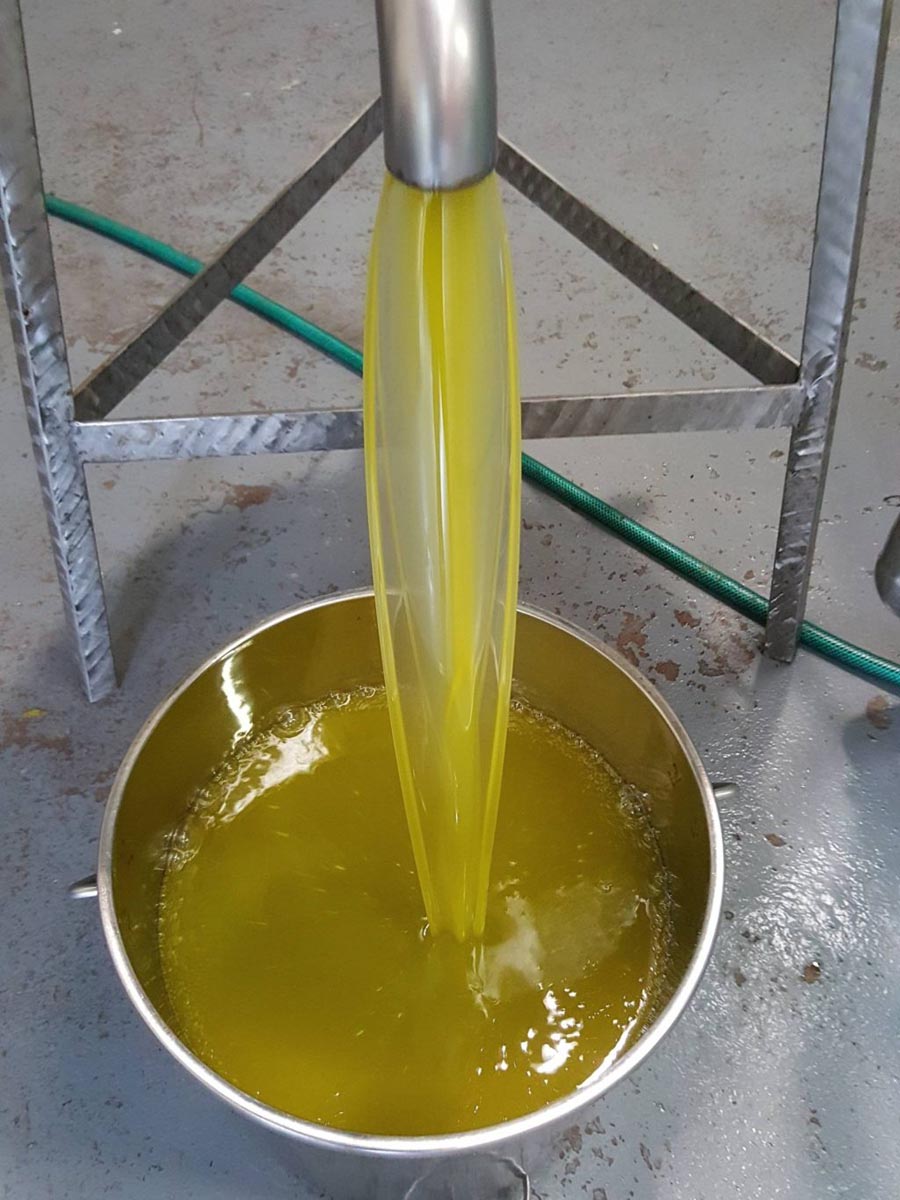 A thing of beauty – the just-pressed oil flows in a thick golden green ribbon.

Te Matuku Oyster Festival next weekend!
Saturday 15th October at Waiheke's Rangihoua Estate, Te Matuku oysters will be king for the day, served up freshly shucked among a festival atmosphere of live music, cooking ... Read more
What? Pigs in Orapiu?
Crank up the fire and gather around as Paula and Ignacio cook up a harvest feast. Read more
Waiheke Island Garden Safari
This is how you get to snoop around some of the best properties on Waiheke Island! (All for a good cause, of course.) Read more