If you like cook books filled with contemporary food and pretty pictures, a new twist on last year’s favourite, perhaps, with nothing too outlandish or challenging – the sort of stuff churned out annually by our top authors, and I am not dishing dirt, it’s just how it is – this book is not for you.

This is more the thinking foodies’ book, perfect for the armchair traveller. Chances are, you won’t cook anything from it, because it doesn’t contain solutions for mid-week meals, and many of the ingredients are a bit extreme, or unavailable unless you eat nose to tail and forage for wild ingredients and make your own cheese and salami for starters. (Of course you can use substitutions!) It’s a read. A book that reveals a different world to our own most likely, food based on tradition, a curious blend of French and Italian cuisine with a definite stamp of artisan craft still prevalent. It’s a step further than Italian regional food, or casalinga, and there are some gems to grab.

The book centres in on the people of the land, the farmers, producers, chefs and home cooks, those with skills fast disappearing. It’s a cuisine bound by the rhythm of the land and the sea, the seasons. It’s pigs free-ranging on chestnuts and barley, meats based on salting and smoking, wild flowers and herbs added to dishes to give them a unique perfume and taste. There’s a recipe for making a knife. Yes! And an excellent section on Corsican wines. Scattered throughout are portraits and profiles of winemakers and farmers, fisher folk and cooks.

The photography style is one many try to emulate though they often don’t hit the mark – earthy, natural, gritty, poignant – interesting pictures which tell a story, printed on mat paper with no unnatural highlights or added glisten.

But it’s the food writing that drew me in and held me there from cover to cover. It’s free of clichés, superlatives are kept to a minimum but words that convey sensations and tastes, aromas and textures leap from the page. The author is Nicolas Stromboni, a master sommelier, and the Press Release hardly needed to tell me, a passionate ambassador for Corsican produce. It’s his first book. The photography is by Sandra Mahut.

Here are three samples, the first describing prisuttu (prosciutto) and the second and third describing brocciu cheese (like ricotta).

“To describe the flavour of this ham would be simplistic, given the complex taste of this choice piece. Generally, we say it emits aromas of hazelnut, chestnut, dried mushrooms and fresh butter, but there are plenty of others – including one impossible for me to describe! If I’m lucky enough, during a meal or a spuntinu (snack) to have the privilege of sniffing some out, I know from the first mouthful that I’m experiencing a rare moment. I’m in the presence of an exceptional prisuttu. I keep quiet and I savour it.”

“It’s certainly eaten fresh, on its own or dressed, from immediately after making until two or three days after. Of course, if you’d like to enjoy its texture, nothing is better than brocciu a few hours old. It then has a cotton-like aspect, its mouthfeel is delicate and airy; the sensation is comparable to that of warm, slightly juicy snow; and the lack of consistency despite a well-defined taste is a real discovery or a surprise. Nothing escapes you; each spoonful brings you closer to the frustration you know is nearby because fresh brocciu is a precious foodstuff, and like all precious foodstuffs is rare.”

“Brocciu doesn’t resemble anything apart from itself, and it’s worth visiting Corsica for brocciu alone, to pay homage to it. It’s the pride of the herder and of the whole island. For me, it takes me back to one of the great paradoxes of this island where everything is fragile despite the rocks it’s made of. You will have seen in the recipes that the island is not as rural as all that, that its cuisine is considered, and that balance and harmony are the watchwords of a Corsica that can be seen as rustic. Brocciu symbolises in itself the link between a pastoral Corsica and the immense contemporary and gastronomic domain it sustains.” 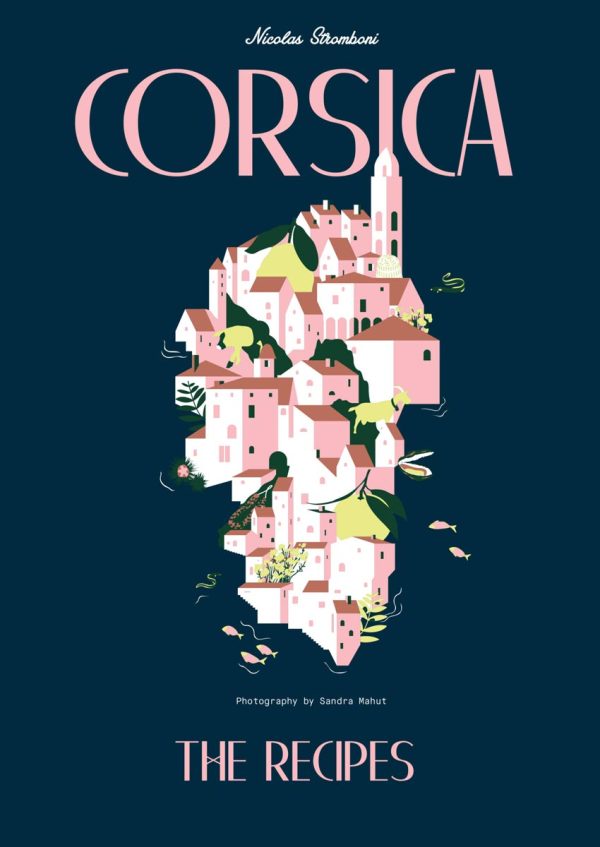 Pineapple – Easy to prepare when you know how
Removing the eyes (little pesky bits) from a pineapple, and the core, ensures a tender mouthful of juiciness with every slice.
The remarkable date
Dates are seriously good for you. True!
Cooking Class+Lunch Experience
Scrumptious food and delicious wines – come and cook with Julie Biuso on Waiheke Island! These are special days at Waiheke's most gorgeous location, Sacred Blessing Sanctuary Gardens, where we pick organically grown produce, cook, feast, imbibe and enjoy.
Julie Biuso At Home – do you have a copy?
Award-winning book – get yours signed with a dedication.
Tomatoes on Sourdough
Tigerella tomatoes – tame the stripes and stick these ones onto char-grilled sundried sourdough bread for a feastette.