It’s about time I got a word in. Things have been going pretty well around Rocky Bay lately, (apart from one major grizzle which I will tell you about in a minute), with lots of sunshine and it’s not too cold. Mind you, I’ve got my fur coat on regardless, just in case. I hear them drone on, ‘winter’s on its way’, so I may as well be prepared.

I like her having the doors and windows open in the day, because I can come and go as I please. No hanging off the door frame outside trying to get noticed. She’s been humming a lot lately. Quite annoying really, though it’s better than her singing. I CAN’T STAND IT. I have to say that in a shouty voice because it’s really bad. Like, really bad. But she seems happy when it’s sunny. And she’s out in the garden flinging things around. I don’t quite understand what she does because she pulls things out of the dirt, then puts more things in that look just like the stuff she pulled out. It’s all weeds. I can’t eat it. It’s funny though, whenever she’s outside in the garden, it makes me want to go wees just by her. I don’t know why. I start fluffing around with the bark and digging a bit, and she chucks something at me and I get caught short and have to go up on the weedy bit to finish off. Oh, never mind. 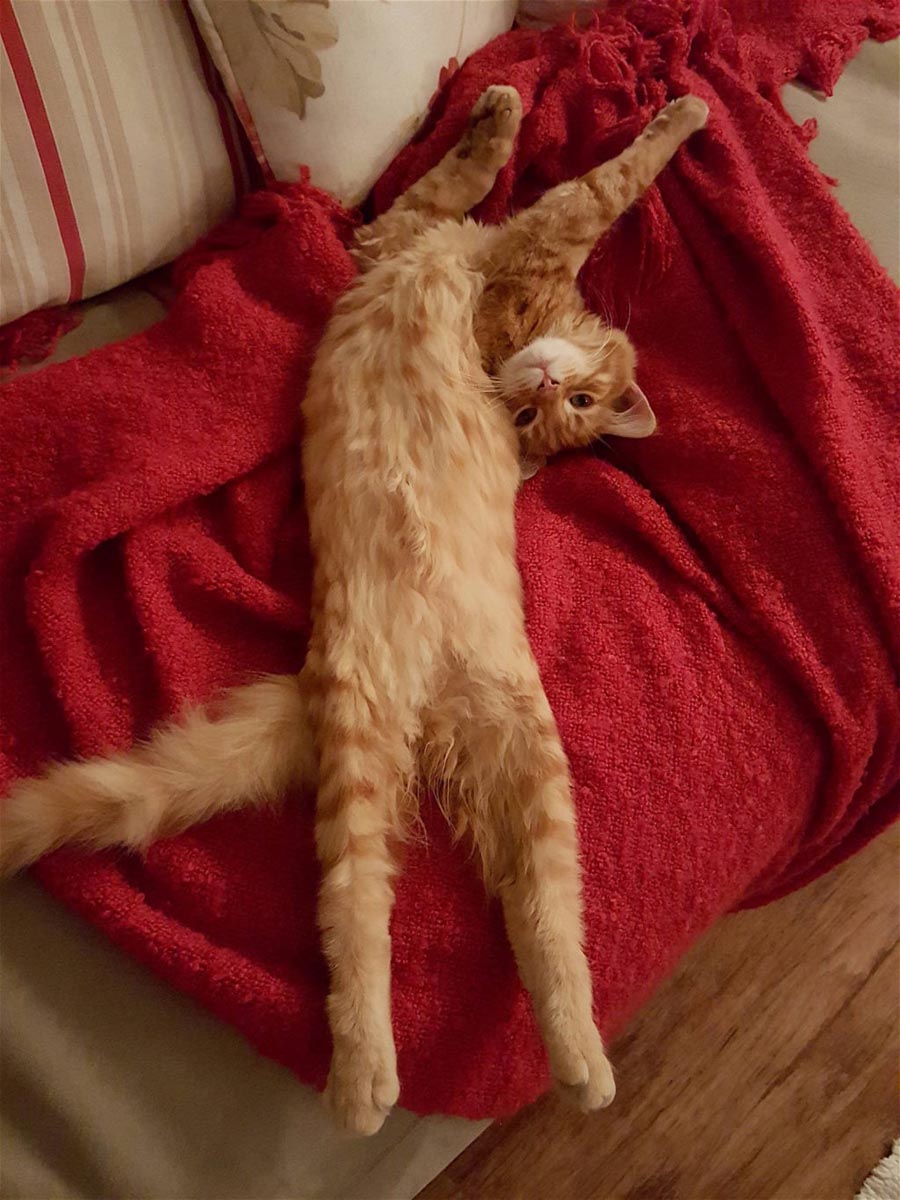 I’ve generally been quite happy just hanging around.

As I said things have been going pretty well, but there is one ENORMOUS problem. Some months ago, she introduced me to some new biscuits. They were simply scrumptious, the likes of which I had never had before. OMG I could have eaten them all day long. She would only give them to me in the middle of the afternoon. ‘Treat’ she would say when I went miaowing in pre-supper (you never know what you might get so it is always worth a try). She’d open the cupboard under the sink and tinkle a few nuggets of gorgeousness right into my bowl. ‘Only 13,’ she would say. Who’s counting? I certainly wasn’t. But she was very strict about the quantity.

I got to expect them and started trying it on in the morning as well, ‘cos you never know. And then I’d start up a grizzle in the evening, too, and any time she went in the kitchen I’d think ‘YASSSSH’, and it would make me grumpy when she didn’t go to the cupboard. I’d bite her ankles as she went to sit back down with her hot cocoa. WHAT ABOUT ME? Nope. That wouldn’t work. So, I’d shred the mat. But she lets me do that now. ’It’s old,’ I heard her tell the wall. I’d shred the chair, too, just for attention, which I am definitely not supposed to do, and do you know what? She’d give me a bit of a kick up the jacksie and throw me out. Can you believe it! It’s mistreatment, I’m sure, even if her foot doesn’t actually make contact, it’s the thought that she might kick me that makes me run out flat-stick.

She’ll let me in after a little while and say, ‘now BEHAVE’. I don’t really know what that means. Oh, I know it means I can’t go on the white mat, but surely it doesn’t mean that I can’t sit in front of the bickie cupboard and dream about it opening? 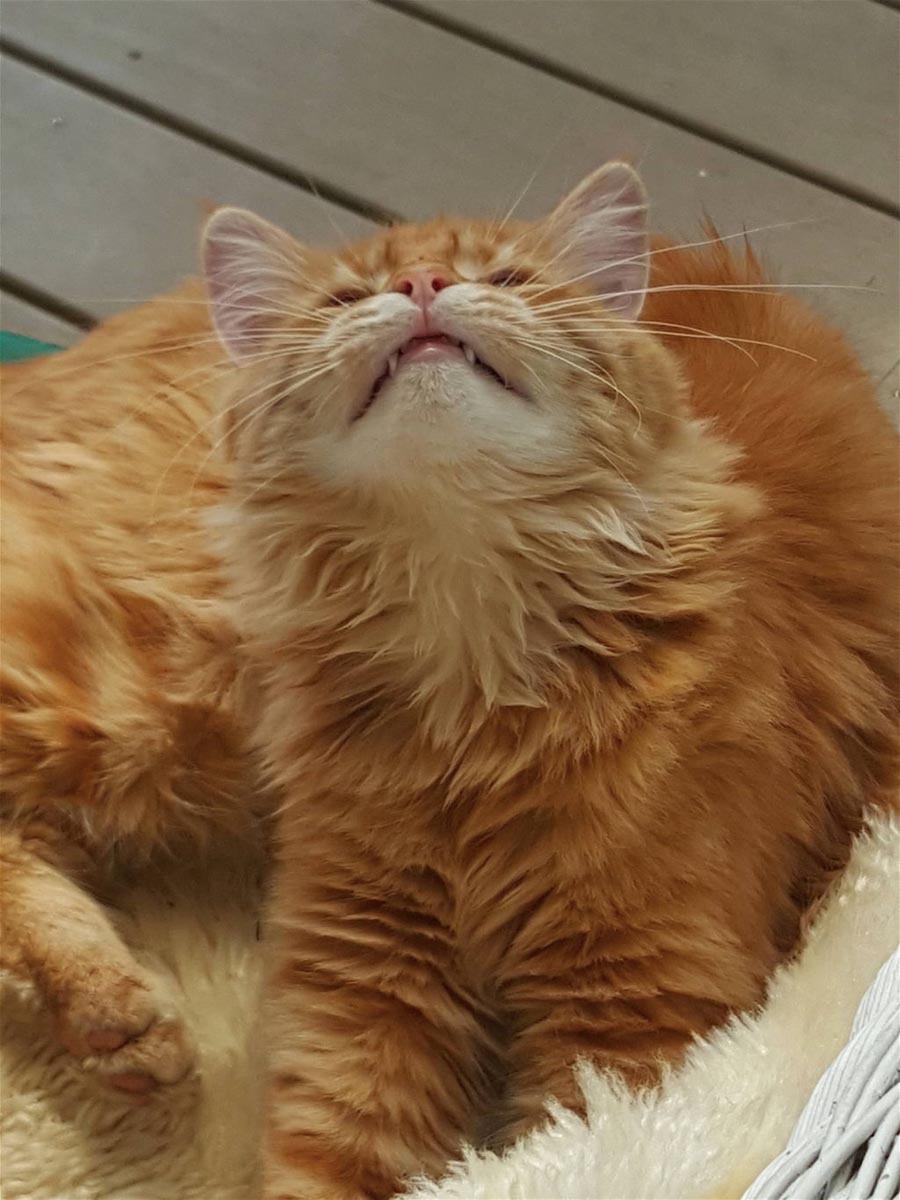 I feel pretty stink at the moment because it has been 5 days since she gave me any of those biscuits. I heard her say something like, ‘going cold turkey’, and I thought, I wouldn’t mind a bit of cold turkey, but, nothing new came my way, just same-old same-old broth with bits floating in it or the other stuff, ‘terrine’ she calls it. I dream about the coloured biscuits every night, and also when I nap in the day. They are glorious dreams.

I learn to open the cupboard (just by clawing it from underneath HaHa! ). And I claw at the packet of biscuits, and just like that biscuits pour onto the floor. A mountain of them. They cover the entire kitchen floor in mounds. I roll in them, purr in them, stomple in them, munch them, spittle them. Oh, you name it, I do it. BIG glorious mountains of chicken, catnippy, cheddary flavoured munchy things all for me. It’s the best dream ever.

I hate waking up because my feet are usually still twitching, and it’s horrible to realise that there’s no mountain of biccies at all, not even a single one, and then I remember that I can’t really open the cupboard. Worse, my chin’s always a bit damp. I just don’t know what to do. Should I leave home? 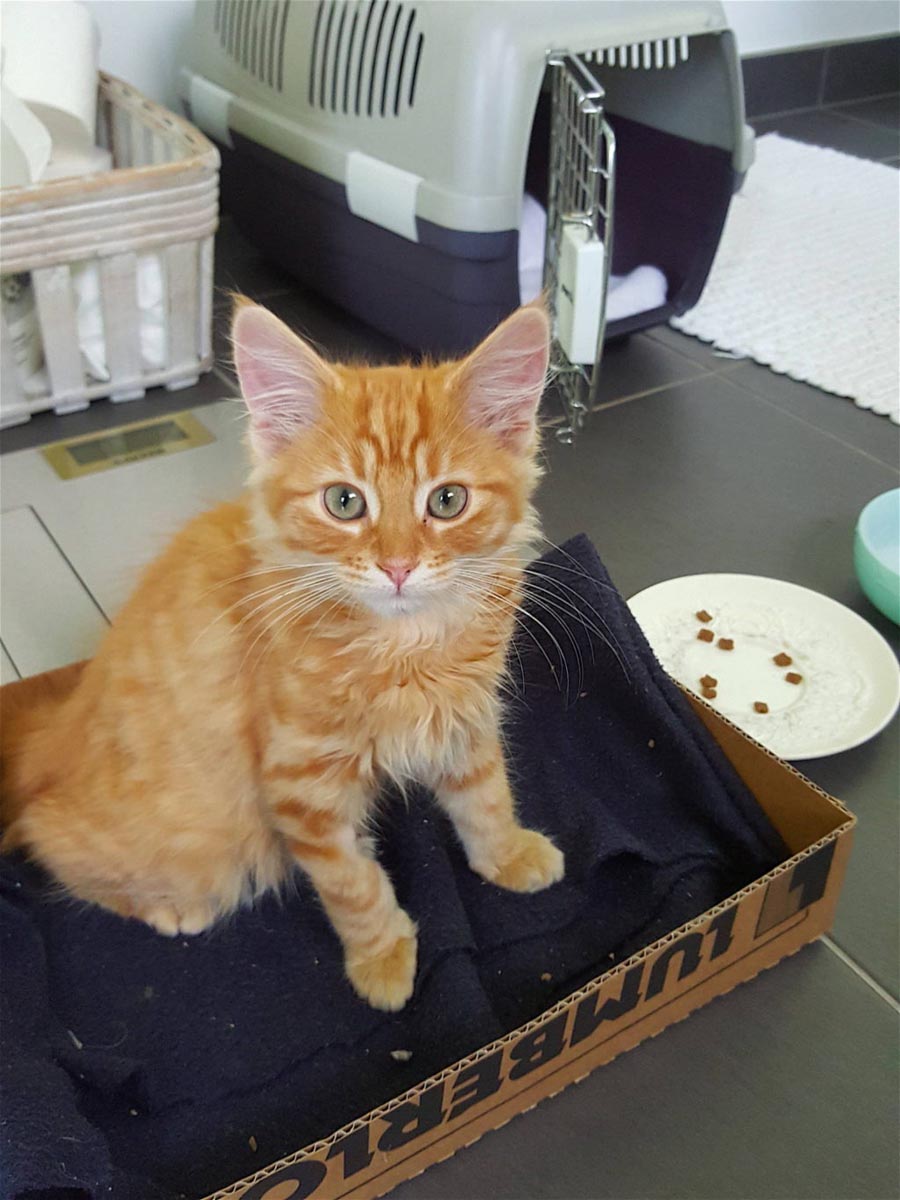 I used to be so tiny with just a cardboard box to my name and she told me she adored me. 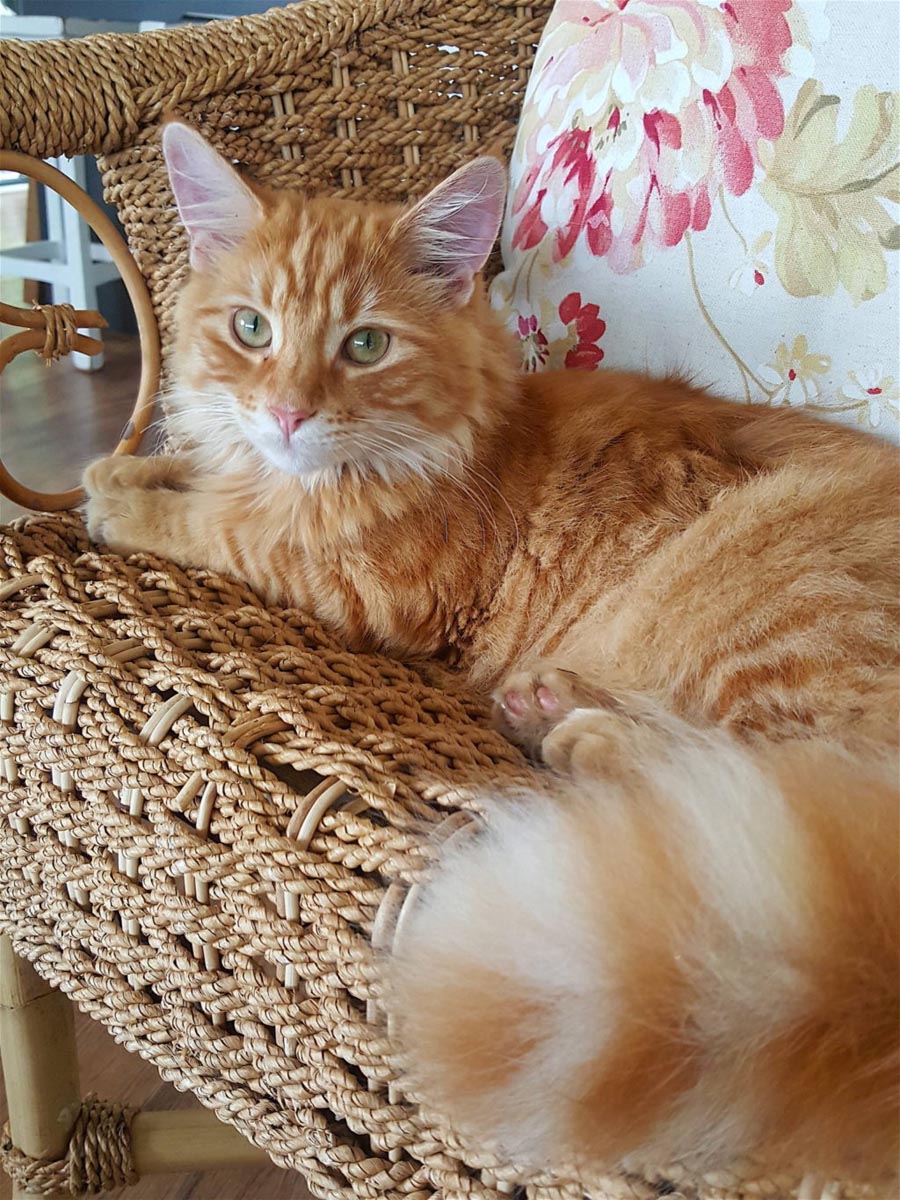 Now I’m king of the house I WANT THOSE BICCIES!

Summer Cooking Classes on Waiheke – Just a few January days left!
Come and cook with us on Waiheke – and enjoy a sherry tasting at the fabulous Casita Miro. Read more
Fours aux Amandes – almond petits fours
Here's the biscuit for you when you want to add a touch of elegance to your next tea party. Serve with your best china teacups and teapot and make a proper pot of tea as an accompaniment. Read more
Broad Beans
The only way to eat a broad bean is when it is very young, crisp textured and bright green, or, parboiled and stripped of its outer skin. Read more