This is one of the easier cake-making methods requiring little more than a pot, a bowl and a wooden spoon. It’s perfect for cooks who can’t stand flour under the fingernails (rubbing-in method), and for those who don’t own a cake mixture, or who always curdle creamed mixtures. It is used for gingerbreads and some cakes, notably fruit cakes, and produces baking with a moist and sticky texture which improves with keeping.

The fat, usually butter, is warmed with sugar or syrup, and sometimes also with the liquid (or part of it) that is called for in the recipe, until the butter melts and the sugar dissolves or the syrup liquefies. The melted mixture is then cooled before stirring into dry ingredients.

The temperature should be just sufficient to melt or loosen the ingredients. The melted mixture is cooled before stirring into the dry ingredients. If poured in hot it would start to cook the flour making the finished cake tough. However, cold ingredients such as milk and egg cool it down sufficiently so the recipe can be continued without a long pause; or if the cold ingredients are poured into a well in the dry ingredients first, and the warmed ingredients poured in after the mixture will remain cool. Stir just to mix, don’t beat. The batter is usually thinner than most other cake mixtures and is poured into the prepared tin, finding it’s own level (fruit cakes are heavier, and the top can be smoothed with a knife). A high proportion of raising agents is often called for as eggs are not always included, or when they are, they are not sufficient in number to raise the batter on their own. 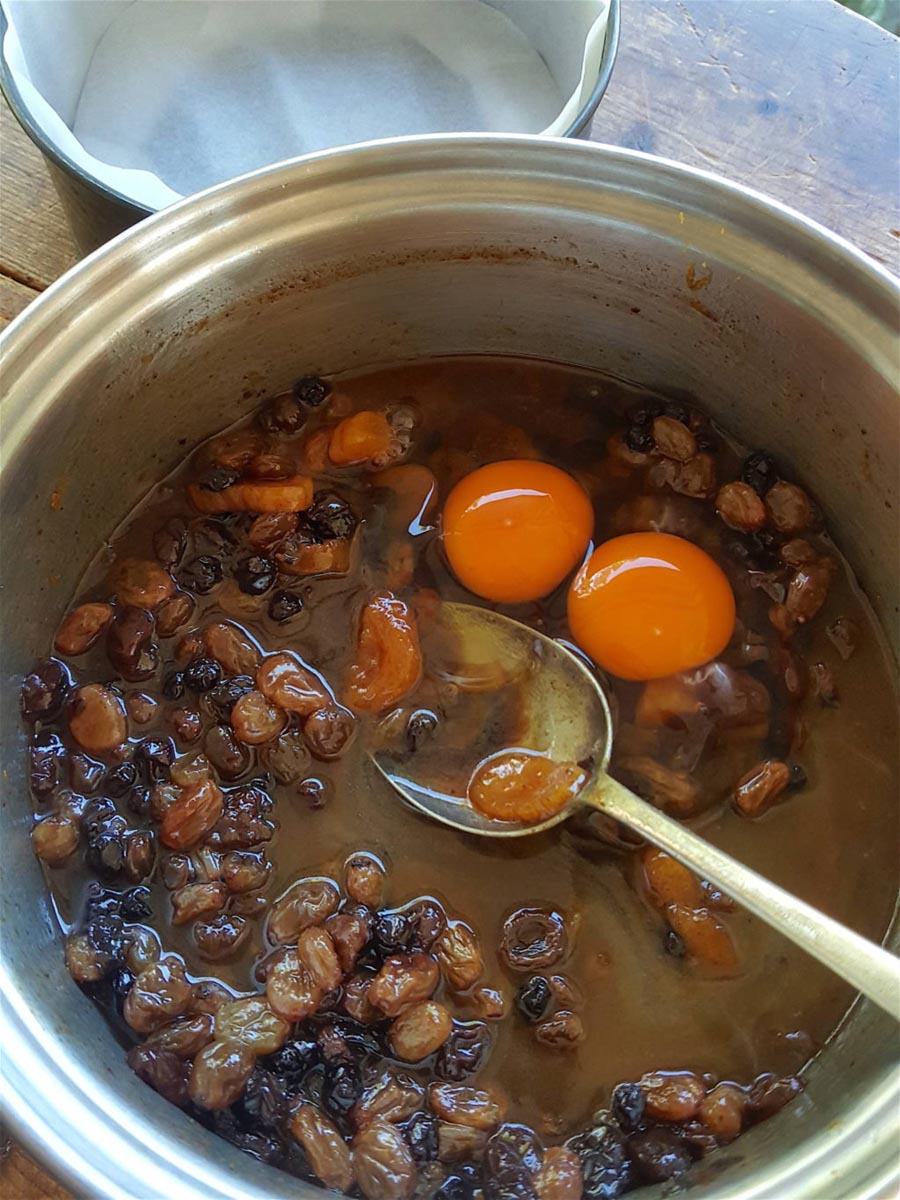 Recipe for Pot Cake made with this method Pot Cake

Nectarines Baked with Chocolate Amaretti Topping
Got a bunch of too-firm nectarines, or fruit that makes your mouth pucker? Deal to them this way and you'll be back for seconds. Read more
Tortillas with Pork & Tomatillo Salsa
Roll them up, munch away. Read more
New Potatoes Roasted with Fresh Bay Leaves
New potatoes are great any which way ... but roasted with fresh bay leaves they just may become your new favourite. Read more