The rule of thumb is 1 litre of water with 10g of salt per 100g pasta. An easy equation to remember is: 1000mls water, 100g pasta, 10g salt, so a 500g pack of pasta will need 5 litres water and 50g salt (2 teaspoons salt = 10g). If the pasta water is not salty enough, even if the sauce is seasoned correctly, the pasta will stand out, separate to the sauce, as bland. When both are seasoned, the two harmonise. Maybe it’s why some people find pasta bland. Get the salt in you twerps! (Most of it goes down the sink when you drain the pasta so stop fretting.) You really cannot make up for it by adding salt at the table.

Salt the water once it comes to the boil (salted water takes longer to come to the boil). Like my Italian family, I use large crystals of sea or rock salt without additives because it is cheaper than flaky sea salt and iodised salt contains some bitter elements which become more evident with boiling.

Once the pasta is added – and there is no need to add oil – stir it around a few times, then let the water come back to the boil. Some cooks put the lid on to bring it back to the boil more quickly, and this is helpful in a cold kitchen, but remove the lid once the water is boiling or it will froth up and boil over the pot. Cook at a lively, but not rolling, boil.

Cook until al dente, that is with the starch nearly or just cooked through. In my Italian family, this is a bone of contention as several members like it much less cooked than the others. They do have a good point though. Pasta cooked to the al dente stage, or just before it, requires more effort to chew, which increases the flow of saliva, and that helps digest the pasta more quickly. And, remember pasta continues to cook as it stands. This is particularly important if making baked dishes of pasta such as pastitso. 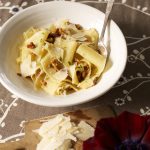 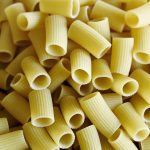 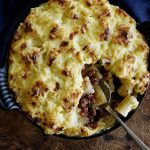 Pineapple – Easy to prepare when you know how
Removing the eyes (little pesky bits) from a pineapple, and the core, ensures a tender mouthful of juiciness with every slice.
The remarkable date
Dates are seriously good for you. True!
Roasted Brussels Sprouts Salad
If only our mothers and grandmothers had thought to roast these cute little buds we would have loved them at first bite!
Banana Raita
This may sound wacky, but it is sweet and tart, hot and fresh, and cooling – just the thing to serve alongside a fiery curry.
A Happy Trio of Tartinades
Ta-ta-tartinades. Fluffy and creamy but not at all rich ... Clevedon Buffalo spreads.