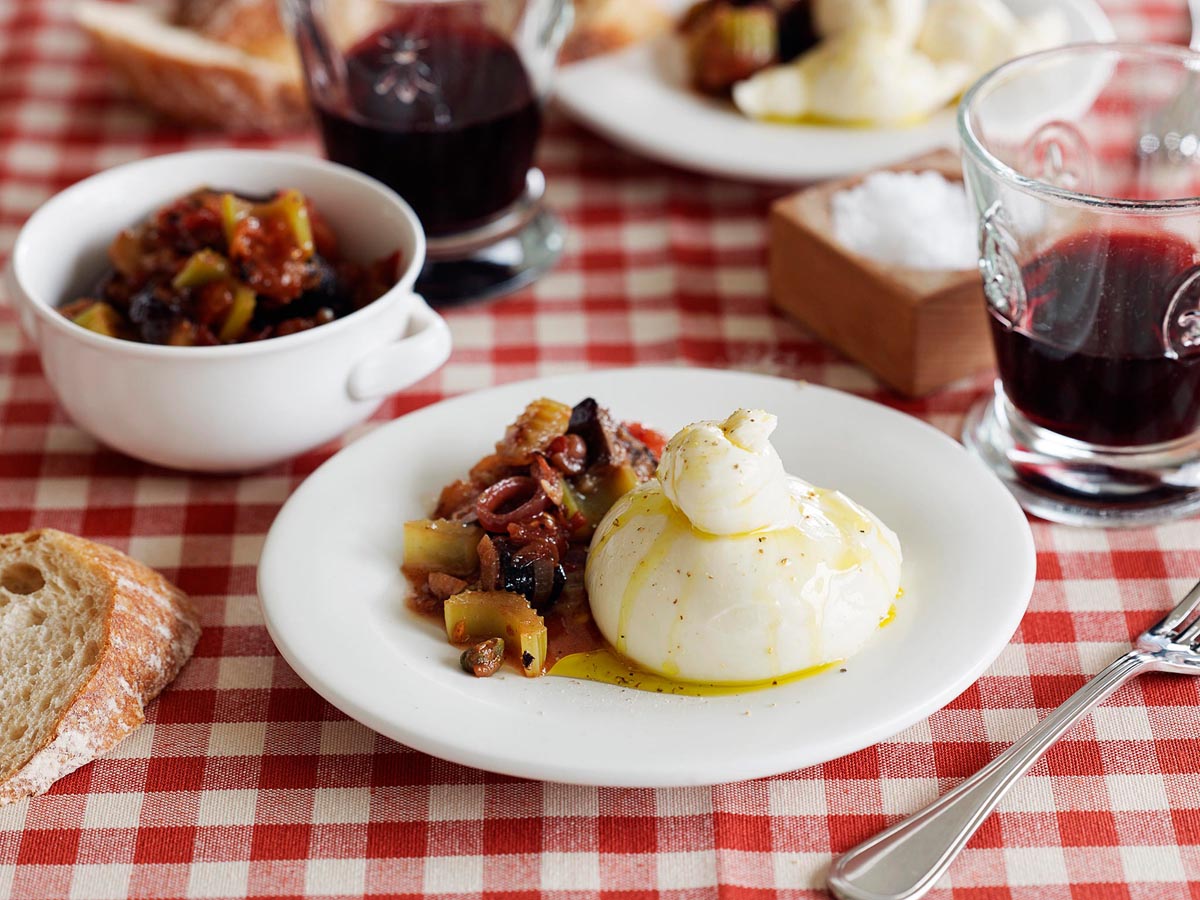 How can you describe something that is so soft, so tender, so milky, so sensuous … without wandering off topic? Just use the word BURRATA.

It's a little dome of happiness, filled to bursting with a rich creamy centre, barely holding its shape, that just wants to burst open on your plate. Let it! Oh my god, yes, we have an expert here in Auckland: Il Casaro burrata is astonishingly good. I’ve teamed it with a quick version of caponata.

1 Slice eggplant thickly then cut slices into cubes. Heat olive oil in a large frying pan (skillet) over medium-high heat. Add eggplant cubes and toss to coat in the oil for 1-2 minutes. Cover with a lid and lower the heat to medium. Cook for 10 minutes, stirring once or twice, or until tender. You want to get a good colour on the eggplant, but make sure the heat doesn’t get away on you and scorch it. Transfer to a plate and season with flaky sea salt.

2 Add 2 Tbsp oil to pan, turn heat to low and add celery and onion. Cover with a lid and cook for about 7 minutes until browned. Stir through garlic, then add tomatoes. Cover with lid and cook for 7 minutes, stirring often, or until tomatoes have collapsed. Return eggplant to pan, add capers, then season with salt and pepper. Splash with red wine vinegar, then cook everything together for 2-3 minutes more. Turn off the heat and serve warmish or at room temperature. 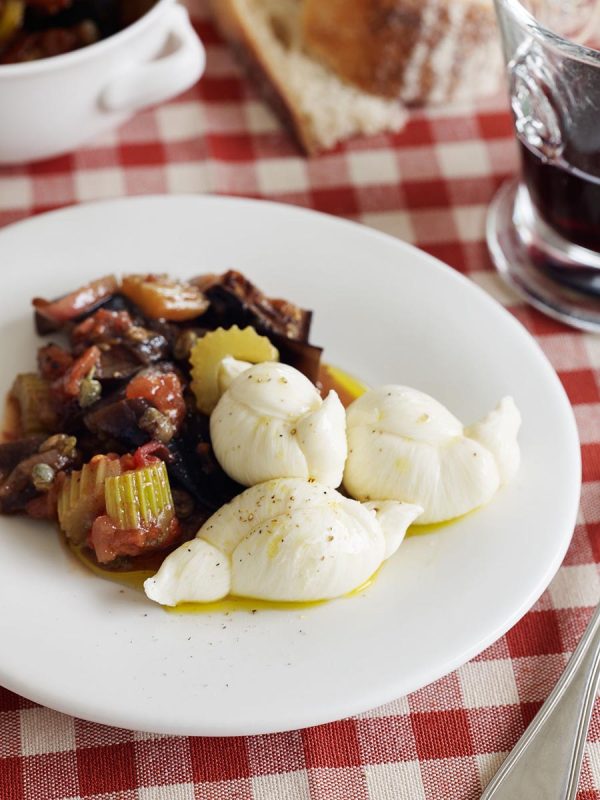 Caponata – a bit of a cheat’s version

The Sicilians sure know how to cook eggplant. Caponata, originating in Sicily, is one of their glories. Essentially it is a stew of eggplant, onion and celery, sharpened with vinegar, and with capers and olives, but it can be much more elaborate than that. A baroque rendition sees the dish adorned with baby octopus and bitter chocolate, with toasted almonds added to the sauce. My late Sicilian mother-in-law, Mamma Rosa, was an expert on caponata and it’s a tradition that has passed down through the family. I hardly dare make it for my husband Remo, who, like his parents and siblings, was born in Palermo, because it will always be lacking in ‘something’ (probably just Mamma Rosa’s touch!). But while he is away in Italy seeing family and I’m here in New Zealand, I’ve whipped up this speedy version, without onions and olives. It’s a bit of a cheat’s caponata in a way, but do you know what? It tastes pretty good, especially teamed with milky burrata. 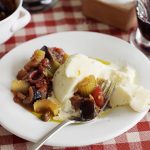 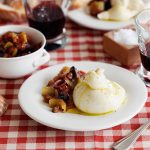 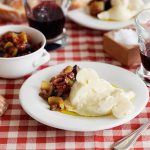