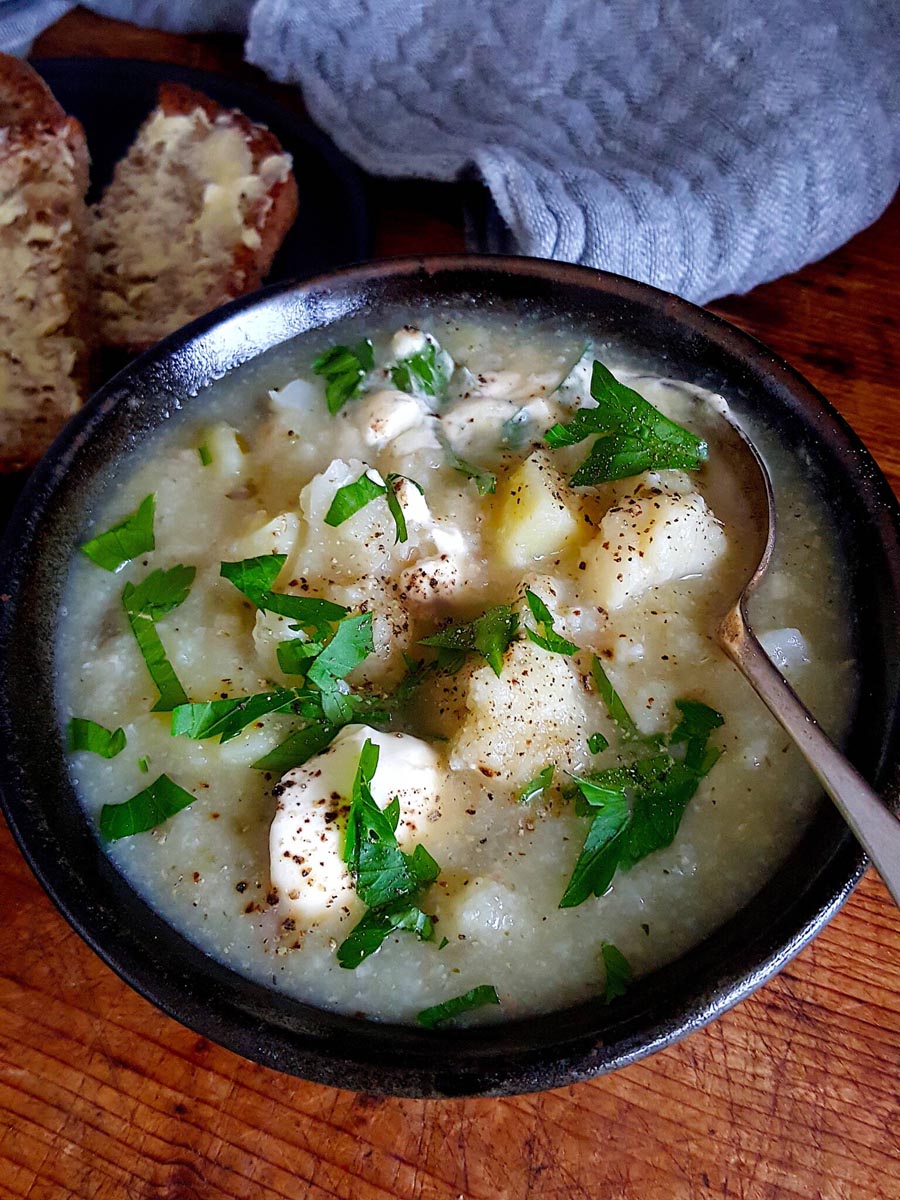 A delicious mid-week soup that can be made in a slow cooker.

1 Cook onion, garlic, celery and bacon in a frying pan (skillet) in olive oil over a gentle heat until tender and just starting to brown. Transfer to a slow cooker preheated to High, or a large saucepan. Add sage, parsley, and marjoram, if using, potatoes and cauliflower, boiling water and salt. Cover with a lid and bring to a boil, then lower the heat and cook gently until tender. Allow 45 minutes if cooking in a saucepan, and up to 3 hours if cooking in a slow cooker. 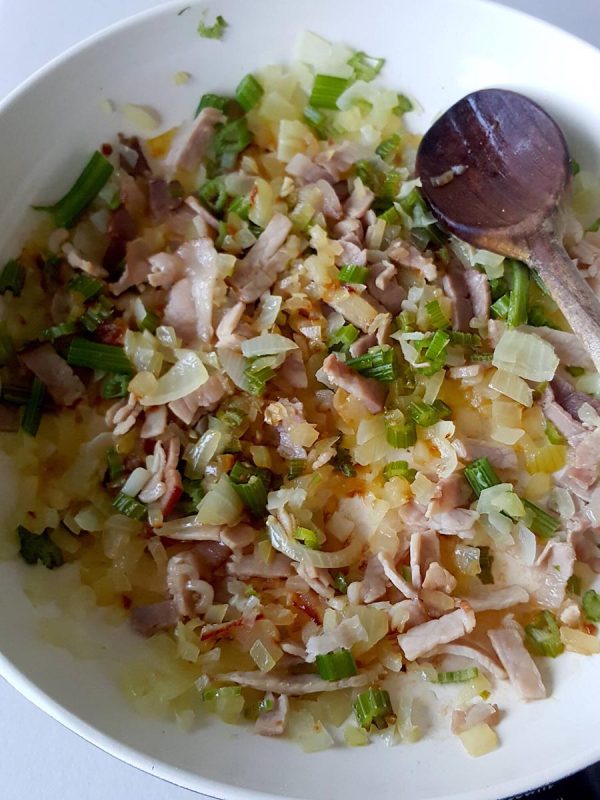 Cook bacon and vegetables until tender and just starting to brown.

2 Once everything is tender you can either partly mash the soup with a potato masher or stick blender, leaving some of the vegetables in chunks, or liquidise half of the soup in a blender and mix it back into the lumpy soup. Either method should give the soup enough body and leave enough texture to add interest. Check seasoning. If it tastes flat, add more salt.

3 Dish soup into bowls, add a blob of crème fraîche to each and sprinkle with parsley. Serve hot.

I used Woodys Nitrite-free NZ Born and Bred Free Range back bacon cured without added nitrites. Cured with just sea salt, brown sugar and sage (a natural preservative). Don’t expect nitrite-free bacon to look rosy pink like pork– it won’t – it’ll be brown. That’s normal. You can make the soup without bacon, but you will need to increase the salt, and add a sprinkle of smoked paprika to the cooked onion to provide a smoky base.

Crème fraîche gives a lemony tang, but you could swirl in a little cream and add a squirt of lemon to each bowl of soup if preferred. And chopped fresh mint will also give it a fresh lift. 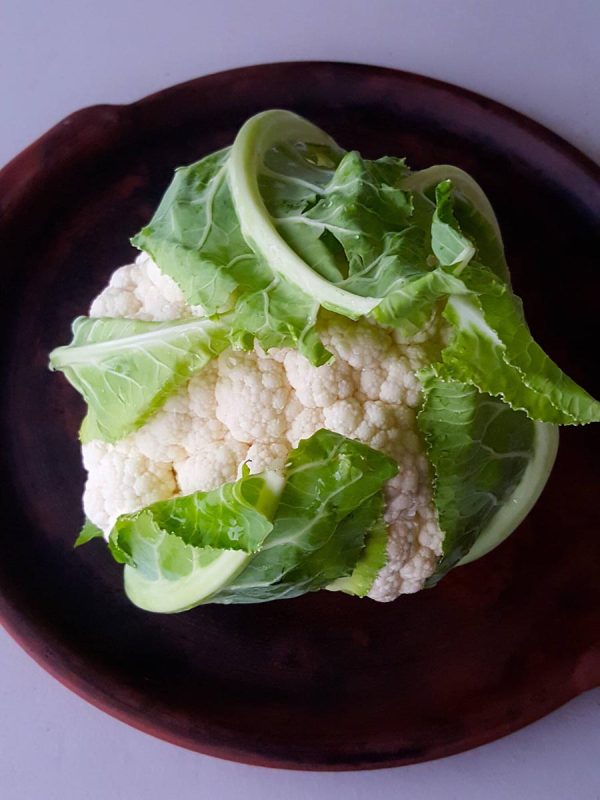 Start with a fresh cauliflower 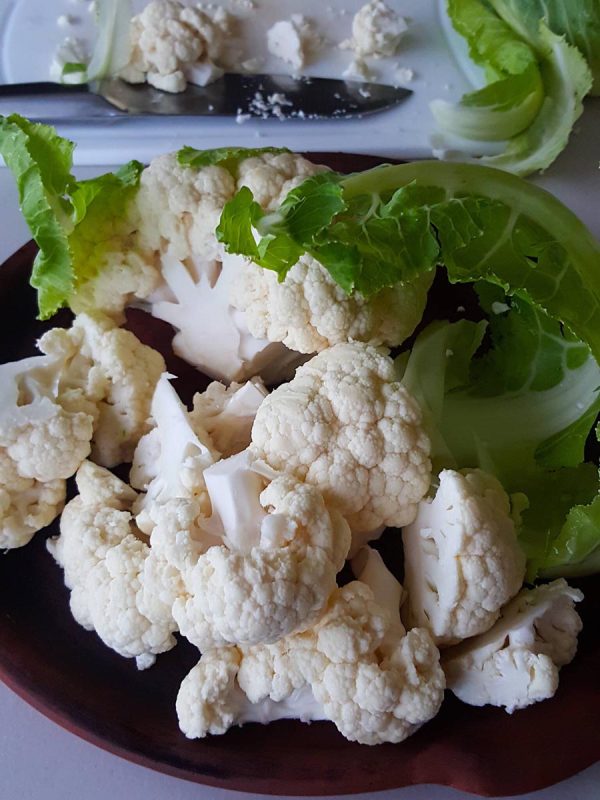 Roughly chop cauliflower and include the tender leaves in the soup.

Get grilling
Make the most of your barbecue by starting with a clean grill.
Late Summer Tomato Salad with Basil Dressing
Bring on the brights. Summer's not over yet.
Brussels Sprouts & Mandarin Salad
When you get bored with Brussels sprouts, turn them into a salad. This is delicious, I kid you not.