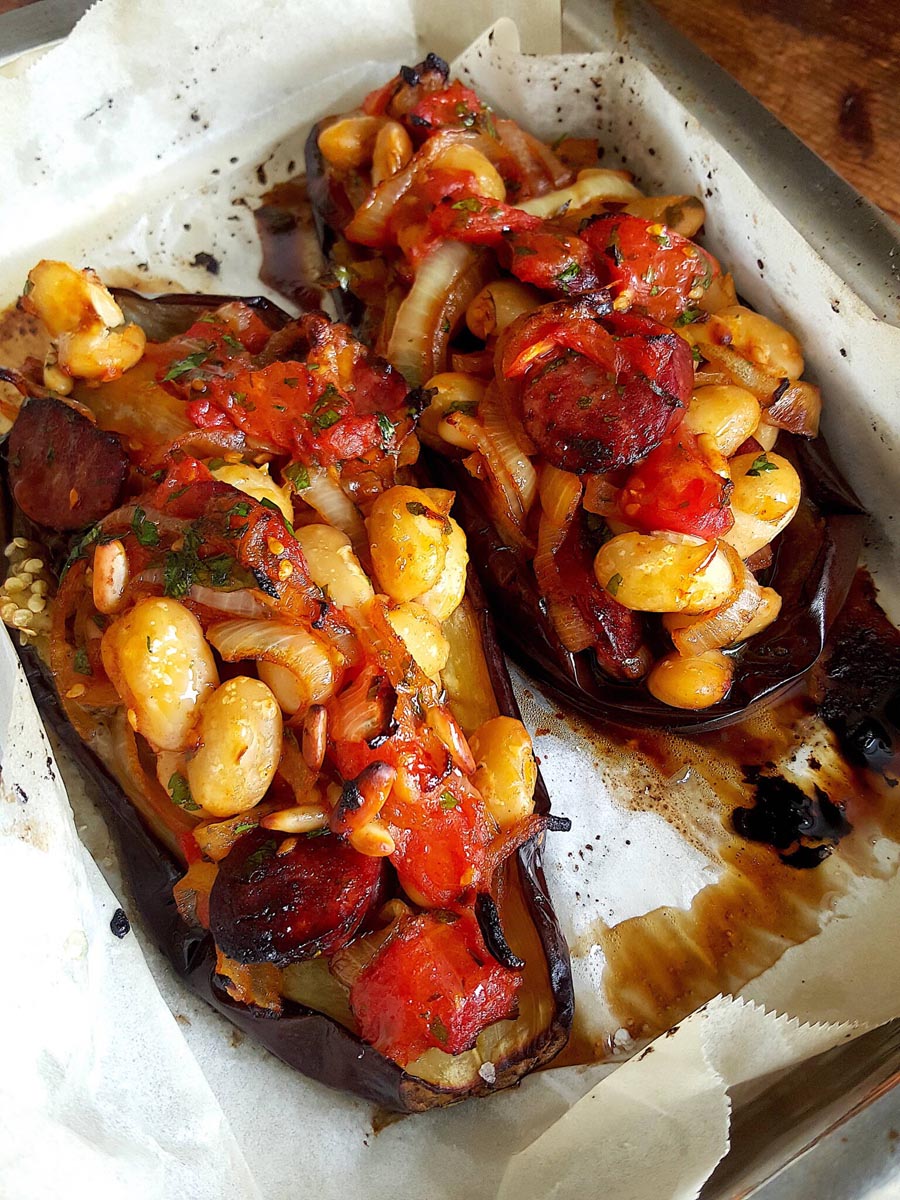 This white bean and chorizo mixture started life as a tapas dish, but I had an eggplant and thought it would be yummy stuffed inside it. And do you know what? It’s sensational! It makes enough to fill 2 eggplants, so if feeding 4, grab an extra one. Half an eggplant per serving with other vegetable dishes is enough for a main course.

1 Preheat oven to 190°C (375°F). Cut eggplant in half lengthways. Score the cut surfaces with a small sharp knife, then generously rub them with oil and season with salt and pepper. Put eggplant halves oiled side down in a shallowish ovenproof dish lined with baking (parchment) paper.

2 Bake for 30 minutes, remove dish from oven, then turn carefully turn over the eggplant halves and return dish to oven for a further 15 minutes, or until lightly coloured and very tender. Increase oven to 210°C (410°F).

3 While the eggplant is cooking, make the filling. Plunge tomatoes into a saucepan of gently boiling water. Leave for 15 seconds, drain, then let the cold tap run over them until they feel cool. Peel and chop coarsely.

4 Heat a dribble of oil in a medium frying pan (skillet). Add chorizo and fry until lightly browned on both sides. Transfer to a plate. Wipe up most of the fat in the pan with paper towels, leaving any browned bits.

5 Add 1 tablespoon of oil to pan, heat, then add pine nuts and onion, cover with a lid and cook gently for about 7 minutes, until onion is becoming tender. Remove lid and cook a few minutes more until onion is lightly golden. Stir in tomatoes and cook gently for 2-3 minutes, then add beans and season with a little salt and pepper. Return chorizo to pan, add parsley and drizzle with remaining oil. 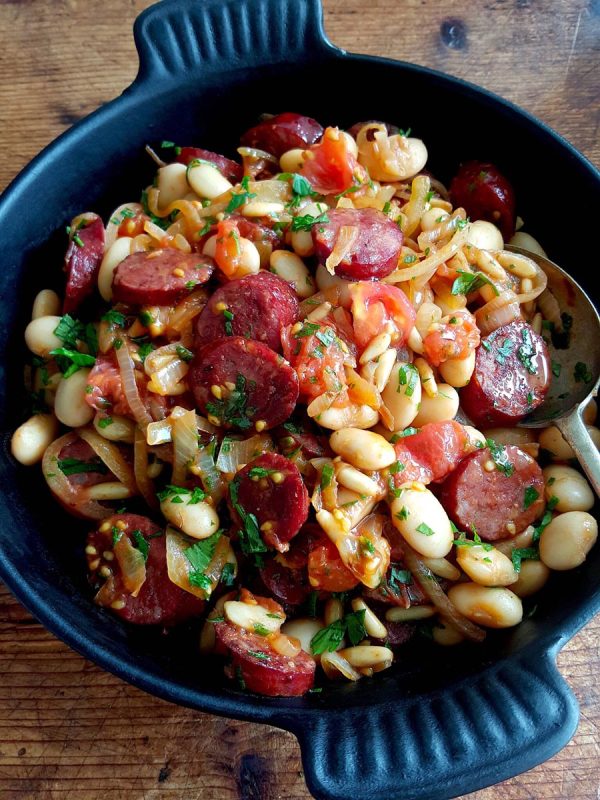 Serve as a tapas dish or stuff into eggplants.

The chorizo and bean mixture can be served in little dishes with forks as a tapas dish to be squished onto crusty bread, or piled on top of thinly sliced toasted rounds of bread.

Use cannellini beans, which are great for squishing on bread, or butter beans.

If only cooking one eggplant, refrigerate remaining chorizo and bean mixture for up to 3 days.

Vegetarian? Start with a large onion, add some garlic and chopped yellow pepper (capsicum), and add an extra can of beans or chickpeas in place of chorizo. 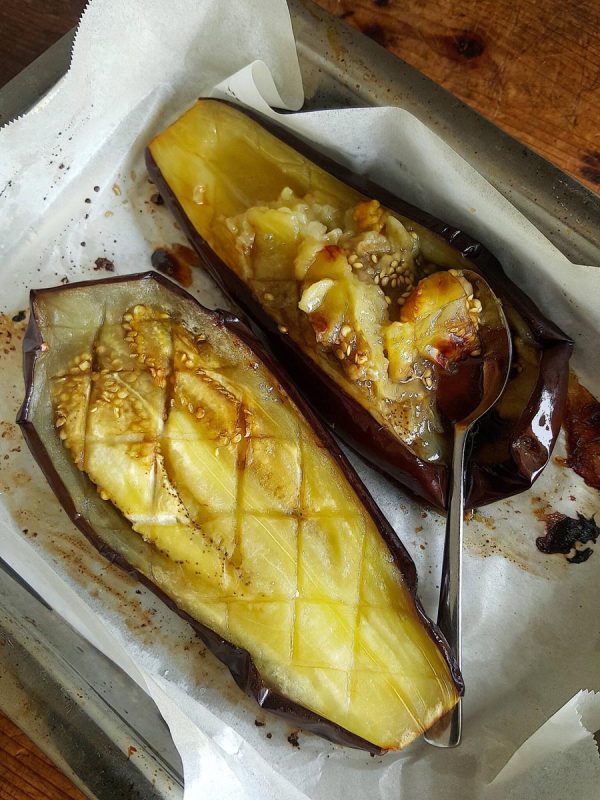 After baking eggplant, scoop out a little of the flesh to make room for the stuffing.

Pork Chops with Lychees
Oh, gorgeous, sweet fragrant fruit, lemon grass, lime and chillies with pork chops ... bad for you? Are you kidding me!