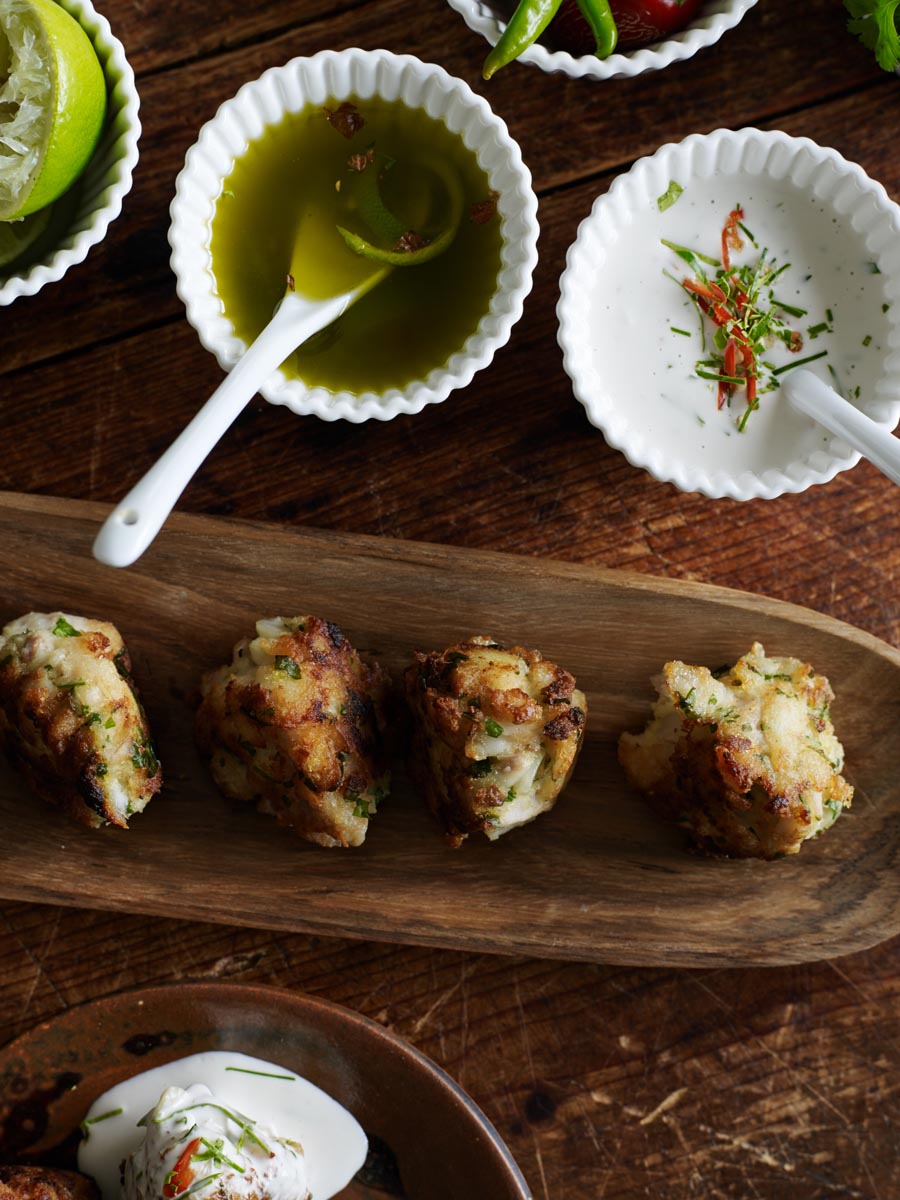 1 To make the fish cakes, smear the fish fillets on both sides with oil. Cook in a large frying pan (skillet), or on a barbecue hot plate (griddle), over a medium heat, turning once carefully with a fish slice, until nearly cooked through. Cool briefly, then flake with a fork and place in a bowl. Beat in the rest of the ingredients coriander. Shape into cakes and refrigerate until ready to cook.

2 Heat a little olive oil in a large frying pan (skillet). Cook the fish cakes until golden on both sides (treat them carefully because they are soft and delicate), drain briefly, then serve hot with either the coconut or lime dressing. Alternatively, cook the fish cakes on a lightly oiled barbecue hot plate (griddle).

3 To make the coconut dressing, put all the ingredients in a small pan and simmer gently until reduced by about half. Set aside until ready to use. To make the lime dressing, remove the rind from the lime using a small serrated knife, then cut in between the membrane to release the small pieces of lime fillet. Cut these into small pieces and add to the other ingredients in a bowl, adding any lime juice.

If you can’t find fresh kaffir lime leaves, substitute fresh unblemished lemon tree leaves – wash them, roll them up and slice into shreds…they’re nearly as good.

You can make and shape these fish cakes several hours ahead of cooking. Just keep them refrigerated until you’re ready to cook them. And they make a great way of using up leftover barbecued fish … I know, doesn’t happen very often unless you’ve been fishing and made a great catch, but just a thought.

We sometimes make smaller fish cakes and serve them as nibbles, though they’re quite messy in a sort of finger-licking way so are best eaten outdoors, or served at the very least with serviettes or on plates. Individual ones also look pretty smart on Chinese (porcelain) spoons. Most of the time we make big ones, because it is faster, and serve them with rice as a main course. If you’re not so fond of coconut, they’re equally scrumptious with a lime and chilli vinaigrette. 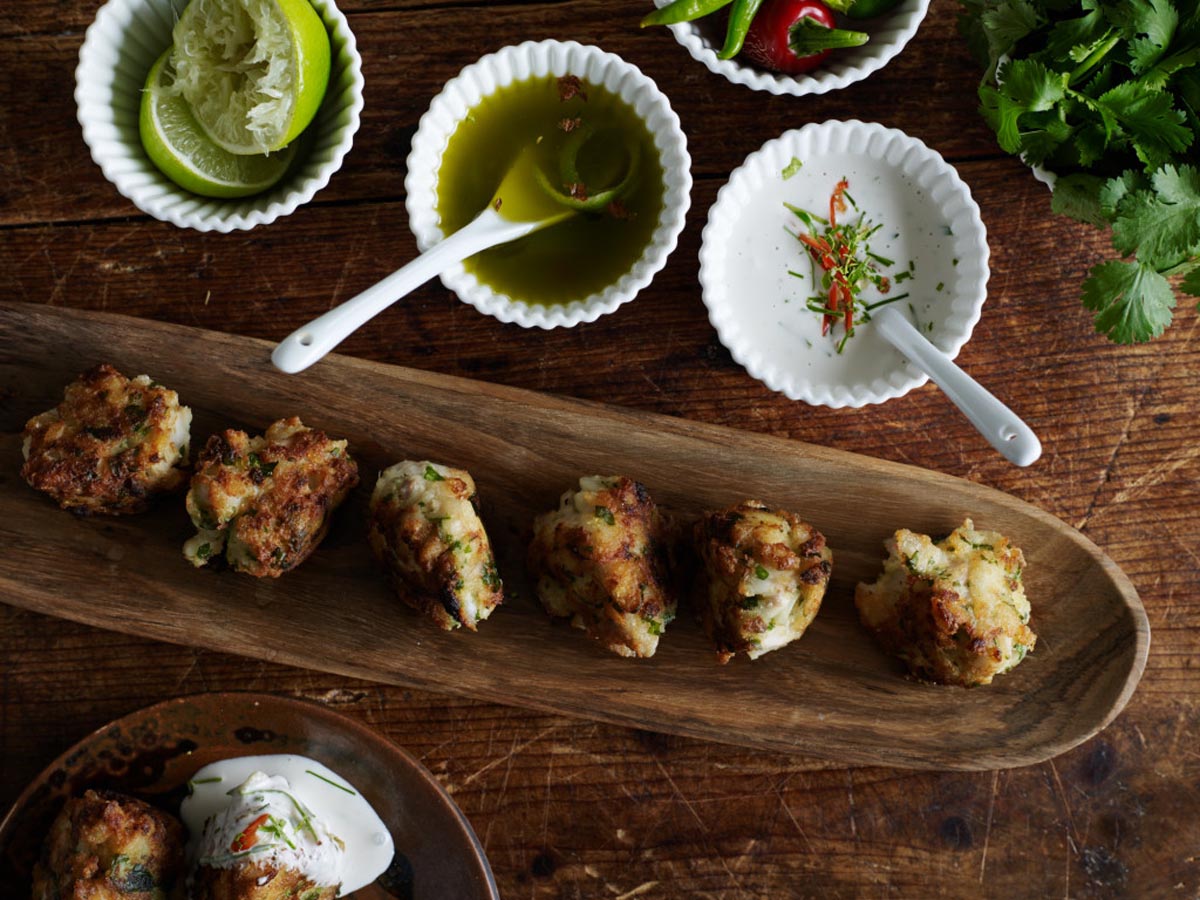 Kiwifruit Salsa
A handy little salsa to add a juicy sweet hot bite to your meals - try it spooned into the hollows of halved avocados.
Read more
Crispy Beer-battered Fish – Best ever!
Hear the crunch! Best-ever beer batter for fish delivers every time.
Read more
Pan-fried Fish with Apple & Fennel Salad
Looks like it is straight off the menu from a Ponsonby Road restaurant (Auckland's culinary pointy-end) ... learn the secrets!
Read more