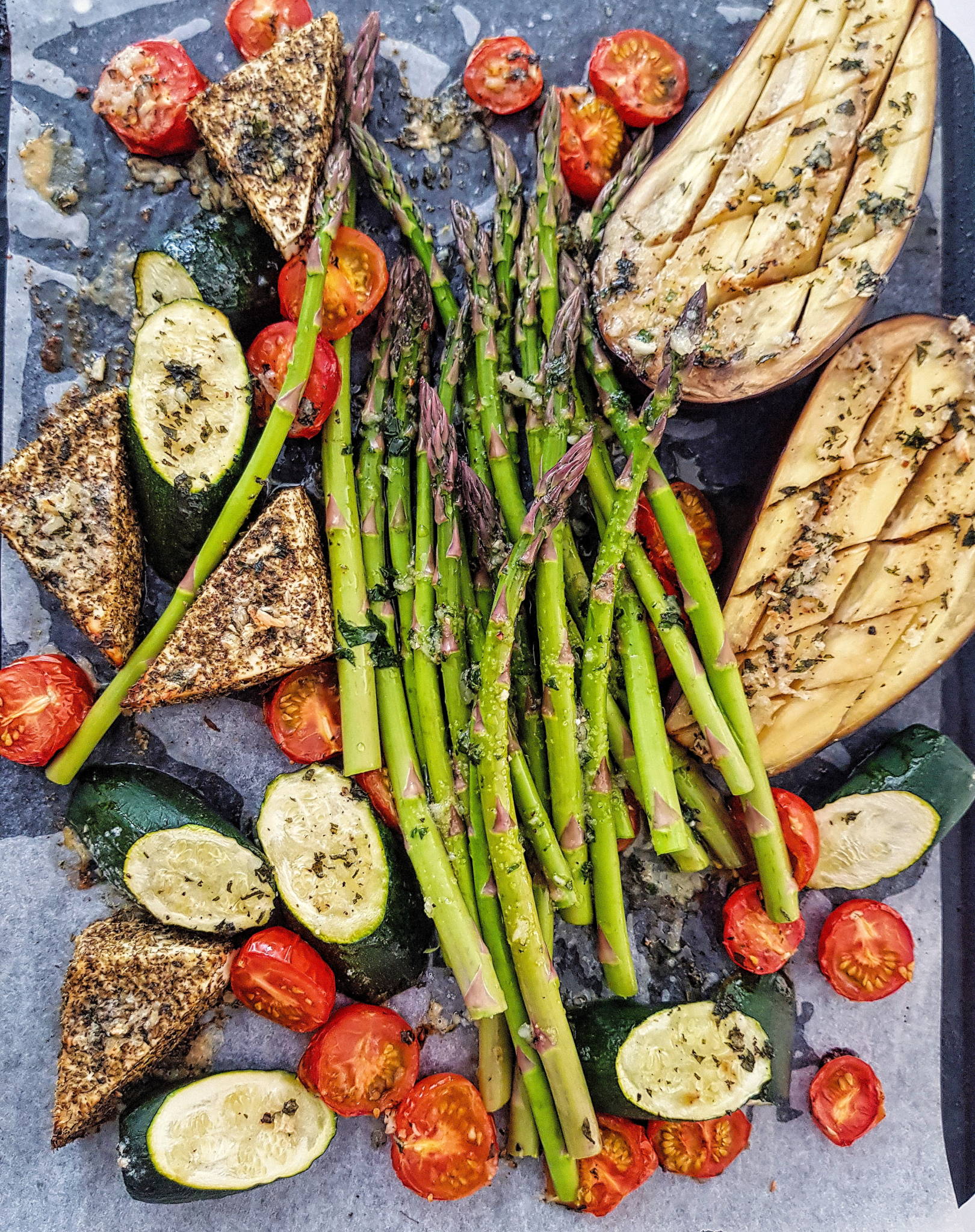 …because it’s summer and we still need cheese!

Despite a few splotches of rain and cloud here and there the weather in Auckland has been mostly hot, and heavy and rich dishes that are invariably laden with carbs are not so appealing. Point in case, after our big family Christmas I had lots of mince pies, cakes, Panettone, and sticky date pudding left over but oddly enough, come Boxing Day, I couldn’t go there. I couldn’t even look at the stuff! Instead, I went for the tropical fruit and left-over garden veg. Very puzzling (for me!), though not surprising – it’s just that time of year.
And this dish sums it up perfectly. It’s obviously veggie-based and fresh (think fresh NZ garlic that leaves a tingle on your tongue and jewel pomegranate seeds that burst with juice), but still allows a generous portion of decadence; cheese, in the form of feta! It’s relatively low-fat and when rolled in oregano and baked alongside a tray of juicy seasonal vegetables, it’s deliciously summer in a bite.

1 Preheat oven to 180°C (350°F) – I use fan bake. Line a baking tray with baking (parchment) paper and arrange eggplant, zucchini and baby tomatoes in the baking tray.

2 Pat feta dry with paper towels and cut into triangular pieces. Put the oregano on a paper towel and roll each piece of feta in the herb so that all sides are covered. Place on the baking tray.

3 In a bowl mix the garlic, oil, mint, salt and pepper. Drizzle ¾ of the dressing over the vegetables and feta. Bake for 30 minutes.

4 Remove the tray from the oven and make room for the asparagus! Trim the asparagus and add to the tray. Drizzle over the remaining dressing and return  vegetables to the oven to bake for a further 25 minutes.

5 Once all the veggies are tender and crispy, remove from oven and scatter with pomegranate seeds if you have them. You’ll find there’s lots of flavoursome juice all over the show, so this really is best served with a decent chunk of sourdough or ciabatta alongside.

The Stars Are Shining!
Gather the clan for a feast to celebrate Matariki.
Chickpea & Yoghurt Dip
Here's an easy alternative to hummus. Use as a dip, dunk or spread.
Festive Recipes