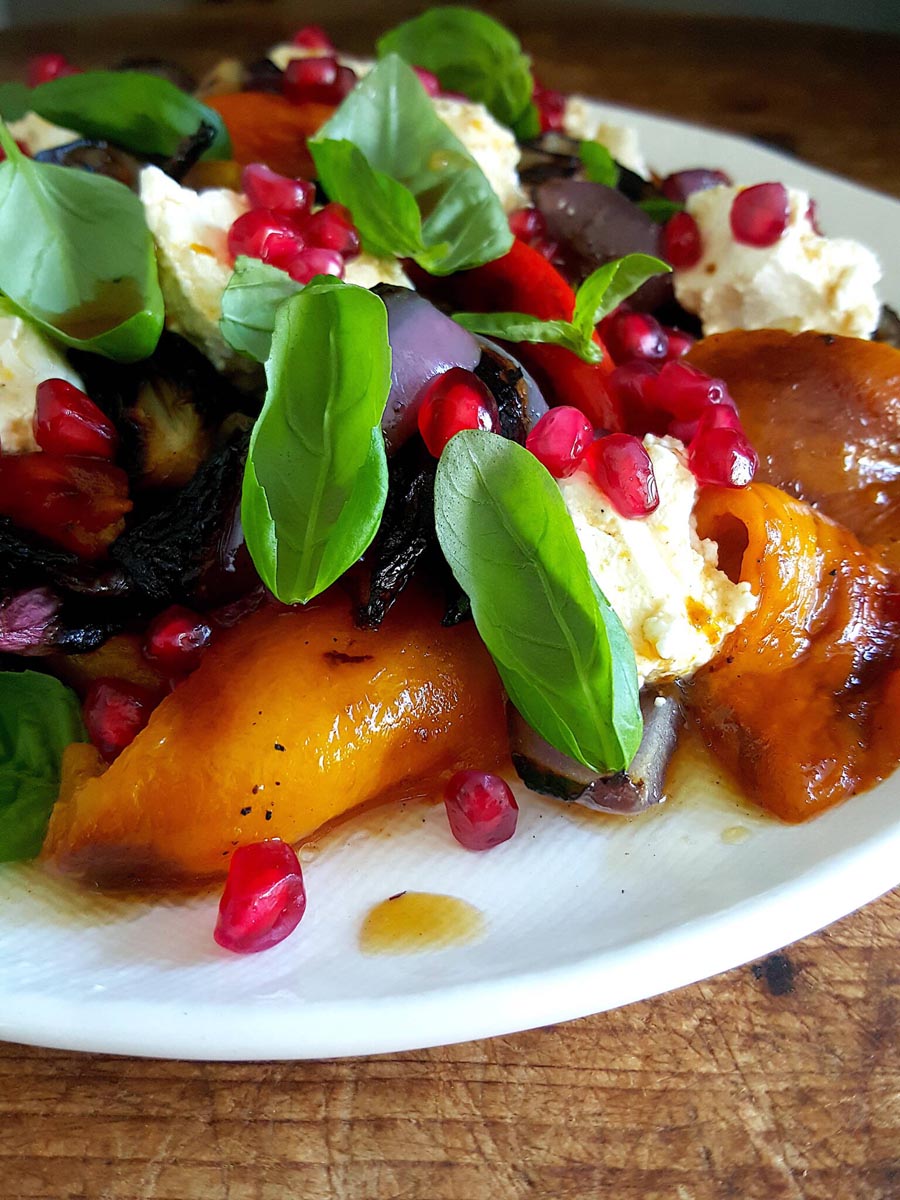 It looks like there’s a lot to do in this recipe, but it’s easy ¬– just hit the gas and get grilling.

1 Preheat barbecue grill. Slice the eggplant not too thinly (but not too thickly either!) and lay slices on a board to dry a little while preparing other ingredients. Peel onion, leaving the root intact. Cut in half through the root, then into fat wedges through the root (this helps hold the pieces of onion together).

2 Cook peppers on the grill, positioning large ones on the hottest part and mini ones around the side. If the barbecue has a lid, close the lid. Cook, turning often, until tender and charred all over. Transfer vegetables to a large bowl as they are done. Cover with a double thickness of paper towels, tucking them around the vegetables to keep in the steam.

3 As space becomes available on the grill, cook the eggplant. Pour ¼ cup of olive oil onto a plate and quickly dunk each slice of eggplant in the oil so that it is lightly covered in oil; let excess oil drip off before placing it on the barbecue grill. Cook, turning often, until charred and very tender. Cook the onion wedges until charred and softened. Transfer eggplant and onion to a plate when done and sprinkle with flaky sea salt. Grill peppers until charred and collapsing. 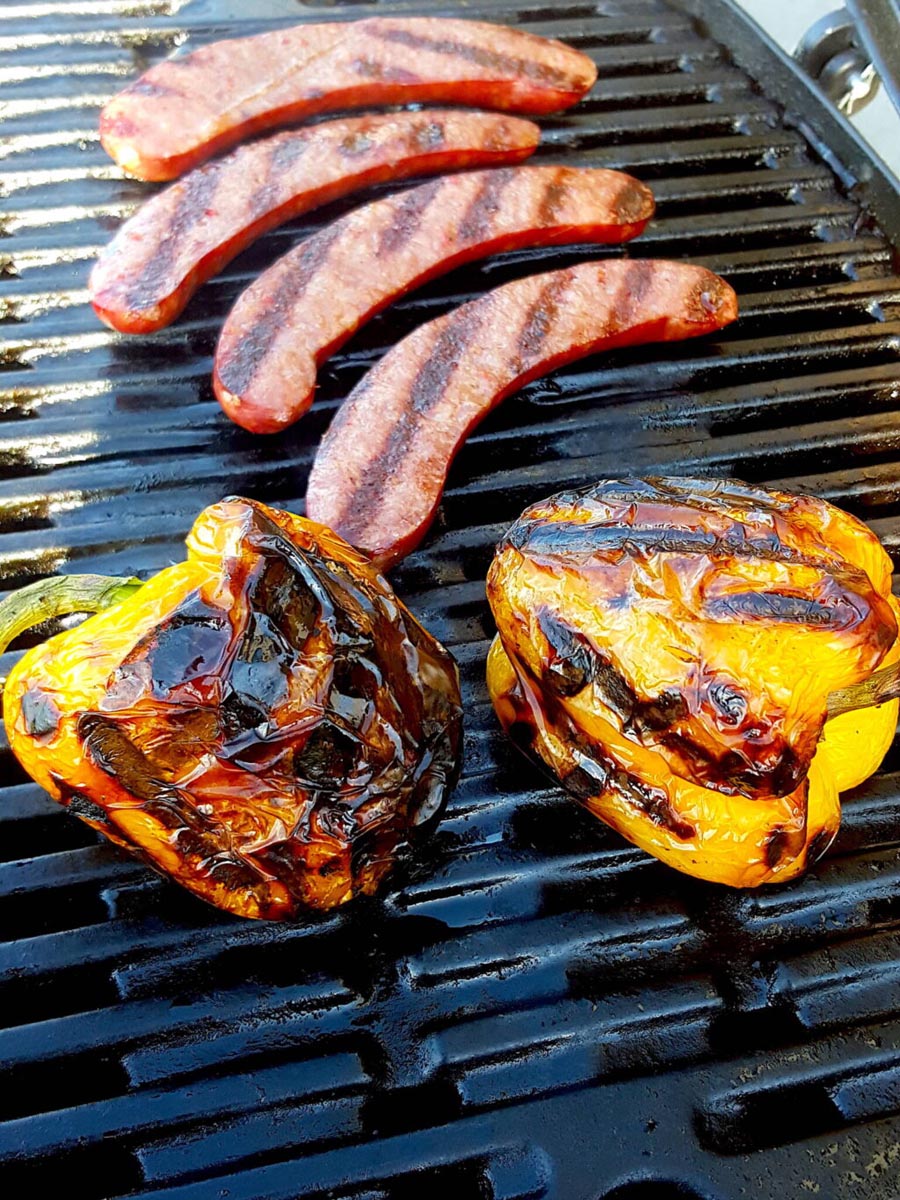 4 Once the peppers have cooled, remove all the blackened skin, carefully reserving any juices (it’s best to do this on a plate). Cut peppers open and remove cores and seeds. Transfer to a clean bowl as they are done, then strain over the juices from the plate and first bowl. The peppers can sit like this for a few hours at room temperature, or up to 2 days in the fridge; keep eggplant and peppers refrigerated, but separate. 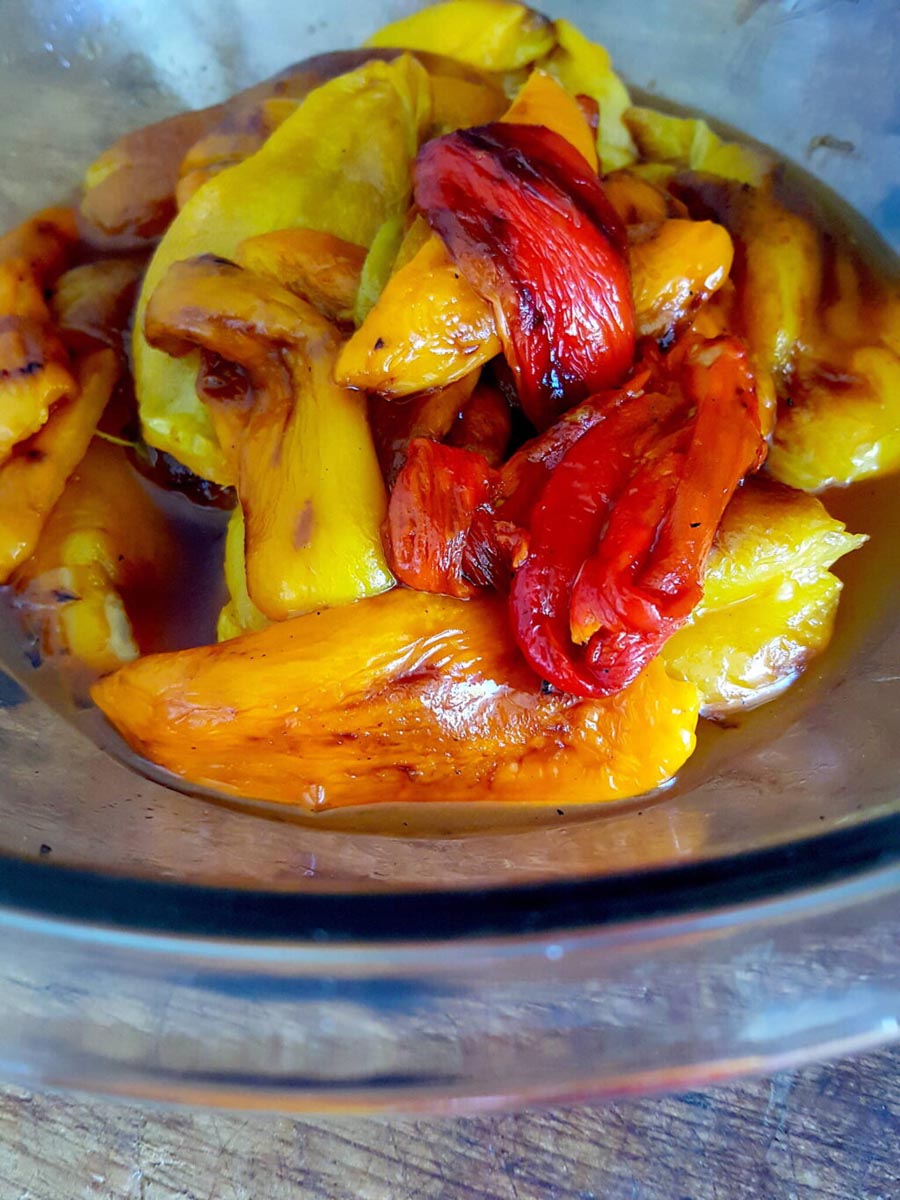 Keep peppers in a bowl to conserve all the juices. 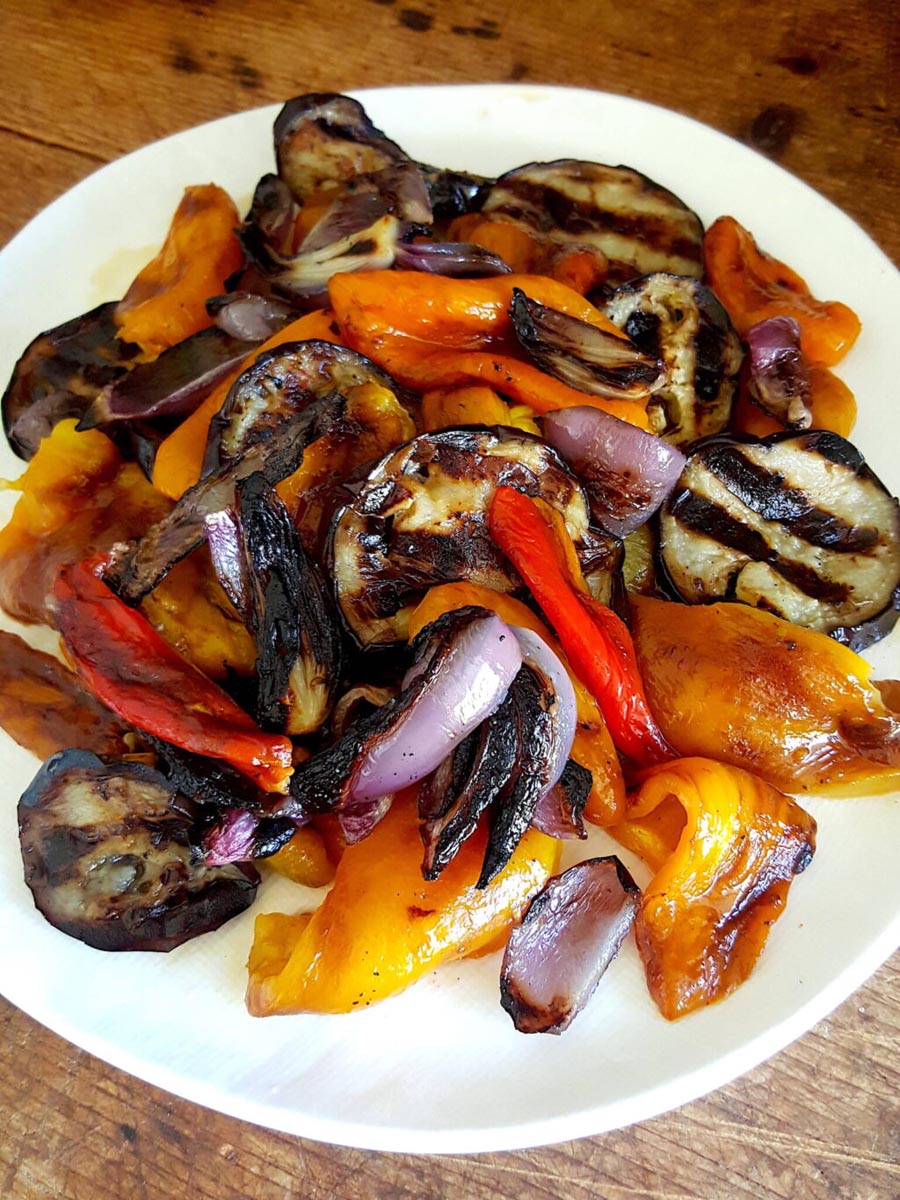 Jumble eggplant, red onion and peppers together on a plate.

Scroll down for more photographs.

5 When ready to assemble the dish, cut peppers into manageable pieces and arrange all vegetables on a platter. Sprinkle lightly with sea salt. Add dollops of buffalo cheese. Drizzle with a little pomegranate syrup and all the gorgeous sweet caramelised pepper juices that have accumulated in the bowl. Scatter with basil, and pomegranate seeds if you have them, then serve.

Drying off the eggplant after slicing will stop them absorbing so much oil. But you know with eggplant … if they are not oiled sufficiently they will be dry and rubbery, so you have to coat them with oil, but aim to make as light a coating as you can.

When grilling the peppers, don’t worry if the skin splits but try to avoid piercing the pepper flesh because you want to keep all the juices that are inside the peppers.

If using chillies, char them along with the peppers, positioning them across the grill bars so they don’t fall through the grill. Peel, cut in half and remove seeds, then mash and mix with the pepper juices before spooning over vegetables.

Covering the peppers with paper towels after grilling will lock in steam and this will make it much easier to remove the charred peel. Keep the peppers in a bowl to ensure juices are contained.

If using chorizo, cut each sausage in half lengthways and cook on both sides until golden. Slice before serving. 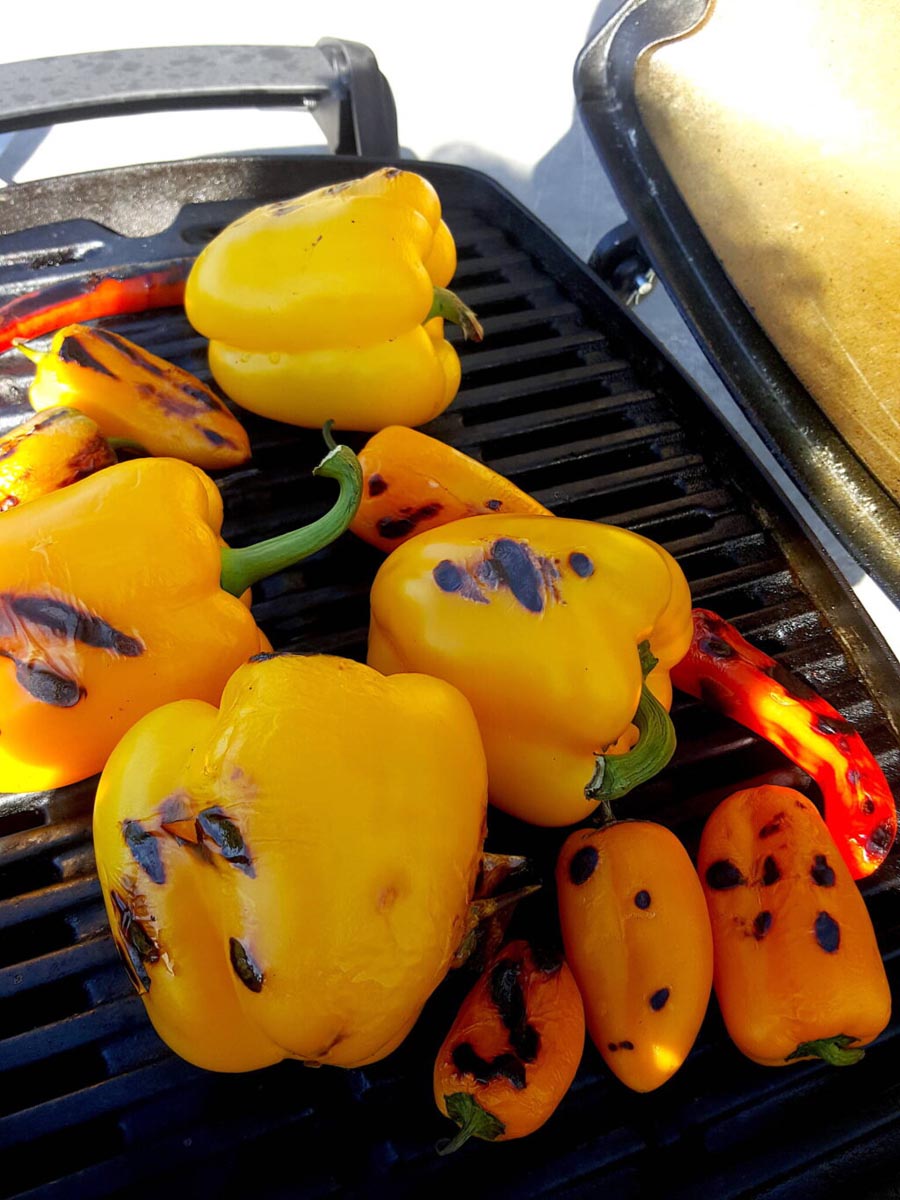 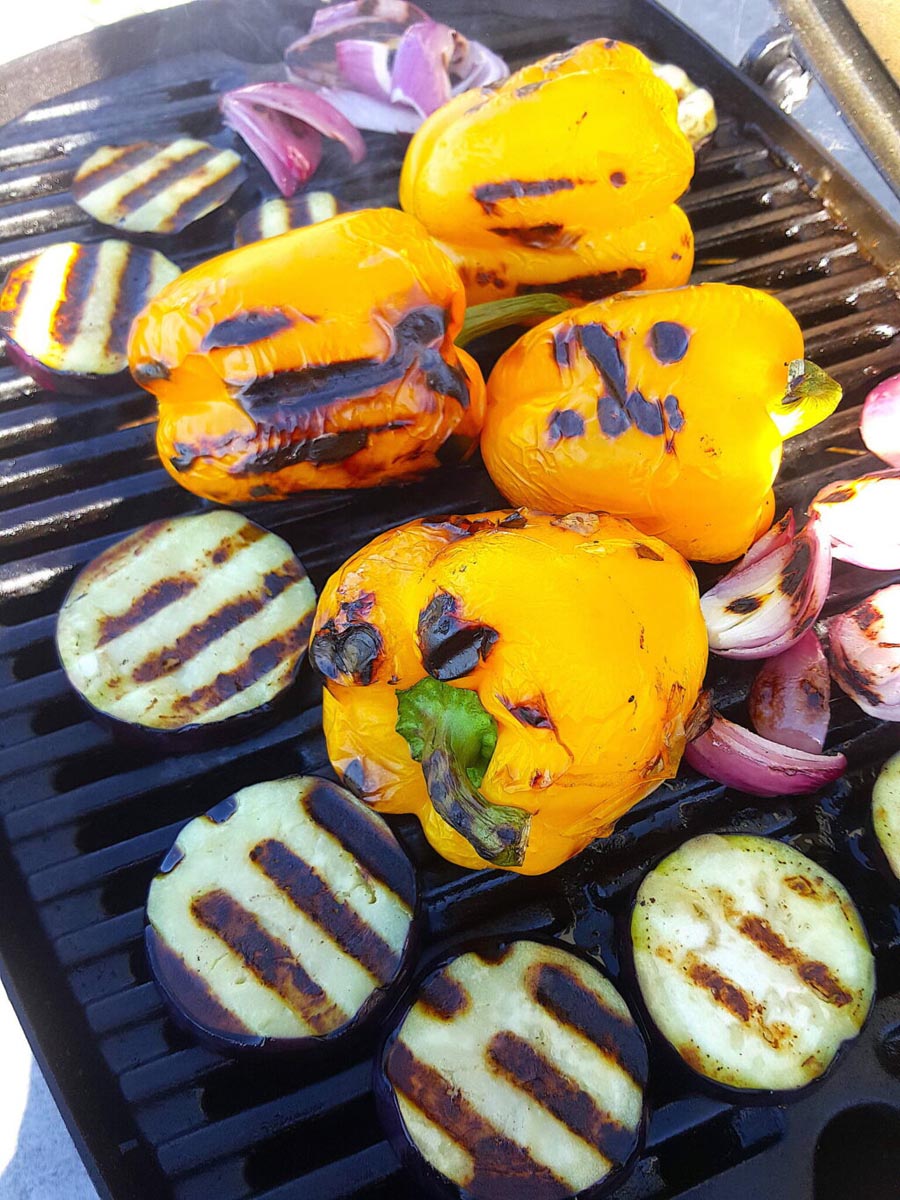 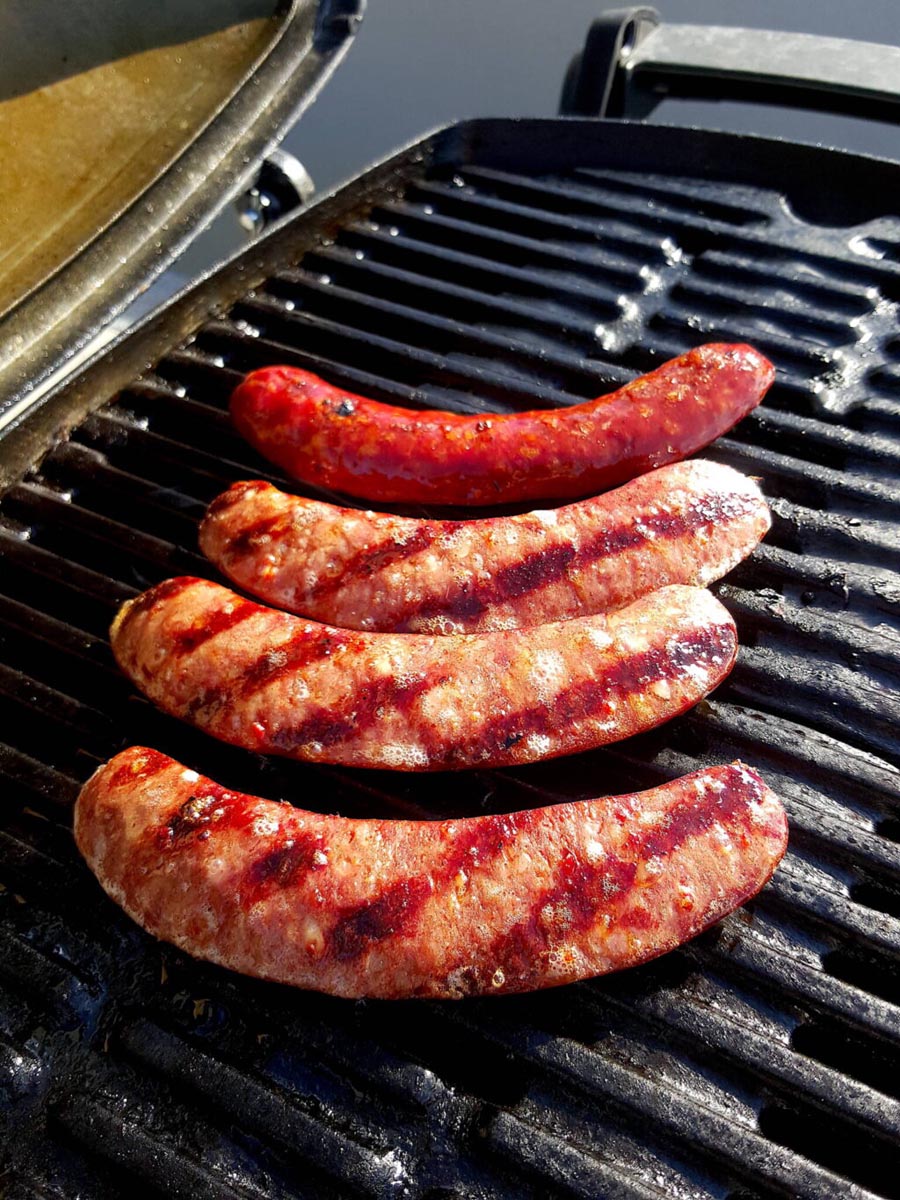 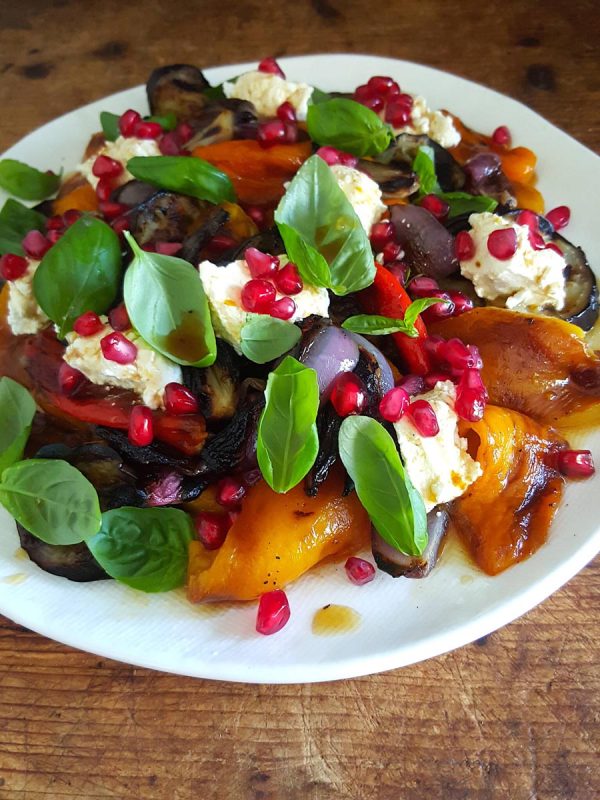 How to char-grill eggplant
Read more
Summer Bean & Eggplant Salad
Don’t you hate a naked bean salad? I mean, if you wanted to eat undressed beans, you could just eat them straight out of the can. Come on! Dress it up. Make it tasty. Read more