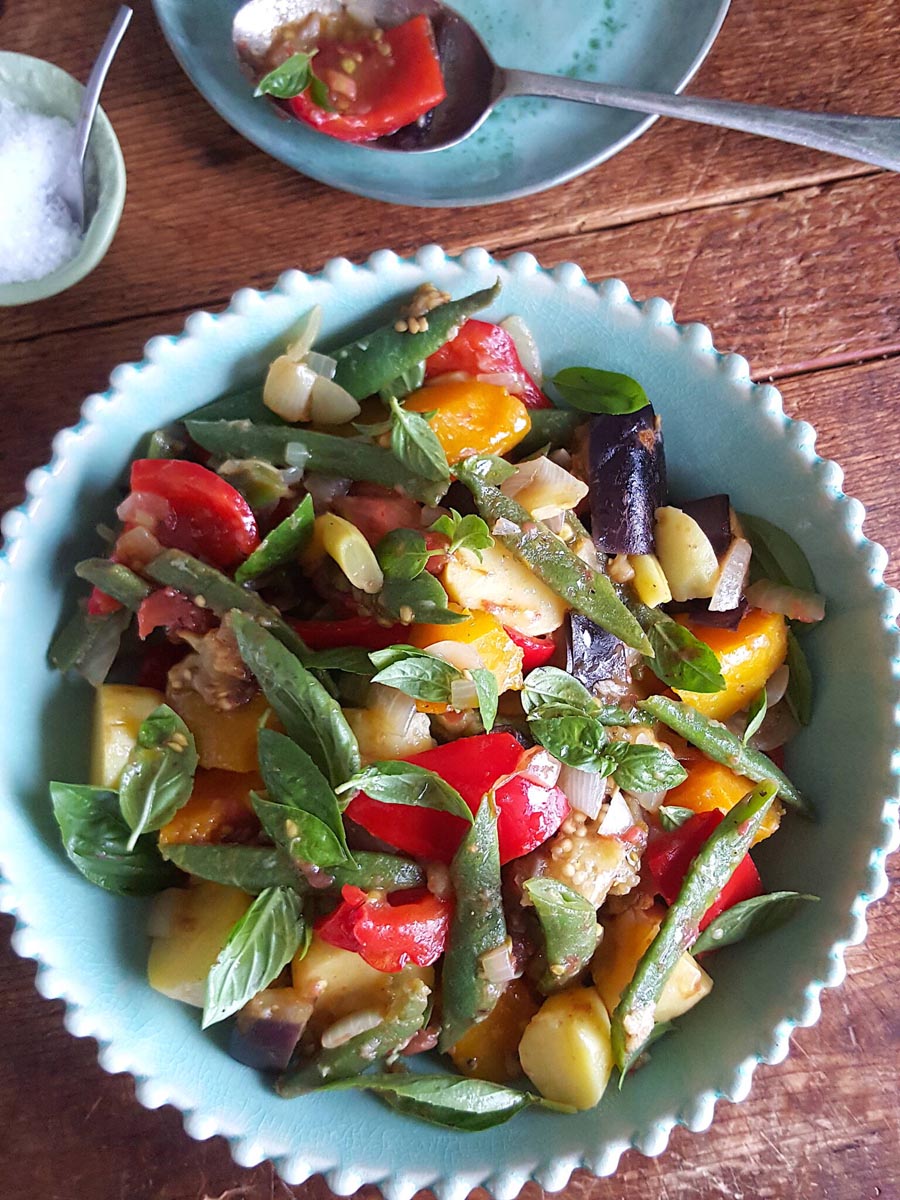 Ratatouille is usually cooked to an almost soupy consistency, but keeping the vegetables in chunks, and cooking them lightly, like a deconstructed ratatouille, adds so much more definition and character to the dish, and a brighter, fresher appearance.

And I've added pumpkin to the ratatouille and kept watery zucchini / courgette out of it!

1 Steam potatoes and pumpkin separately, or boil in lightly salted water, until just tender. Drain. Cut cooled potatoes into cubes if large and remove peel if it is tough. Blanch beans in boiling salted water for 2 minutes. Drain and refresh with cold water.

2 Put onion and red pepper in a large frying pan (skillet) with half the olive oil and cook gently until tender and onion is translucent, about 10 minutes. Transfer to a bowl, scraping in all the bits from the bottom of the pan.

3 Add remaining olive oil to pan and let it get nice and hot over medium-high heat. Add eggplant, immediately cover with a lid, lower heat and cook for about 10 minutes, stirring once or twice, or until tender.

4 Add garlic, cook for 1 minute, then return onion and pepper to pan and add potatoes and beans. Toss gently and add tomatoes. Season with ¾ of a teaspoon of salt and black pepper to taste and cook gently for 5 minutes. Stir through pumpkin and heat through until hot. Scatter basil over top and serve. 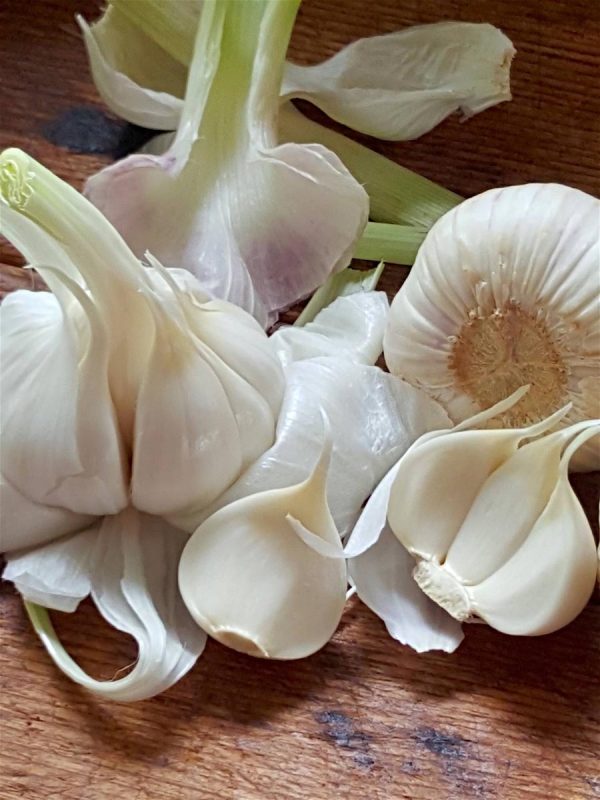 In the photo I used tomatoes from my garden which just happened to be a large variety with a black-red skin. If you have leftover steamed potatoes, use them in the mix.

It’s important that each vegetable is salted as you go. 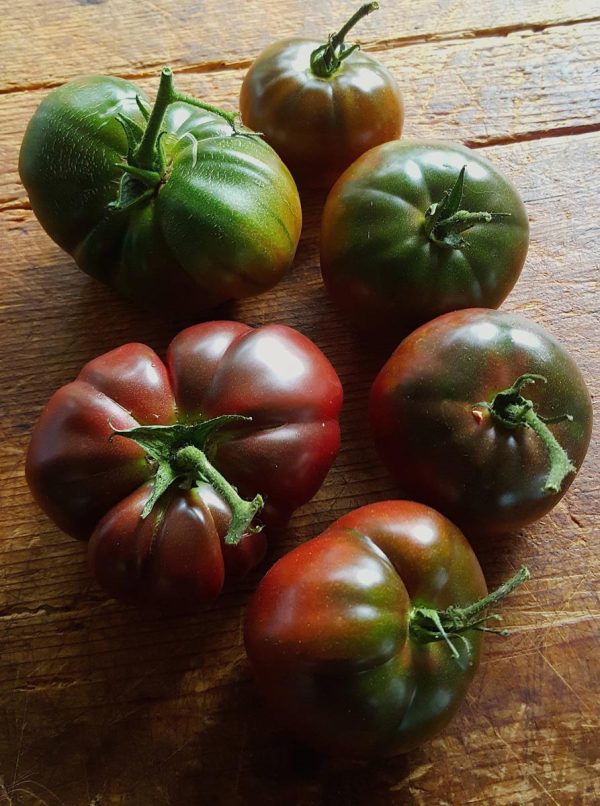 Spiced Chicken Drums
Cardamom, lime leaves, ginger, coriander seeds ... these smell so amazing as they cook, you'll be clambering to get your hands on one the minute they're cool.
Read more
Black Bean Tacos with Orange & Avocado Crema
Pale and creamy, perfect for dolloping, dipping or squiggling!
Read more
Nectarines Baked with Chocolate Amaretti Topping
Got a bunch of too-firm nectarines, or fruit that makes your mouth pucker? Deal to them this way and you'll be back for seconds.
Read more