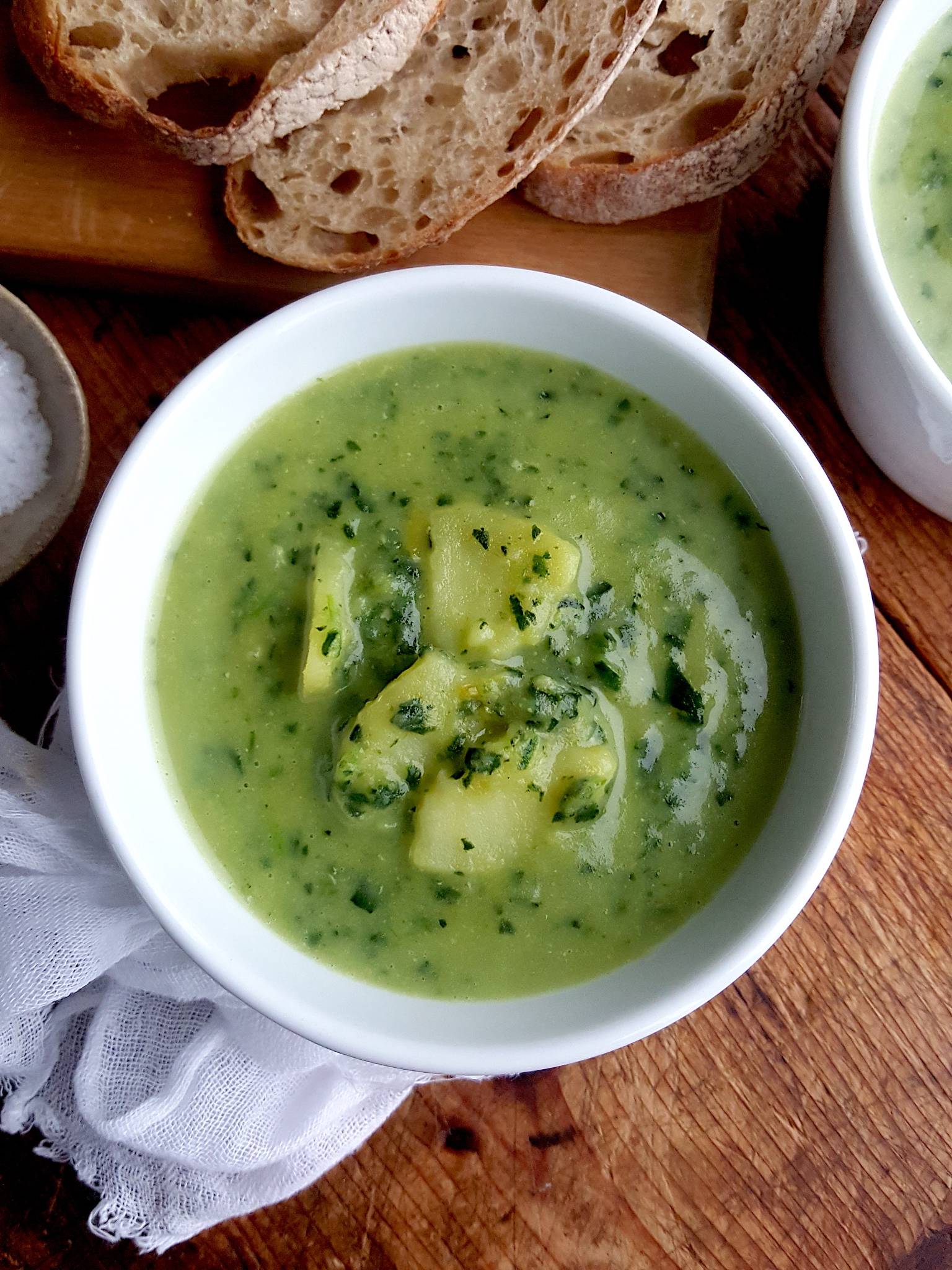 This is a good homely soup, full of flavour and goodness, but have a read through the recipe notes so you understand the process. Serve the soup with crusty bread or parmesan toasts

1 Use a large knife to cut off the tops of the leeks, then shave off any rough parts and remove any coarse leaves. Trim off the roots, and cut each leek in two lengthways, then rinse thoroughly under running water. Slice thinly.

2 Melt butter in a large saucepan over a gentle heat, then add the leeks. Toss the leeks in the butter for 2-3 minutes, season with nutmeg, then lay the potatoes on top. Don’t stir the potatoes through the leeks, because if they sit on the bottom of the pot they can catch. Cover the pan with a lid and cook on a very gentle heat for 20 minutes. 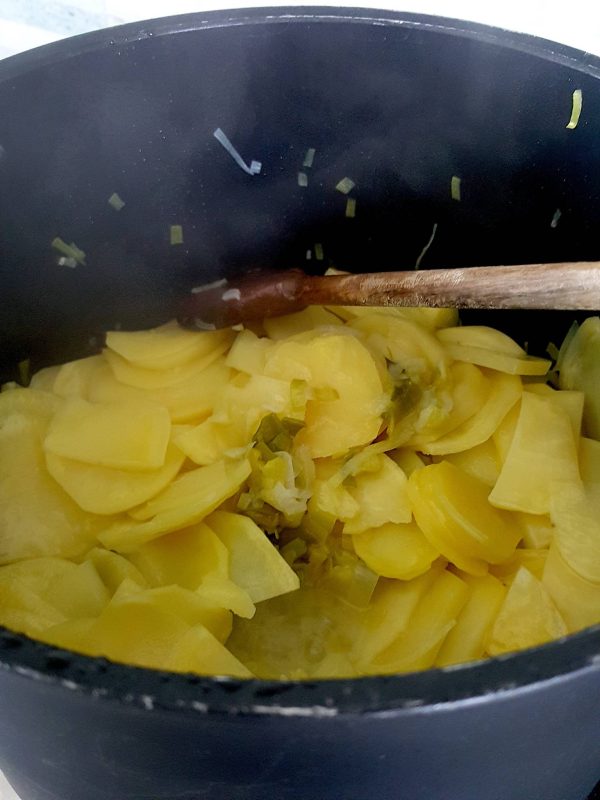 Lay potatoes on top and let them, soften in the steam from the leeks.

3 Stir through the salt, then add the water and hot milk. Bring it just to boiling point, stirring often, then reduce heat to low. Partially cover with a lid and cook very gently for 20 minutes.

4 Pureé three-quarters of the soup in a food processor or blender (you may have to do this in batches), or use a stick blender, then mix with the remaining soup. Purée the spinach with 1 cup of soup, then mix this into the pot of soup. Reheat gently, check seasoning, then serve.

5 To make the toasts, toast the bread on both sides. Cut off the crusts then split each slice in half through the middle. Cut toast into fingers and put them on a tray lined with baking paper. Top with parmesan and cook in oven until cheese just melts. Serve hot.

There is information about washing and cutting leeks here LEEKS

It might seem a bit pedantic to melt the butter before adding the leeks, and not to stir the potatoes through when you do add them, but there are reasons for this advice. Leeks can catch on the bottom of a dry pan, and if left, they will scorch and taste bitter. Coating the base of the pan with butter does a good job of preventing that happening. Slow softening draws out all the flavour from the leeks – if you hurry it, and scorch the leeks, the flavour will taste harsh on the throat.

Potatoes can also catch on the bottom of the pan and if left they burn. They are best left on top of the buttery leeks where they can soften in the steam.

I like to have a few small chunks of potato in the soup, so I set aside a cup or two of chunky soup to mix into the puréed soup along with the puréed spinach.

Spinach Galettes
Sizzling and bubbling ... utterly impossible to resist.
Read more
Mushroom, Leek & Potato Soup
Here's a big pot of goodness to serve to the troops.
Read more
Broccoli & Spinach Quiche
Get all your greens in a mouthful.
Read more