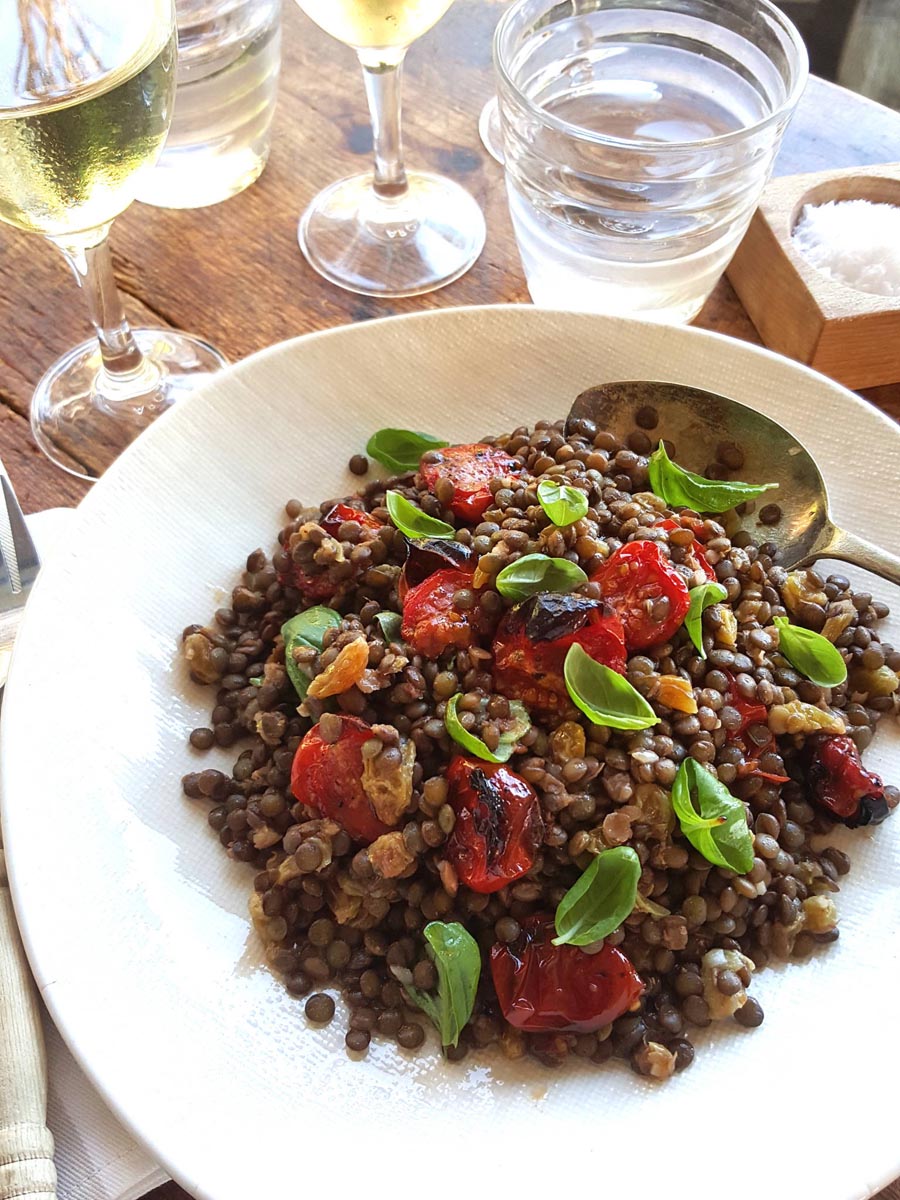 The juicy sweetness of golden raisins (or use sultanas: you can find them in the self-serve bins in supermarkets), with roasted tomatoes, sweet spices and a mustardy dressing, turns this into an exceptional dish. Serve with roasted chicken or lamb cutlets, or with other vegetables dishes.

2 Put tomatoes in a shallow ovenproof dish lined with baking (parchment) paper. Season with a little salt and pepper and sprinkle with a fine dusting of caster (superfine granulated) sugar. Drizzle each tomato half with a few dots of oil. Bake for about 15 minutes, until lightly charred.

3 Put lentils in a smallish saucepan with water. Bring to the boil. Lower heat, partially cover pan with a lid and cook gently for about 20 minutes until nearly tender but still retaining some bite. Drain, rinse and drain again. Tip lentils onto paper towels and pat to remove excess water.