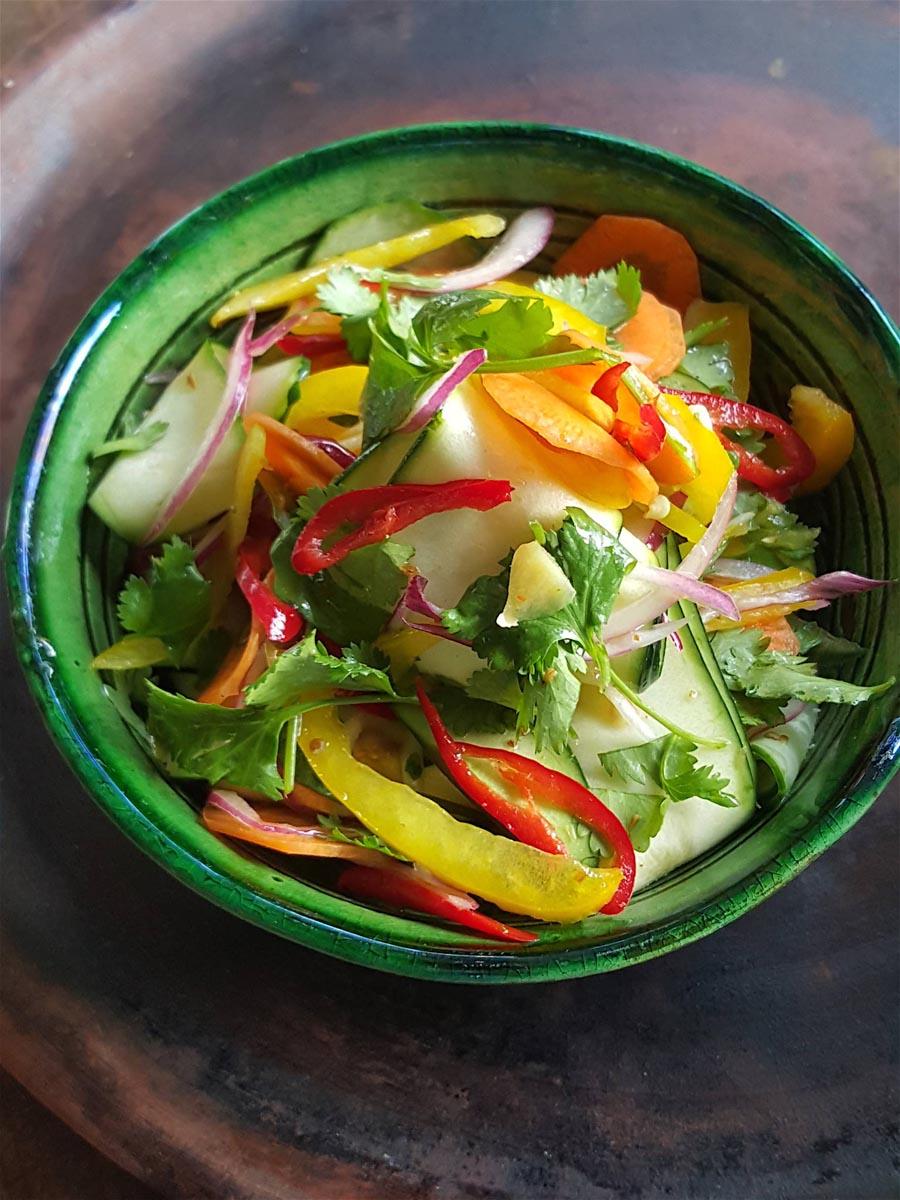 Steeping vegetables in the pickling mixture will soften them a little making them easier to eat and digest, and giving them a more mellow flavour, but I also like this crunchy and sharp tasting and have been known to eat it as soon as it is mixed.

1 Put oil and garlic in a small pan and cook gently until garlic is a pale golden colour. Quickly stir in ginger and spices and cook 1 minute more. Turn off heat and add sugar and vinegar. Stir until sugar dissolves then tip mixture into a bowl and add prepared vegetables.

2 Steep at room temperature for 2 hours, then refrigerate for up to 6 hours. Add chopped coriander before serving. 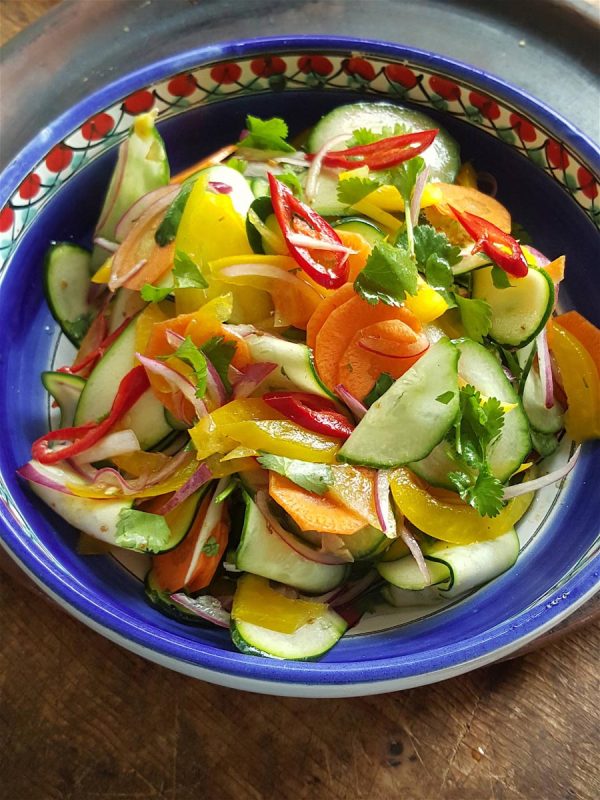