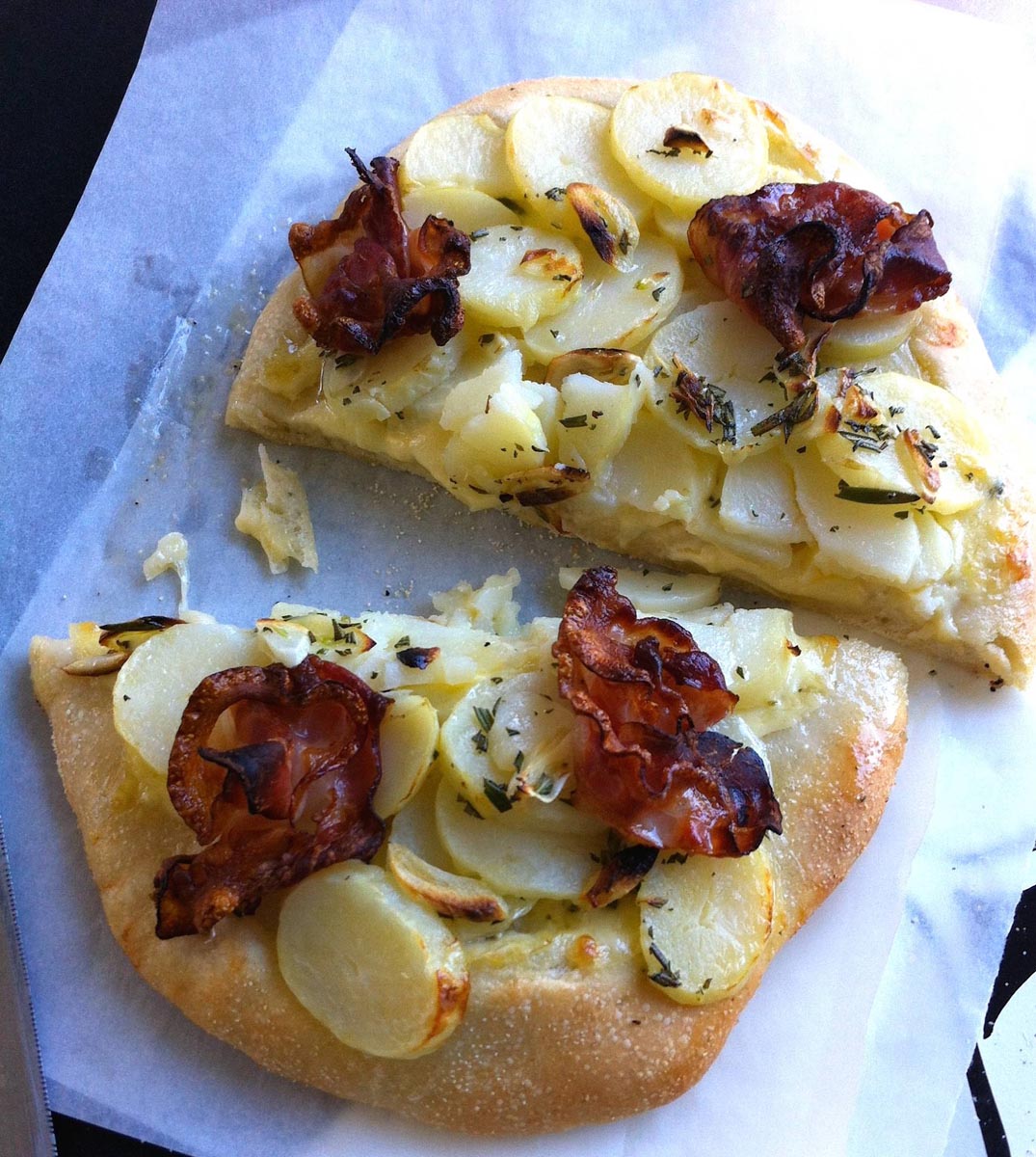 2 Steam potatoes in their skins (or boil gently). Peel when cool enough to handle and slice thinly.

3 Prepare dough by dividing in four and rolling and shaping into four rough rounds on baking trays lined with baking paper and sprinkled with semolina. Sprinkle two of the pizza rounds with semolina and loosely drape with plastic food wrap while preparing the other two.

4 Arrange half the sliced mozzarella on two of the pizzas, keeping it in from the edge, then arrange half the potatoes on top. Melt the butter in a small pan, add garlic and rosemary once it is sizzling, cook for 1 minute, then spoon half of it over the two pizzas. Sprinkle potatoes with sea salt and grind over white or black pepper to taste. Garnish pizzas with a few curls of pancetta.

5 Use a pizza paddle to move one pizza at a time off the tray and onto the pizza stone. If the pizzas stick, simply transfer them still on the paper to the hot stone. Bake for 8-10 minutes, until golden. If the pancetta browns too quickly, remove to a plate with tongs and add to finished pizzas. Finish remaining pizzas as described.

A plastic dough scraper makes easy work of cutting pizza dough into pieces and a wooden pizza paddle makes transferring pizzas into and out of the oven an easy matter. To stop dough sticking, get hold of a bag of fine semolina. You’ll get the best result baking pizzas on a preheated pizza stone, but failing that, a preheated baking tray set in the bottom third of the oven will suffice, just allow a little extra cooking time.

Grilled Pizza
These pizzas are sooooo good.
Read more
Eating in the ‘Ham
If like us chicken is your go-to, why not mix it up a little? Bring on the prawns, broccoli crumbs and feta!
Read more
Pizza midweek – save money, not spend it
Like overpriced sad and bland scones, bad expensive pizza is a crime.
Read more