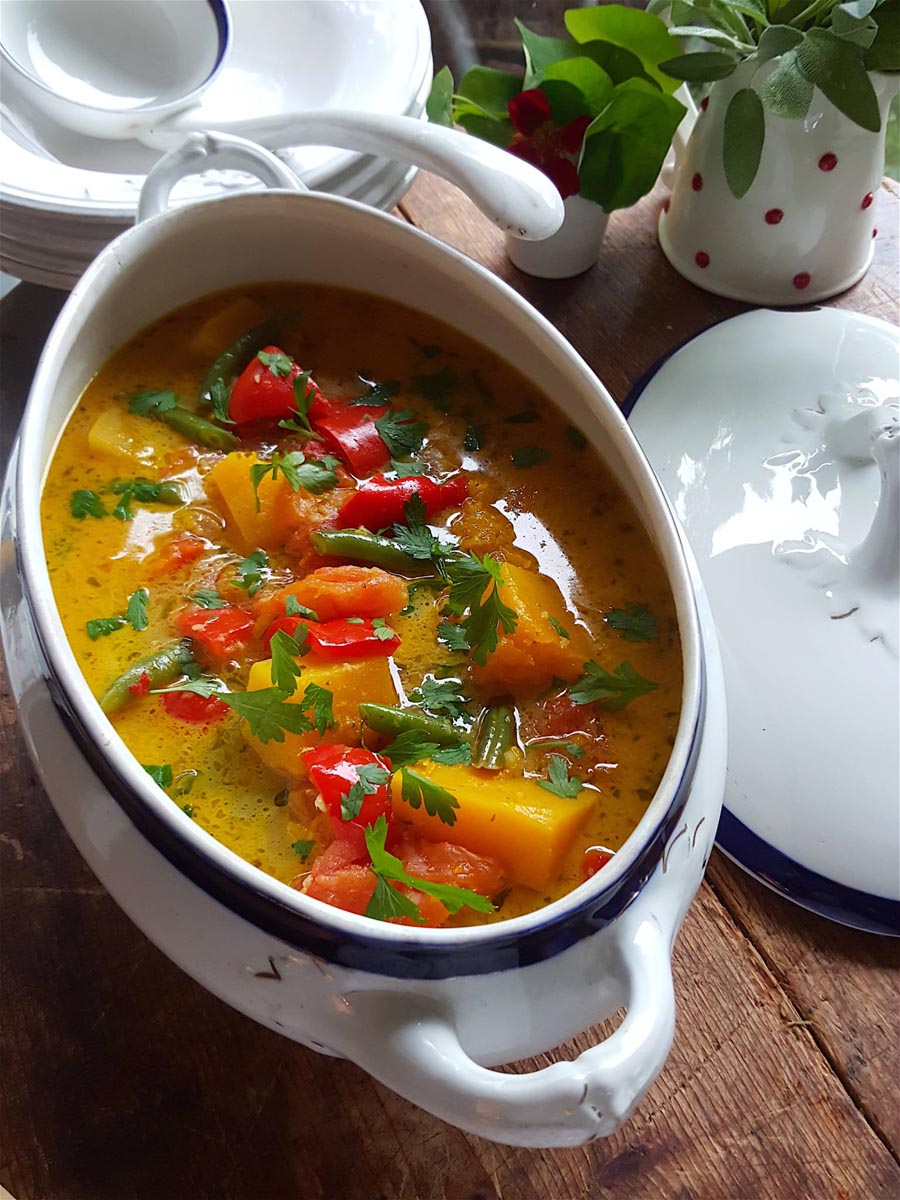 Something warming for a nippy evening.

2 Snip out ‘spines’ of kaffir lime leaves. Chop leaves roughly and put them in a spice (coffee) blender or mini food processor bowl. Add onion, ginger, garlic and chilli. Blitz to a lumpy paste. Failing a machine, chop everything very finely then crush in a mortar and pestle.

3 Heat oil in a large saucepan over gentle heat. Add the paste and fry off for a few minutes. Add turmeric, coriander seeds and cumin and cook for 1 minute.

4 Add pumpkin, red pepper and tomatoes. Stir in coconut milk, water and salt. Bring to a gentle bubble, lower the heat, cover with a lid and cook gently for 10 minutes. Add beans. Cook gently for about 15 minutes, until pumpkin is tender. Taste, adjust salt, then stir in lime juice. Serve with rice. 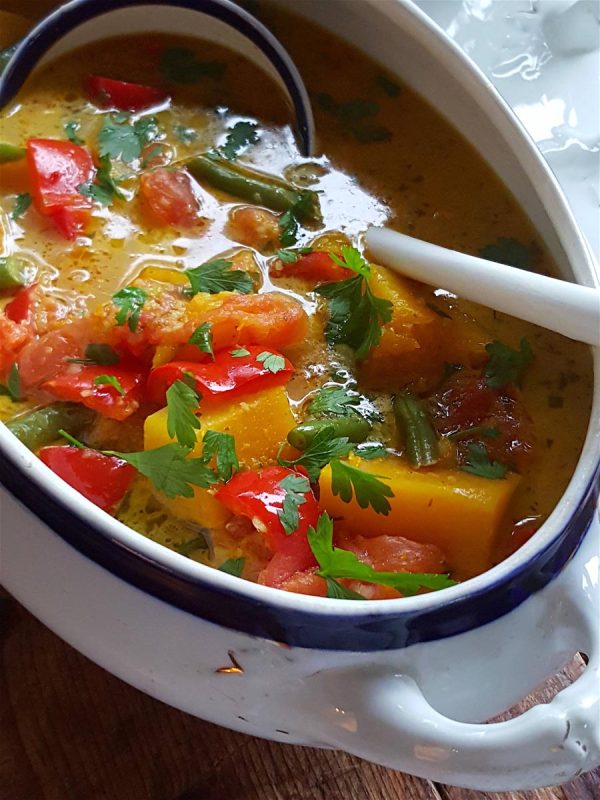