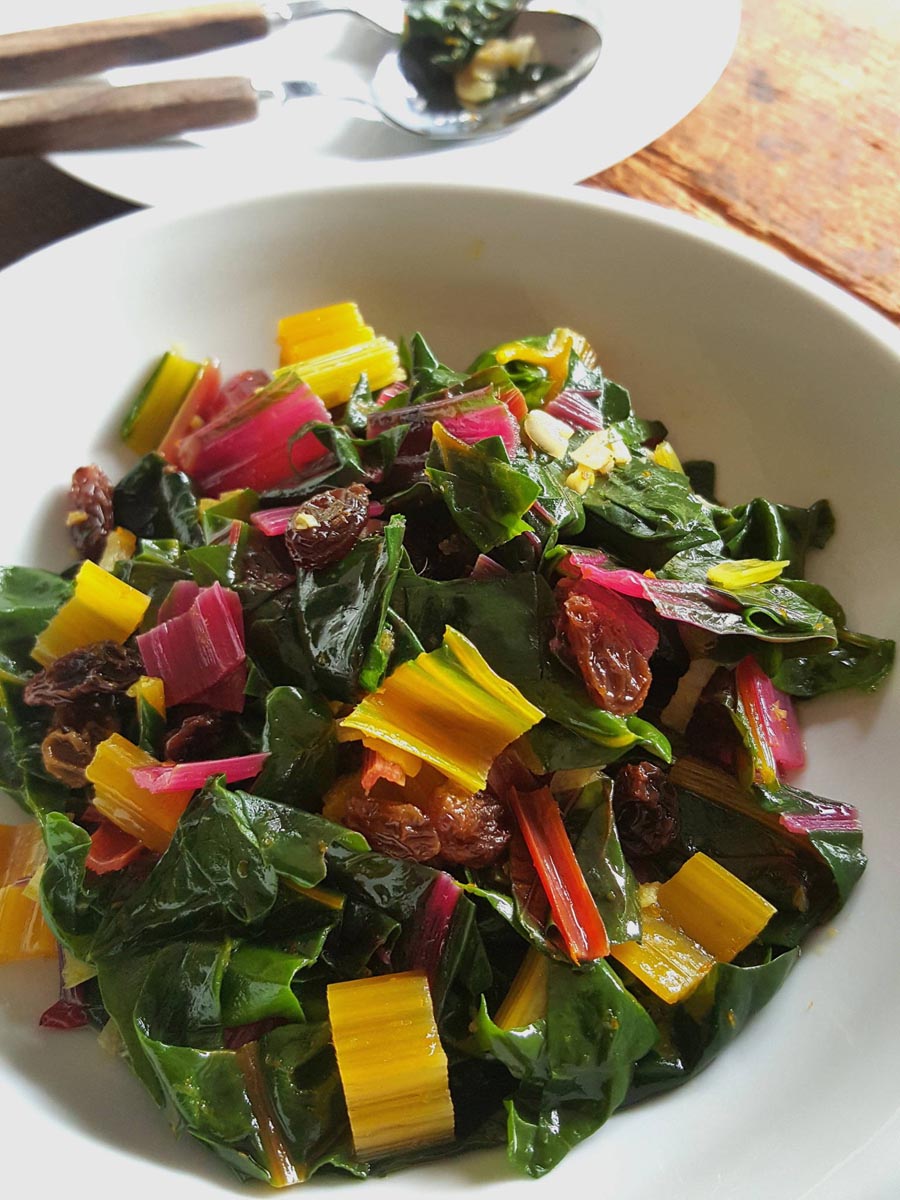 This makes a colourful accompaniment to meat dishes and is really handy when you want something a little juicy and with a wee bite of heat.

Yes, yes, of course you can use your backyard homegrown silver beet – the trick is not to overcook it!

1 Put raisins in a bowl and cover with boiling water. Soak for 15 minutes, then drain.

2 Plunge chopped rainbow chard into a saucepan of salted boiling water and cook without a lid for about 5 minutes, until the chard loses most of its bulk and softens enough to chew easily (test if unsure; don’t overcook it). Drain, let the cold tap run over it briefly, then drain again. 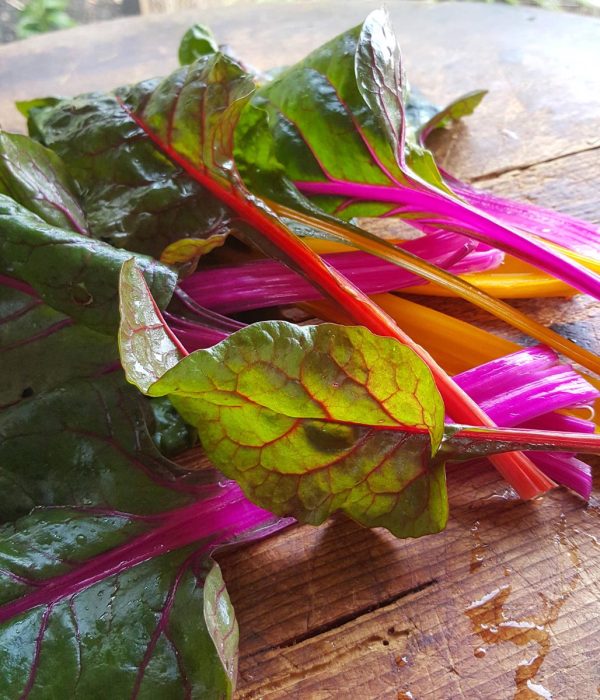 3 Put lemon-infused oil, garlic, chilli and lemon zest in the pan and cook for a few minutes until the garlic softens. Add drained raisins, then the chard, and give it a good whoosh around until it is evenly coated with the seasoned oil. Season with salt, stir again, and as soon as it is nice and hot, transfer to a heated serving dish. Serve immediately.

Rainbow Chard & Eggs – easy supper
Cute as a button, for times when you are dining solo, or enjoying supper for two.
Read more
Baked Ricotta with White Peaches & Watermelon
Summer on a plate!
Read more
The reds have it
There are plenty of reasons to eat this leafy vegetable.
Read more