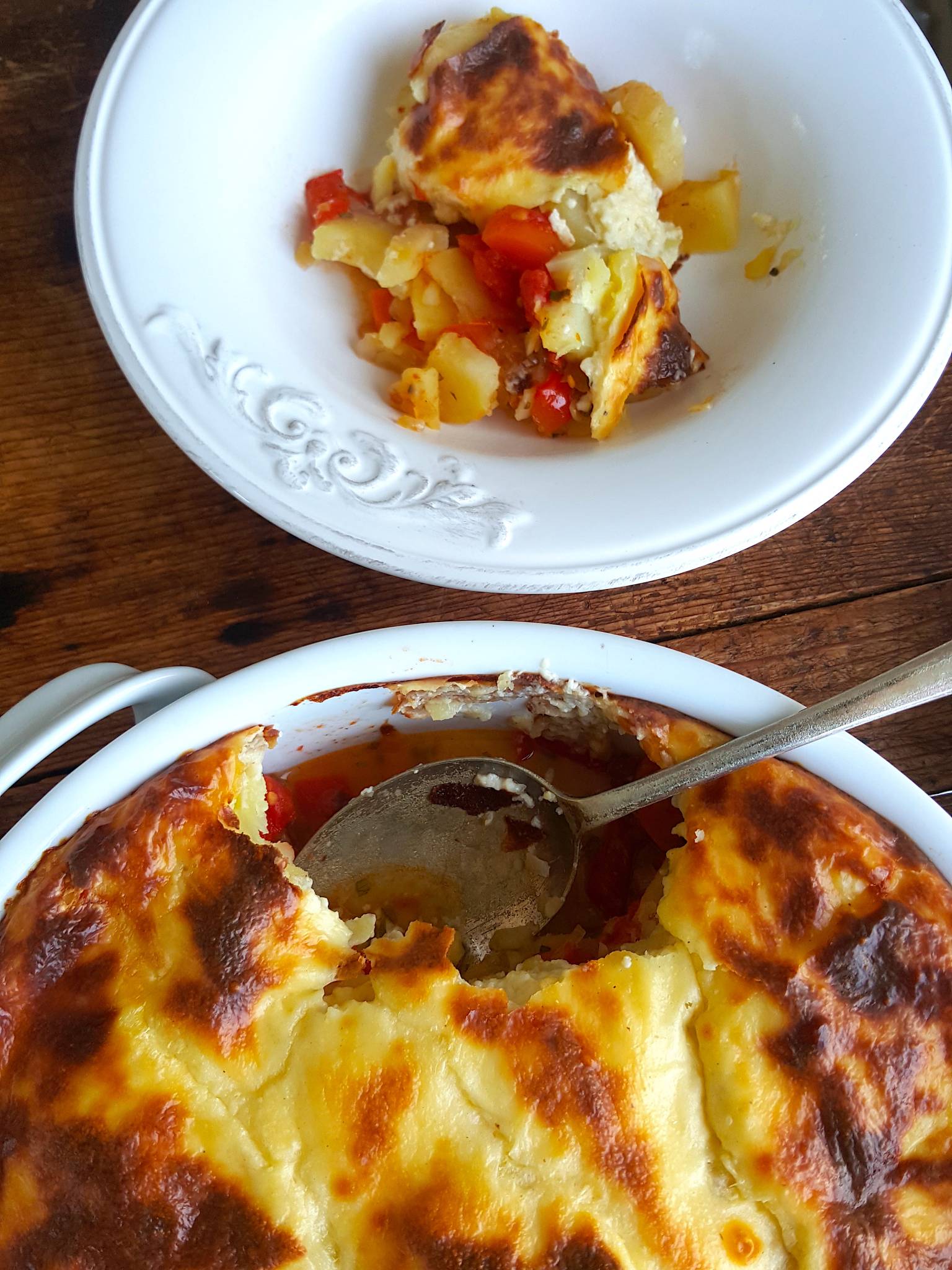 The dish is good with slow-cooked beef or lamb, lamb chops, sausages (buy the best you can afford, always), or to keep it an ‘all vegetable’ meal, something like green beans tossed with chopped black olives and a tangy, garlicky wintery salad with broccoli, pumpkin and feta. And it’s great as a ‘pot-luck’ dish.

The most expensive parts of this dish are the red pepper and cheese, so look for them when on special. You’ll then be able to create an inexpensive, satisfying, nurturing family dish that’ll keep the wolf from the door!

1 For the cheese sauce, gently melt butter in a small saucepan, remove pan from heat and stir in flour, then, using a small whisk, blend in one-third of the milk. Slowly blend in the rest of the milk. Set pan over medium heat and whisk until bubbling. Cook for 1 minute, stirring, then remove pan from heat and whisk in half a teaspoon of salt, a good grating of nutmeg, white or black pepper to taste and grated cheddar. Cover sauce with a lid and leave to cool.

3 Heat the oil in a large frying pan (skillet) over medium heat. Add onion and red pepper and cook gently until tender and just starting to colour. Lower the heat once cooking momentum kicks in, and stir often. Add rosemary and season with salt and pepper.

4 Preheat oven to 200C (400°F). Transfer a third of the red pepper mixture to an ovenproof dish with a 2-litre (3-4 pint) capacity (23cm / 9” in diameter and 6cm / 2-3” deep), or similar. Put a layer of potatoes on top and season with a little salt. Chop carrots and parsnips and mix with remaining red pepper and onion. Spoon the mixture on top of the potatoes, scraping in all the oil. Spoon tomatoes on top then finish with a layer the remaining potatoes.

5 Beat egg into sauce and spoon on top of potatoes, making sure everything is covered. Bake for 30-40 minutes, or until puffed and golden. Serve hot or ‘hottish’.

If preferred, the root vegetables can be scrubbed instead of peeled. If you don’t like parsnips, leave them out and add extra carrots. This can be a good home for leftover steamed or roasted vegetables.

Freeze leftover canned tomatoes to use in sauce.

White pepper rather than black is traditionally used in white sauces. If you have it, use it, but it’s not worth a trip to the shops if you don’t.

Include a little leftover chopped sausage or bacon to make it into a ‘one-dish’ meal, or sliced chorizo, and serve with a green vegetable (broccoli would be perfect).

You could also include frozen baby peas or corn, cooked and drained.

The dish is good with slow-cooked beef or lamb, lamb chops, sausages (buy the best you can afford, always), or to keep it an ‘all vegetable’ meal, something like green beans tossed with chopped black olives and a tangy, garlicky wintery salad with broccoli, pumpkin and feta. 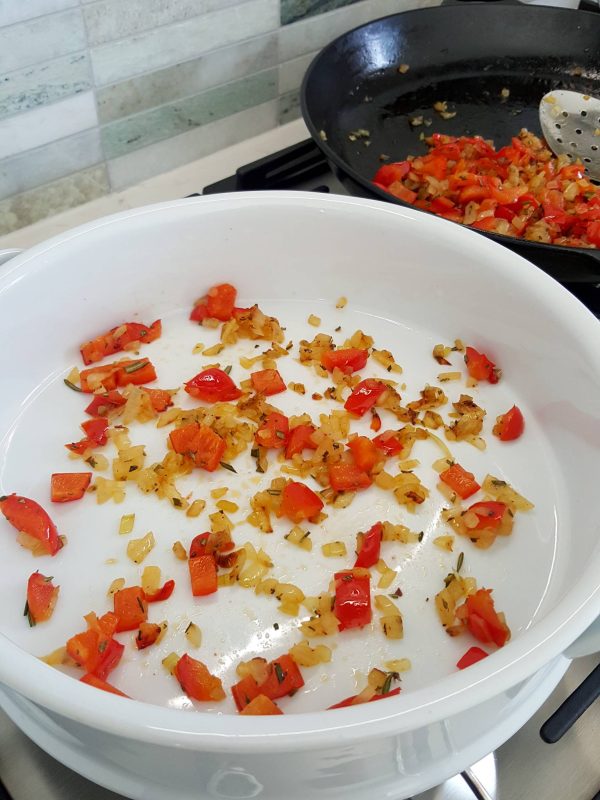 Put one third of the red pepper and onion in a casserole. 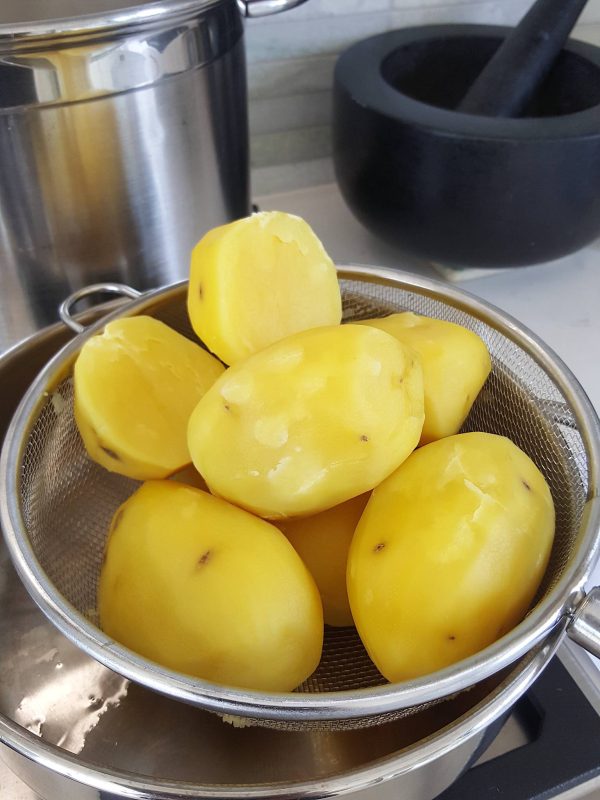 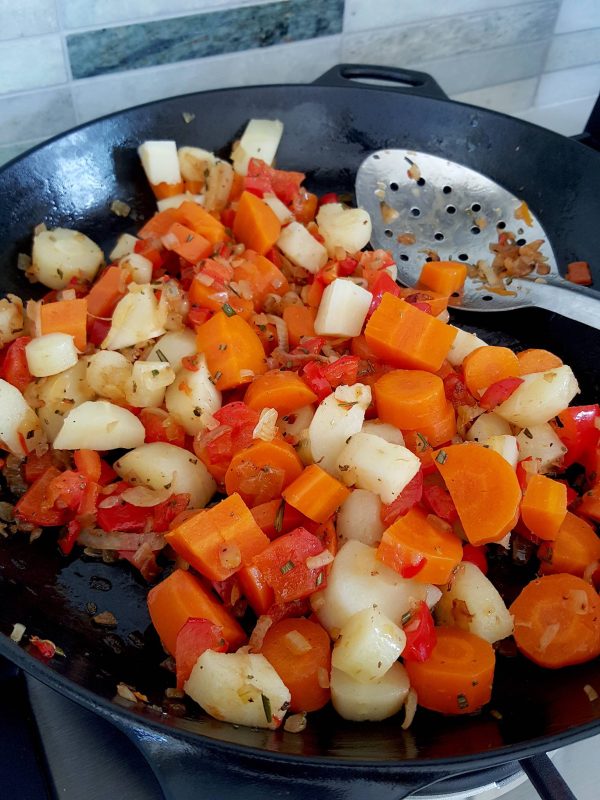 Mix carrots and parsnips with red pepper and onion in the pan. 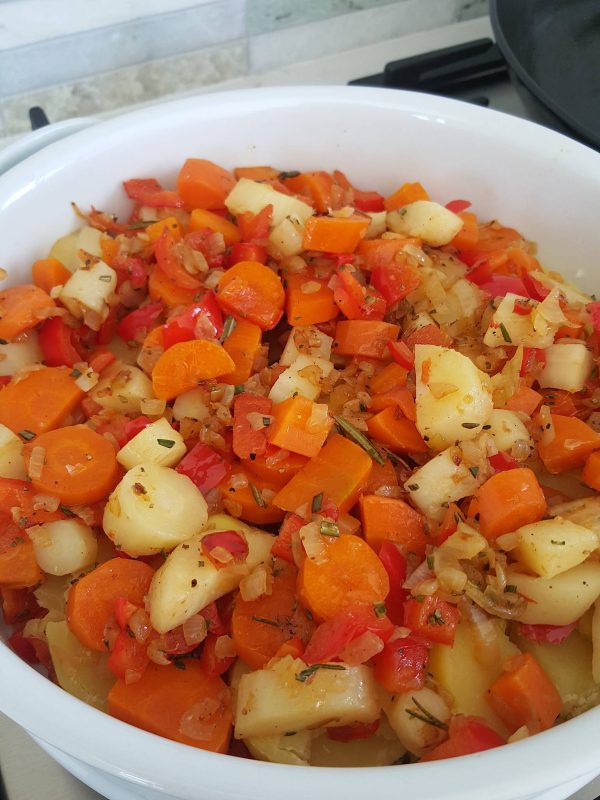 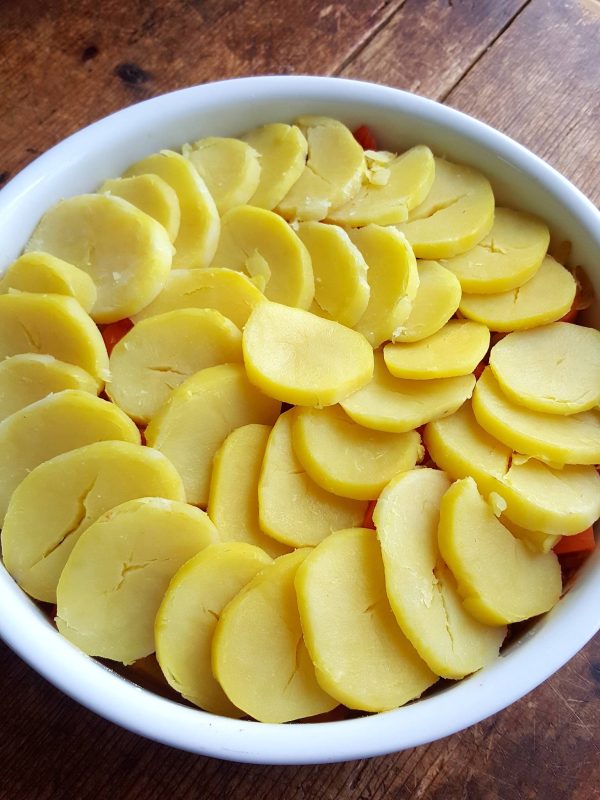 Add a final layer of potatoes. They don’t have to be as nicely arranged as these! 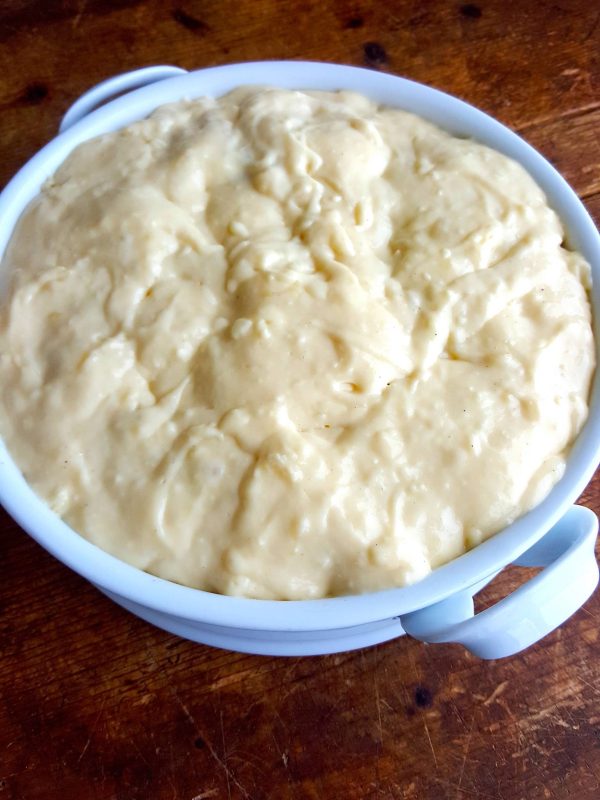 Pineapple – Easy to prepare when you know how
Removing the eyes (little pesky bits) from a pineapple, and the core, ensures a tender mouthful of juiciness with every slice.
The remarkable date
Dates are seriously good for you. True!
Baby Potatoes with Horseradish Cream Sauce
Creamy potatoes with a bite from horseradish go with beef, salmon, other salads ...
Claudia’s North African Honeyed Eggplant
Sweet, hot and sharp, and straight out of Middle Eastern expert Claudia Roden’s kitchen.
What’s the buzz with quince?
Faking it. Yep, that's right. If your quince doesn't emit a head-turning perfume, just fake it.