I might just have to eat my hat. You know those silly things you say … well, back in the day I was never, I repeat NEVER going to add bicarbonate of soda to chickpeas or beans when I cooked them to speed up the cooking. I had picked up on the fact that bicarb, beloved of housewives in the 50s and 60s to keep green vegetables green during cooking – it gave them a brighter colour, and could, if applied with a heavy hand, turn vegetables spookily fluro – destroyed some B vitamins and vitamins C and D. Ignorance is bliss. I soldiered on for years cooking chickpeas for 1-1½ hours to get them tender, sometimes never getting there (there was a period when chickpeas were heat treated and would not become tender no matter how long you cooked them for) but I never really made a decent hummus, well, not the sort I hankered after anyway – hummus that I’d eaten in Middle Eastern cafés in London, creamy, smooth and pale-coloured that with a mere nudge from a crust of bread, adhered like a velvety cream.

There’s plenty written on the merits of bicarbonate of soda as a natural remedy for common maladies and as a tooth-wash, gargle and general household cleaner, but probably its most well known role is as a component of baking powder. Baking powder is a mix of a mild acid, usually cream of tartar, and a mild alkali, usually bicarbonate of soda, that forms a chemical reaction when wetted. The effervescing is caused by carbon dioxide gas forming, which causes baking to rise. Its role in cooking pulses is more complex. Claims are made that bicarbonate of soda added to pulses during cooking helps reduce stomach gas. Other claims state this is only effective if the pulses are cooked very quickly in a pressure cooker. No one seems to dispute that bicarbonate of soda does speed up the cooking process by softening the pulses (by altering the pH level). When it comes to chickpeas, it cuts the cooking by at least half and they blend into a creamy hummus at the push of a button. Good. That’s what you are after. But it is blamed for destroying some vitamins … 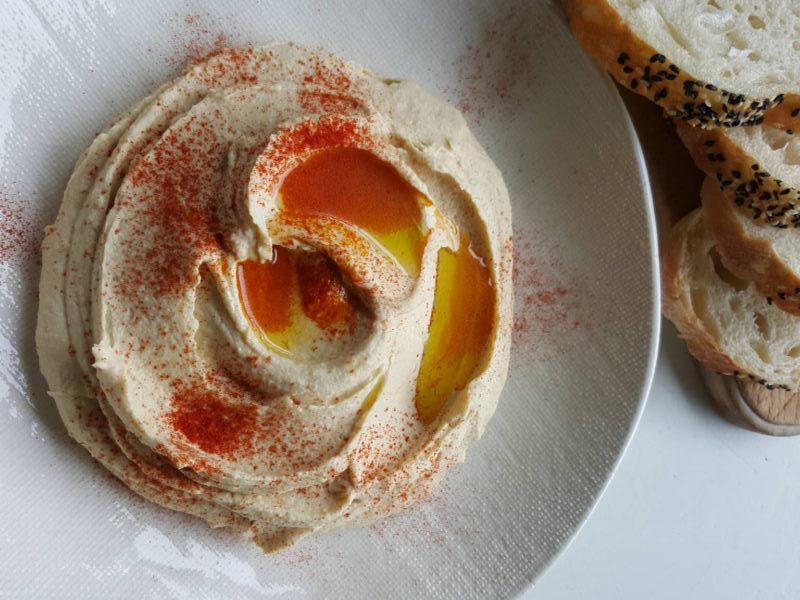 It seemed every recipe for hummus I came across in a modern recipe book suggested adding bicarbonate of soda to the cooking water. I heard people talk about it on radio, saw them do it on television, and finally, I thought, they know something I don’t and I am going to try it. You probably know the result: the chickpeas cooked down quickly, the skins were easy to flick off, and it blended into the most gorgeous hummus that was at once rich, thick and creamy, but also as light as a feather in the mouth. I had found hummus nirvana. Yep, stuff the vitamin loss, I’m going to indulge in hummus made this way forever, because I reckon if I eat enough of it, the little amount of vitamins that still remain, will suffice anyway. I suggest you do the same.

One last point, which is too important to overlook, is the soaking time. You cannot skimp on this. For optimum results, soak chickpeas for about 18 hours, or longer, (fewer farts guarateed!). 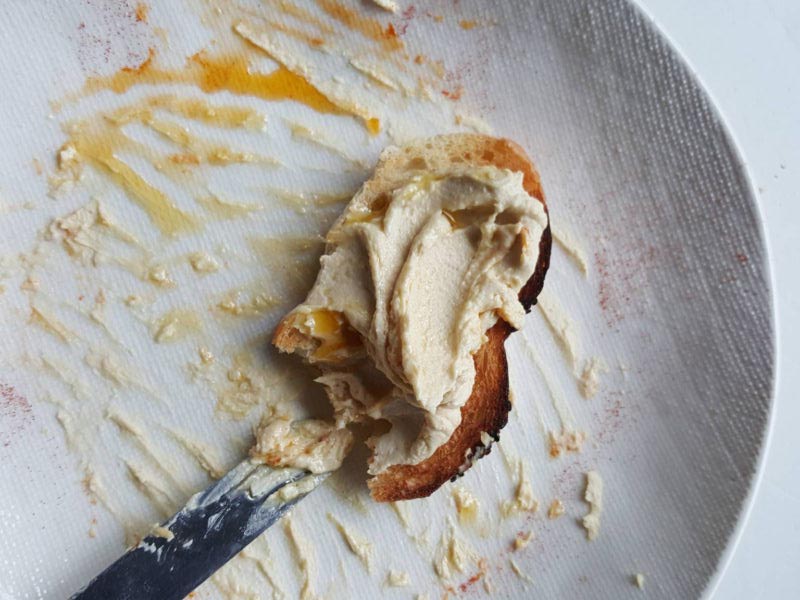 Should have made more

Pineapple – Easy to prepare when you know how
Removing the eyes (little pesky bits) from a pineapple, and the core, ensures a tender mouthful of juiciness with every slice.
The remarkable date
Dates are seriously good for you. True!
Roast Fillet of Beef with Herb Crust
Pink and juicy, succulent and tasty, perfect beef guaranteed.
KISS Berry Platter
KISS – Keep It Simple Stupid!
Best-ever plum jam
What's this little bundle of joy? Read the 101 of jam making here and you'll be away ... tips galore!