What’s a tangelo all about?

Of all the citrus tangelos are the juiciest, the most bracing, offering fresh acidity tempered with gorgeous sweetness – an irresistible fruit which is best eaten at the sink, or cut into segments, or squeezed. They’re a cross between a grapefruit and a mandarin and capture the best of both these fruits. 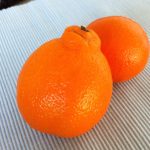 A mandarin orange, generally shortened to mandarin (citrus reticulata), and which is often referred to as a tangerine, is a small orange-like fruit, though slightly flatter than an orange, with loose skin which is easily peeled, and flesh which separates neatly into segments. Mandarins are generally less acidic than oranges and can contain many seeds, few seeds or none at all. It’s believed they originated in India and were cultivated there and in China at least 3000 years ago from whence they traveled to England, Europe and Australia in the early 1800s, arriving in these places later than other citrus fruit. Sometime later the Italian Consul stationed in New Orleans planted a mandarin tree in his garden, and from here they traveled to Florida and California. Darker-skinned mandarins imported into America from Tangiers at the end of the 19th century became known as tangerines and this is the name the English adopted for mandarins, but according to the late Alan Davidson in The Oxford Companion to Food, tangerine is now used specifically by the English for mandarins grown in the Mediterranean region.

The Americans went on to develop a hybrid using a sweet orange and a mandarin which they called the Dancy tangerine, named after a famous 19th century grower (if this hybrid had been named the Dancy mandarin the puzzle might have been easier to unravel), and here you have it, the Dancy tangerine was crossed with the Duncan grapefruit to make the tangelo, or, at least I can say with some assurance, the varieties Minneola, Orlando and Seminole. 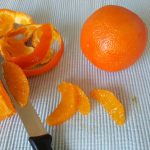 As for the grapefruit, it’s a modern fruit, a descendant of the pomelo, probably an accidental hybrid of pomelo and sweet orange, discovered growing sometime before 1750 in Jamaica, and so called because the fruit grows in clusters like a bunch of grapes.

The Duncan grapefruit, also named after the grower who developed it, has a yellow skin and pale lemon coloured flesh and is sweet and tart at the same time but it has pips, and has largely been replaced by seedless varieties such as the marsh grapefruit. The yellow-skinned orange-fleshed less-acidic grapefruit most of us have growing in our gardens here is the New Zealand grapefruit, originally known as poorman’s orange (changed to Goldfruit in 1981 to make it more marketable), which may in fact be a mandarin and pomelo cross, meaning it is a type of tangelo rather than a true grapefruit. No matter, we use it as a grapefruit, and at this time of year, the fruit has sweetened considerably and doesn’t need added sugar to make it palatable. What’s a pomelo? A big mother-of-a-citrus fruit, weighing up to 10kg, with a thick easy-peel skin and segments which can be juicy or dry, sweetish or tinged with bitterness.

Confused? Let’s just stick to tangelos as we know them in New Zealand. 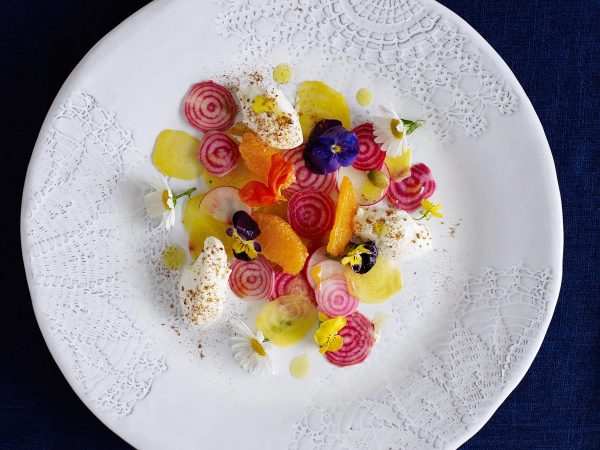 Although the tangelo is a hybrid between a mandarin and a pomelo or grapefruit, it doesn’t have the flattened shape of the mandarin, nor usually the size of the grapefruit. It’s easy to peel and is wonderfully juicy, which is its greatest asset. My pick of tangelo varieties is the Minneola, a large fruit with a scented slightly pock-marked deep orange skin with an elongated neck some refer to as a nipple (well, the navel orange has its tummy button!). The fruit is sweet and juicy, sharp and fresh, and the skin easily removed by breaking the bump at the top. Orlando, a variety developed in Israel, is nice and juicy but milder than a Minneola (Minneolas can be so sweet and sharp that they make your mouth salivate and induce a slight sweat). Seminole tangelos, widely grown in New Zealand, also have a high juice content.

The ugli fruit, produced from a chance seedling discovered in Jamaica, is classed as a tangelo but grows to about the size of a grapefruit or bigger. Its sweetly-scented yellowy-orange or greenish-yellow peel is easily removed and the flesh, unlike that of other tangelos, is honeyish with just a mere lick of bitterness. Some varieties of ugli are a cross between grapefruit and orange rather than grapefruit and mandarin, so goodness knows where they fit in.

Tangelos are usually eaten fresh, not cooked, as cooking dilutes their flavour, but the peel is often used in cooking, either in marinades or stuffings, or added to the pan when deglazing or to the barbecue hot plate towards the end of cooking.

Clementines originated in Algeria and are a cross between a mandarin and a Seville orange. Round in shape with shiny easy-to-peel skins, few pips, and sweet juice with a hint of sourness.

Tangor and ortanique are other names which crop up. The tangor is a cross between a mandarin and a sweet orange as is the ortanique, and just like the ugli fruit, the ortanique comes from a chance seedling found in Jamaica.

The Satsuma mandarin, developed in Japan in the 16th century is sometimes divided into a separate species. This small and squat fruit is a cross between a mandarin and a sweet orange, is less acidic than most varieties, and its baggy skin is easily removed. It is favoured in cooler climates because it can tolerate the cold. New Zealand currently produces over 9,000,000kg of Satsumas annually. 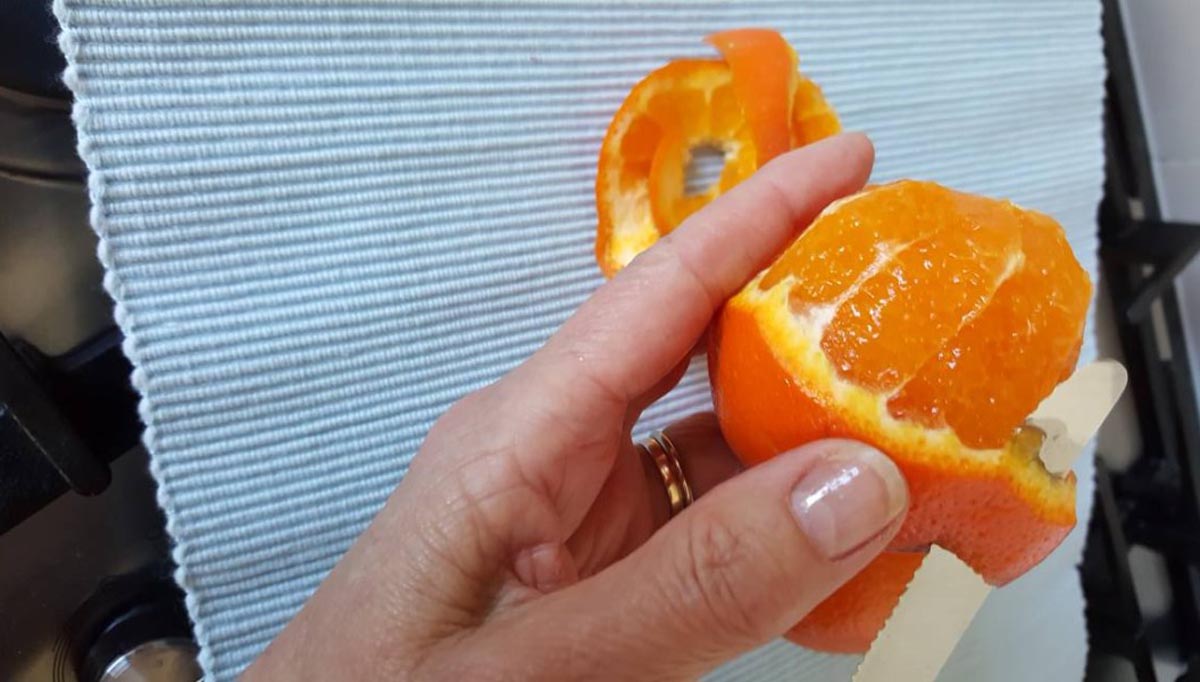 A Spooky Little Salad
Bursting with colour and crunch, what might seem like an odd combination – and there's no denying that tangelos and sugar snaps don't often cosy up to each other on the same plate – is actually sensational! Read more
Tangelos – new season fruit has arrived!
Sharp and bright, great in the glass, and to finish off rich dishes, tangelos pack a powerful citrus flavour. Read more
Witloof & Tangelo Salad
Crunch, juice, colour, taste – one of those !!!WOW!!! salads. Read more