I wrote extensively about fennel in Shared Kitchen in October last year. You can read the full posting here Fennel

I’m writing about it again, because some plants I left in the garden have gone full circle from baby fennelettes to mature daddies, then the plants flowered enabling me to gather fennel pollen, and now they are full of the most glorious thing: plump green fennel seeds!

The flavour of fresh fennel seeds is intense, and you need to store them in a glass container with a tight fitting lid or your whole pantry will smell of fennel, but they add such incredible flavour to food.

Just to recap, fennel is native to the Mediterranean and has four edible parts: the leaves (and stems), used as a herb, the seeds, harvested from the flowers, and the bulb. Fennel pollen is also collected and used as a condiment (it has an intense anise flavour). To collect fennel pollen, put a plastic bag around the flower head, and shake the flower to release pollen. It takes an age, and you will collect just a little from each flower. Maybe that is why it sells for an exorbitant price! Store it in an airtight jar and sprinkle lightly over cooked dishes. 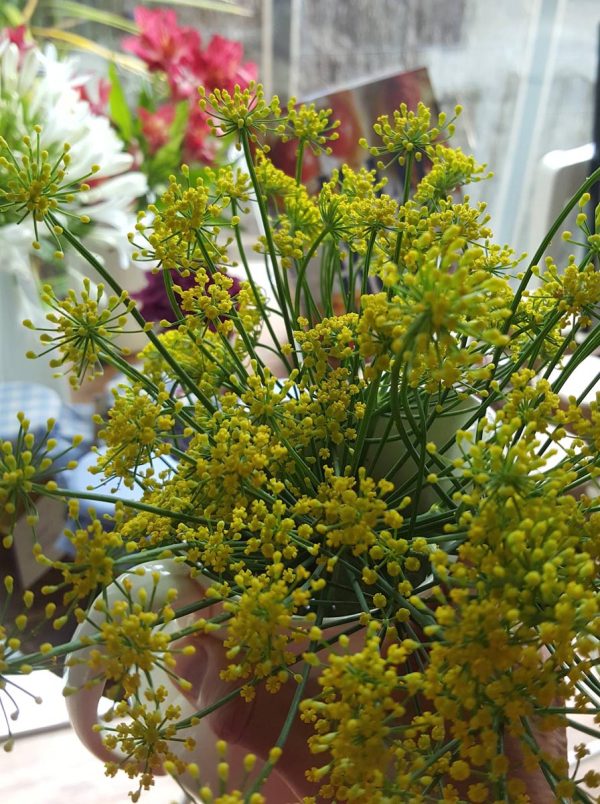 Fennel seeds are a component of the Indian spice rack, used in curries and sweet dishes, and as an after-dinner breath-freshener and digestive. Loved for their aniseedy perfume and taste, fennel seeds add a layer of sweet spicy flavour and a zesty freshness. The seeds are often toasted in a dry frying pan before using and this mutes the anise taste and imparts a pleasant hint of bitterness. 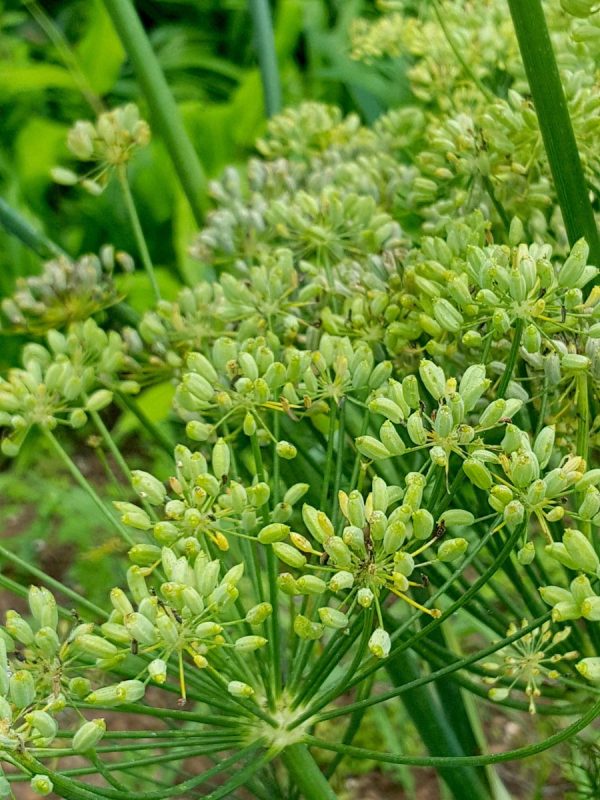 There’s a lot of wild fennel growing in New Zealand, but it’s not advisable to use it for culinary purposes unless you are sure the plants have not been contaminated by traffic or animals, and that the plants have not been sprayed. Buy the plants and let them run to seed. Harvest the seeds just before they’re ripe, while they’re still supple and green. Air-dry them, then store airtight – they’re incredibly fragrant and if you’re not careful, everything in the pantry will smell of fennel!

Use the stems with feathery leaves attached on the barbecue to flavour fish. Throw into the ashes when the fish is just about ready to come off the barbecue. The leaves will easily catch alight and singe the fish imparting a hint of fennel (this is best if the fennel is a little dry). Use small quantities of finely chopped fennel leaves to flavour fish dishes, or in simple egg dishes, or in a potato salad. The pale green leaves are sweeter than the more mature deeper green ones.

Florence fennel is the variety that forms a bulb. With a name like that it’s hardly surprising that it’s particularly popular in Italy where it is called finnochio. 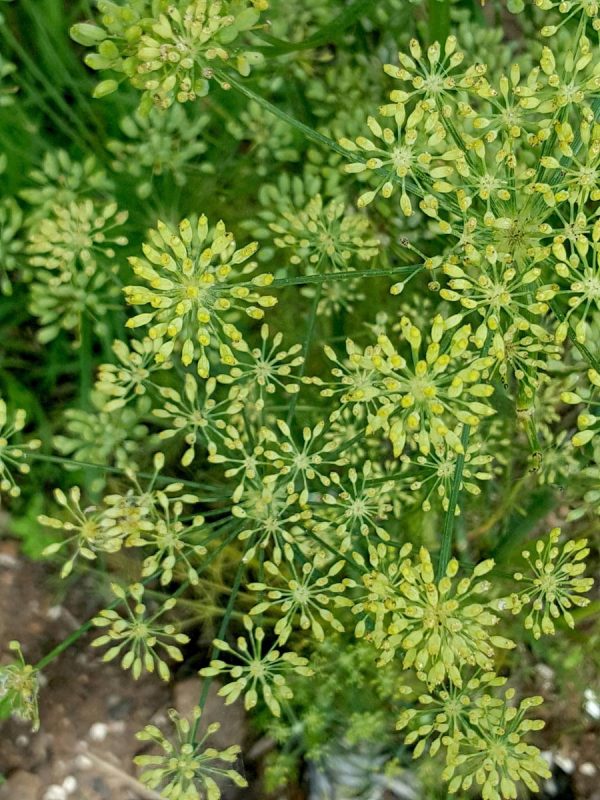 Fennel seed is well known as an appetite-inducer, and as a digestive aid. It is used in infant preparations for colic and can help adults suffering from flatulence.

The seeds are used in sweet and savoury dishes. Use fennel seeds in baking, or in bread sticks or focaccia. Fennel seeds are often used with pork, which takes the longest of meats to digest, to aid digestion. Try adding the seeds to a stuffing for pork roasts using a loin or fillet of pork, or add to marinades for pork cutlets or chops.

Give cabbage a lift with a handful of fennel seeds. Soften crushed garlic in butter with fennel seeds, add chopped cabbage and cook several minutes, turning with a wooden spoon, until the cabbage has wilted. Season with salt and pepper and serve steaming hot. This is great with roast pork, cutting the richness.

For a seriously good fish, rub a whole fish with oil and lemon juice, season with salt and transfer to a large piece of tin foil. Scatter with fennel seeds and chopped black olives and wrap the fish in foil. Cook until the eyes have just turned white and the fish has just lost opaqueness (it will continue to cook as it stands). Delicious.

And try these delicious dishes with fennel: 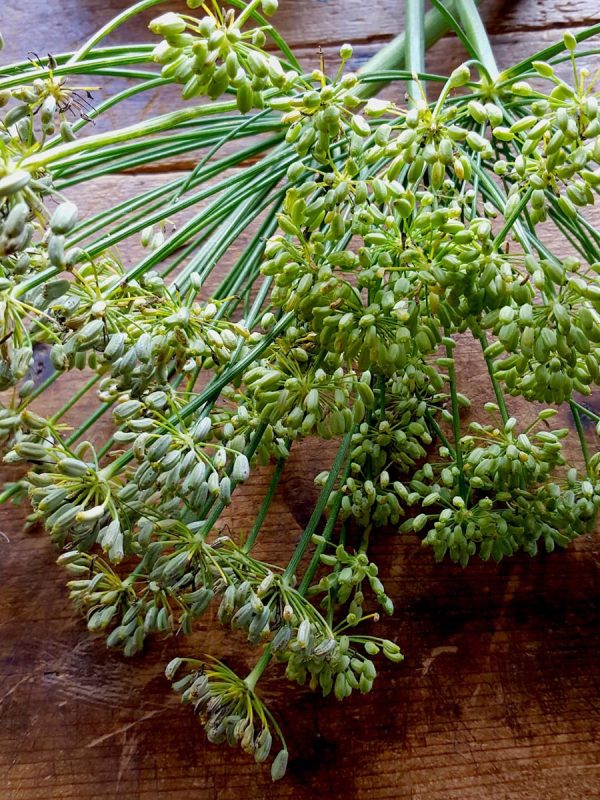 Leave fennel seeds on the stem and dry somewhere free of dust and insects.