Lentils (lens culinaris) are probably the oldest cultivated legume, and along with wheat and barley are traceable to 7000 B.C. They’ve mainly been a food of the poor, and at times have been reviled and considered only fit for animal fodder. Fortunately, the sheer brilliance of them as a cheap and good source of protein always brings them back onto the table.

Soya beans contain the highest amount of protein of any vegetable, around 37%, followed by lentils with around 25%. This protein is known as incomplete protein, and differs to meat which contains complete protein. The interesting point here is that if lentils are eaten with a cereal, wheat for example, around 30% more of the protein becomes available to the body. Legumes lack methionine, but contain lysine, both amino acids. The reverse is the case with cereals such as wheat. If cereals and legumes are eaten at the same time, the protein becomes complete. If lentils are eaten at the same meal as, say, bread, and a dairy product, such as cheese or yoghurt, the meal will yield as much protein as a meat-based meal. This knowledge was used in ancient times and assisted survival when no meat was available.

As well as protein, lentils contain good amounts of iron, calcium, potassium, thiamin and nicotinic acid. They are low in fat, and high in dietary fibre and carbohydrates, and the carbohydrates are easily digested. Most types are inexpensive, and all are versatile. Vitamin C is produced if the lentils are sprouted. (Sprout them only until the growth is the same length as the seed.)

Lentils are a seed and grow in pods on plants. They can be sold whole, or ‘skinned’ after which they are known as split lentils. That’s because when the outer skins are removed the lentils split naturally into two lens-shaped halves (round and flattish in shape). They vary in size and colour. Split lentils are preferred because they cook more quickly than whole lentils.

The most common types are the brown lentil and the red lentil (the red lentil when split, is more salmon-coloured than red). French lentilles du puy are small, dark greeny brown lentils. They are protected by an ‘appellation d’origine’, in the same way fine wines are. They are highly sought after because they retain their shape after cooking and have a chewy texture and a nutty, earthy taste.

Split red lentils cook more quickly than other lentils and disintegrate on cooking. They make a fabulous purée and shine in soups and dals. They’re also used in patties and samosas. The lentils lose their salmon colour as they cook, becoming more yellowish, and have a mild flavour with a delicate nuttiness.  Whole red lentils are sometimes available. They take longer to cook than the split variety and are a little chewier to eat.
Brown lentils are the second most common type of lentil in New Zealand (following split red lentils). They will retain their shape if not overcooked, and can be used as a side vegetable, in salads, or to stuff vegetables. They have a pleasant earthy-nutty taste. 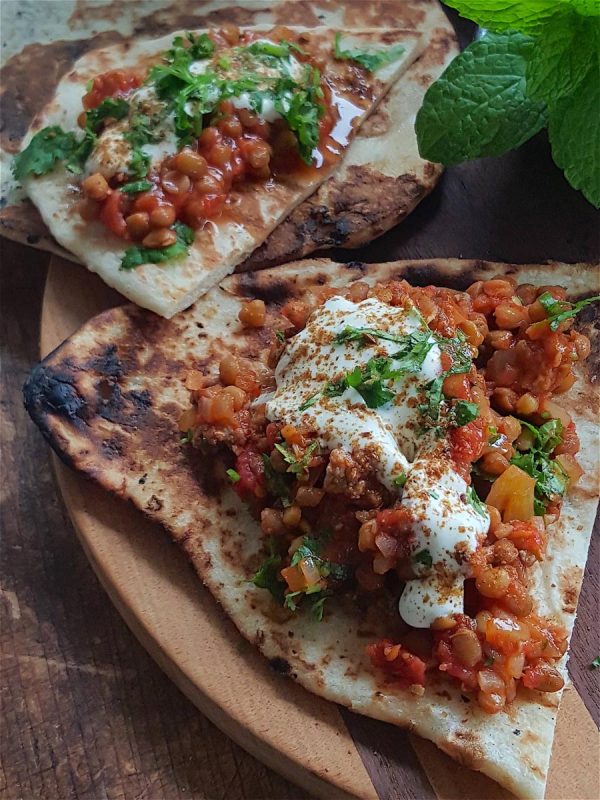 Lentils originated in southwest Asia but their use is widespread throughout Asia, the Middle East and Europe. Many lentils go by their Indian names as various dals (alternative spelling: dhals). It gets a tad confusing from here on in. The word dal is also used to name a dish of cooked pulses (lentils, peas or beans). It can be made with whole unpeeled pulses called gram, or else with ‘dal’ which are split skinned pulses. Alan Davidson points out in The Oxford Companion To Food that not all so-called lentils used in Indian cookery are from the family lens culinaris, but are from other species.

Unlike other pulses, lentils do not need soaking, but they should be ‘picked over’ before cooking. Tip them onto a clean bench and check them over for grit or damaged lentils. Transfer to a sieve and rinse thoroughly under running cold water to remove dust, but don’t rinse them until you are ready to cook or they’ll stick together. Let the cold tap run over the lentils for a few minutes while you agitate them with your hand and continue doing this until the water is no longer cloudy. Give them a good shake, then proceed with the recipe.

To cook lentils, put them in a saucepan with plenty of water to cover, bring to the boil, then lower the heat and cook, partially covered with a lid, for 20-40 minutes, until just tender but still retaining shape. The only way to know if they are ready is to try one! Don’t salt lentils until after cooking, because salt can toughen them making it difficult for them to become tender. Acidic ingredients, such as lemon, tomatoes and wine can also slow down the cooking process.

Whether you use lentils as a vegetable accompaniment, with or without meat, to stuff vegetables, or meat, in soup, or as a dal, you’ll find their earthy character takes to spices, garlic, ginger and onion, woody and soft-stemmed herbs, lemon juice and yoghurt, and salty and umami  flavours such as bacon and black garlic, among other things.

There’s no denying that when it comes to lentils, dishes like soup and dal can look a bit sludgey (brown!), but a sprinkle of chopped parsley or coriander can work wonders, as can a little diced tomato with baby mint leaves or a dollop of yoghurt and dusting of paprika or chilli powder. And as you develop a taste for them, the appearance becomes less of an issue.

Reference material used in this article:

The Oxford Companion To Food by Alan Davidson, published by Oxford University Press

On Food and Cooking, The Science and Lore of the Kitchen, by Harold McGee, published by Simon and Schuster 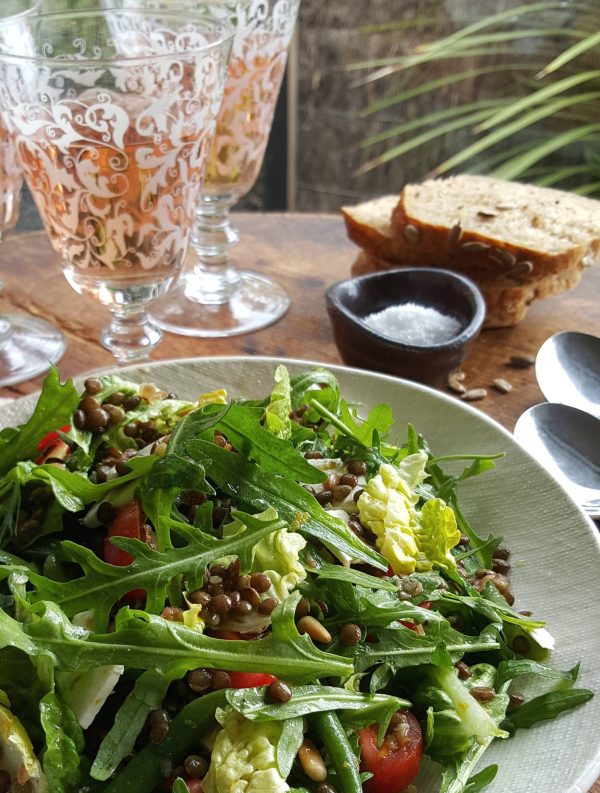 Chicken Stock
A pot of stock is like a pot of hope - there are endless possibilities. Read more
Sweet Corn Quiche
A quiche worth making Read more
Baked Eggplant & Peppers with Mozzarella
Not quite vegan, though still delicious without mozzarella, this makes a stunning centrepiece for a vegetarian meal. Read more