Oh, how I fell for Rachel Khoo, as she danced across the screen in her pretty pastel summery dresses, gathering baguettes and pâté, runny cheese and spiky artichokes in a wicker basket, flitting from gorgeous food emporium to artisan market and back to her tiny Parisian apartment. How I kicked myself for not doing that when I was young, how I wished I was her: carefree, colourful and crammed into the tiniest kitchen space imaginable from where she cooked for paying guests. Food trucks be damned, this was home cooking in her space, in her face, just about literally, as she enticed willing punters to join her around her mini table in her teeny kitchen to indulge in her passion: fabulous French food.

Rachel’s a graduate from Central Saint Martin’s College of Art and Design in London, but it was a sweet tooth that lured her to Paris, to the hallowed doors of Le Cordon Bleu Institute to do a pastry diploma. Now I’m a graduate of Le Cordon Bleu, an Ambassador for the school, even, but did I think to go off and cook in a tiny apartment kitchen somewhere and ask people to pay for it? No. I. Didn’t. Quite simply, my envy knows no bounds. Rachel Rachel Rachel. I love your colourful clothes, your pouting panache, your saucy eyes, your je ne sais quoi. Can you bottle that and send me some? I thought not.

In 2016 Rachel untied her Parisian apron strings and hopped off to Sweden. She’d met a bloke, see, a Swede, and they got hitched, moved to Sweden and had a baby. I’m not sure in what order, but it doesn’t matter because Rachel’s at it again. Yep, she’s just written her 6th book: The Little Swedish Kitchen. You’ll find some surprises … don’t go expecting it to be full of nice little dinners the likes of which you may have been cooking for the past 20 years. No, some of these might make you feel uncomfortable: Spelt Pudding with Cinnamon Honeycomb (thought I would ease you into them); Praline & Parsnip Cake (sounds alright – but it’s got little plastic reindeers on top though so I’m not sure); Gingerbread and Blue Cheese Biscuits (oh yeah, I’d gobble those up); Black Pudding Buns with Lingonberry (pass); Boar Burritos (first catch your boor – plenty of those around!); Okay, that’s enough of the things I am probably not going to make. Here’s some I will: The Chocolate Cake The Dog Ate (well, you just have to …); Smoked Sausage Stroganoff; Vasterbotten Pie (because I like the name!); Roast Rhubarb & Custard Magic Cake (gotta try); Swedish Schnitzel Sandwich (dukkah-crusted schnitzel!); St Lucia Saffron Buns (‘cause my daughter’s middle name is Lucia); Seafood Saffron Stew (rich, creamy, golden, mmm); Apple & Cheese Spelt Buns (yum); and, the first thing I will go for: Swedish Bean Balls with Butterbean Mash. Butterbeans are blended with cauliflower as a sauce, the balls are made with porcini mushrooms, spices, flax seeds, kidney and black beans, and the gravy from Marmite and cream. Whoa! I’m up for a big helping there Rach!

Rachel pops up on many pages. Gone are the fun floral frocks of France, instead she is wrapped in warm jackets and scarves, boots and gloves, but her irrepressible jaunty twinkle shines through as if she’s just seen her first snowflake. Oh yes, I’m still very much in love. 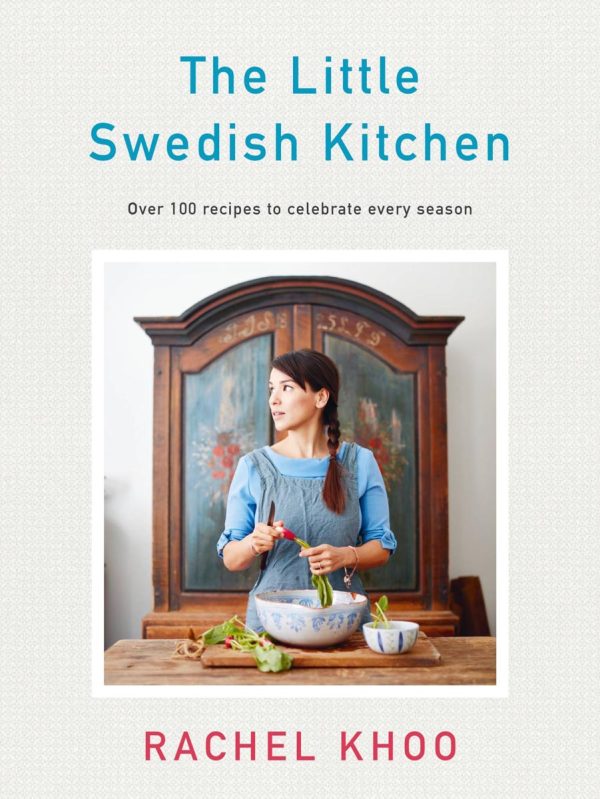 Humpf’s gotta go …
I DON'T WANNA GO TO REHAB ... I said NO, NO, NO! Read more
Baked Mushrooms with Sourdough Croûtons
You just know these are going to taste delicious ... so get making them! Read more
Pink Salad – something to cheer you up
More. More. Give me MORE! Read more