Polenta is a type of porridge, usually made from ground corn, which is cooked by slowly adding it to boiling liquid, usually water or sometimes milk, and cooking until it thickens. In its most basic form it is filling and nutritious, and while it can be served as is, like a potato purée, enriched with butter and cheese, or topped with a meaty sauce or stew, it can also be left to cool, then cut into shapes and assembled with sauce and baked, or fried in hot oil until golden and crisp, or brushed with oil and grilled.

It was the Venetians who first brought corn (maize) from its native Mexico to Italy several centuries ago where it replaced millet and spelt (a species of wheat) in the typical porridge or gruel popular at the time. We’ve moved on a bit since then thank goodness!

Polenta’s usually a rich golden colour, but there’s a white and considerably blander variety that’s popular in the Veneto, and while polenta is usually made from ground corn, there’s a buckwheat variety that is a specialty of Treviso. However it comes, it’s a staple food in northern Italy, especially in the Veneto and Lombardy regions, where one is likely to see more acres of corn growing than of grapes.

The Tuscans are fond of it too, serving it in a steaming mound topped with meat ragu, or frying it in wedges to nestle under rich game birds, or in place of toasted bread with hot antipasti.

‘Instant’ or quick-cooking polenta takes about 5 minutes to cook, but regular polenta, which takes around 25–40 minutes, definitely has a deeper, richer corn taste and ‘gruntier’ texture. Guess which type I use! In Italy, polenta is often sold pre-boiled, in a slab, ready to fry, grill or bake. 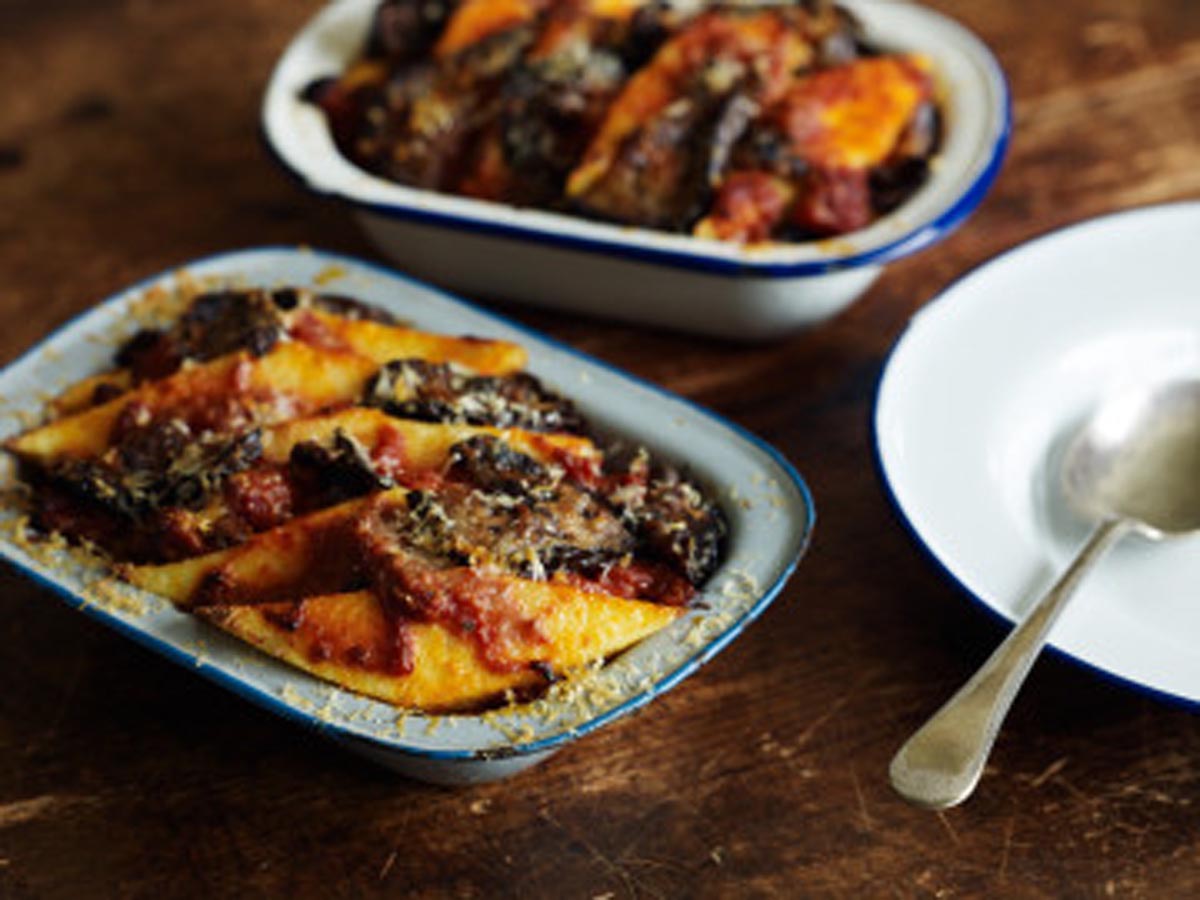 Polenta Pie with Eggplant
Holey Moley, this is just the thing for a freeze-ball night. And it feeds a crowd, and reasonably cheaply, too. BUT there are a few steps to it and it's not the sort of thing to try and whip up at 6.00pm. Read more
Porcini Ragu
Authentic porcini and meat ragu ... it can be softened with a swirl of cream for the faint-hearted. Read more
Porcini Mushrooms
Porcini have a smell of the woods about them ... Read more