Not only did they receive a silver medal for their Picual oil in the hotly contested ‘robust’ category, and golds for their Waiheke blend and Frantoio oils, but they got top of the podium with an outstanding win of Best in Class for their ever-popular Waiheke Blend.

The grove was one of only 12 southern hemisphere producers of extra virgin olive oil to win a Best of Class Award, the only New Zealand oil to win such an accolade. 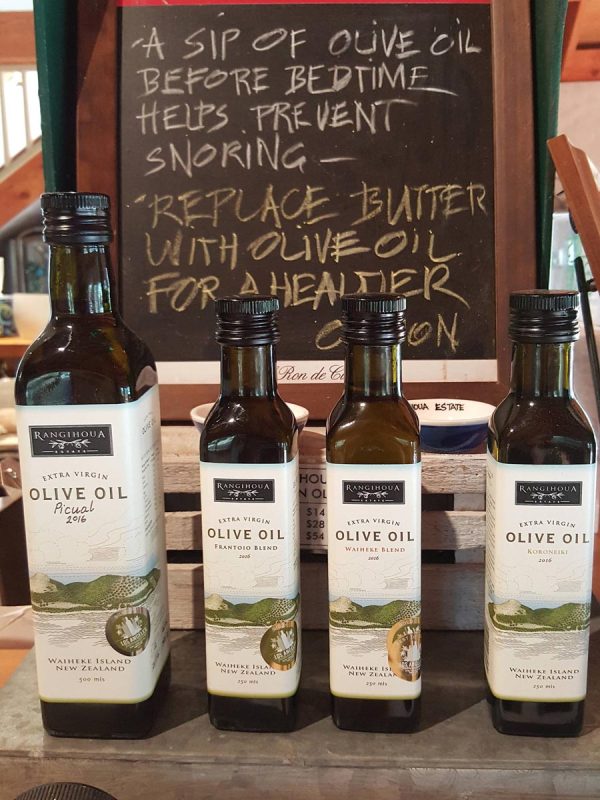 The oils were blind tasted by a panel of experts and judged on aroma, taste and harmony of the oil in the categories ranging from delicate to robust.

It is Rangihoua’s tenth Best of Class medal since the grove started competing at the international awards in 2003.

Estate owner Anne Stanimiroff said the season started off a little less than promising. “It was a challenging year because we had a wetter summer overall which meant some of the early fruit was tasting a bit washed out. Fortunately, April and May were dry, and that helped with the quality of the fruit which ultimately enhanced the flavour profile.”

Anne is now all set now to enter all four Rangihoua Estate oils into the Flos Olei awards in November (the Koroneiki oil could not be entered into the Los Angeles competition this year because it was under the 3000 litres requirement). 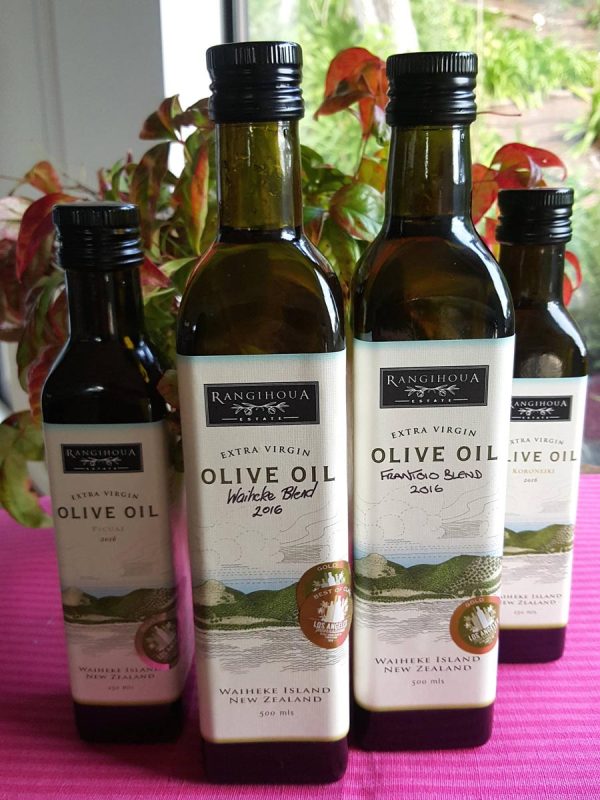 Waiheke producers clocked up an additional two golds, five silvers and two bronzes which can only enhance the island’s reputation as a consistent producer of outstanding extra virgin olive oil. 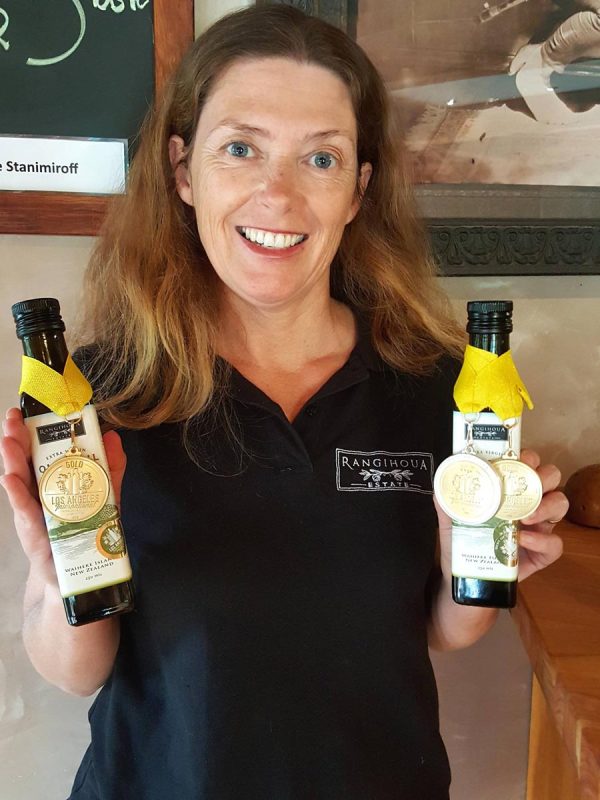 What? Pigs in Orapiu?
Crank up the fire and gather around as Paula and Ignacio cook up a harvest feast. Read more
Liquid gold
Exquisite! Just pressed olives yield olive juice – OIL! Read more
The olive harvest is in on Waiheke Island!
The olives are looking good! Read more