Verjuice is the juice of unripe green grapes used as an acidulant in the same way you would use lemon juice or vinegar, but it’s milder than both of these, with a sweetish fruity presence. It was probably developed in frugal times as a way of using up unripe sour grapes, or grape thinnings taken off the vines during grape growing, or made from other tart and sour fruit such as gooseberries and crabapples which could not be used up in any other way. It was also made from sorrel, a very lemony-tasting green leafy herb, and this may have given the condiment its name which translates as ‘green juice’.

While it can be used in place of lemon or vinegar in dressings such as vinaigrette, its greatest role is in deglazing a pan after cooking chicken, game or fish. Splash it into the pan the same way you would wine or stock, dislodging any flavour-filled crusty pieces, then let it reduce down until syrupy. Either pour the syrupy juices over the cooked food, or return the cooked food to the pan and turn it to coat in the juices. The slight caramelly fruitiness adds another dimension to the finished dish. 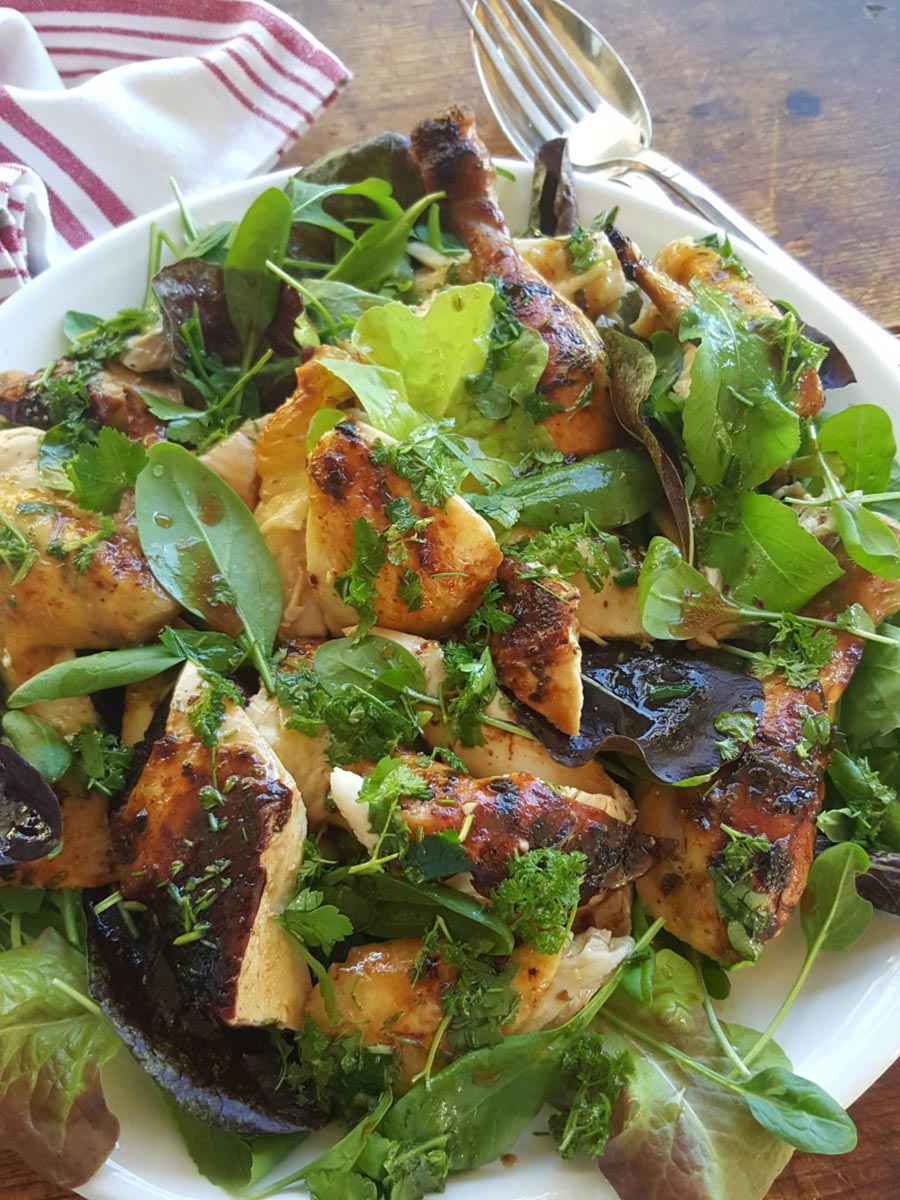 Cauliflower with Verjuice
Cauliflower spans the seasons as this dish shows. Read more
Ricotta-stuffed Chicken Breasts with Verjuice
One of my fave chicken dishes – guaranteed succulence every time. Read more
French Roasted Chicken
Succulent chicken that falls off the bone – here's how to do it! Read more